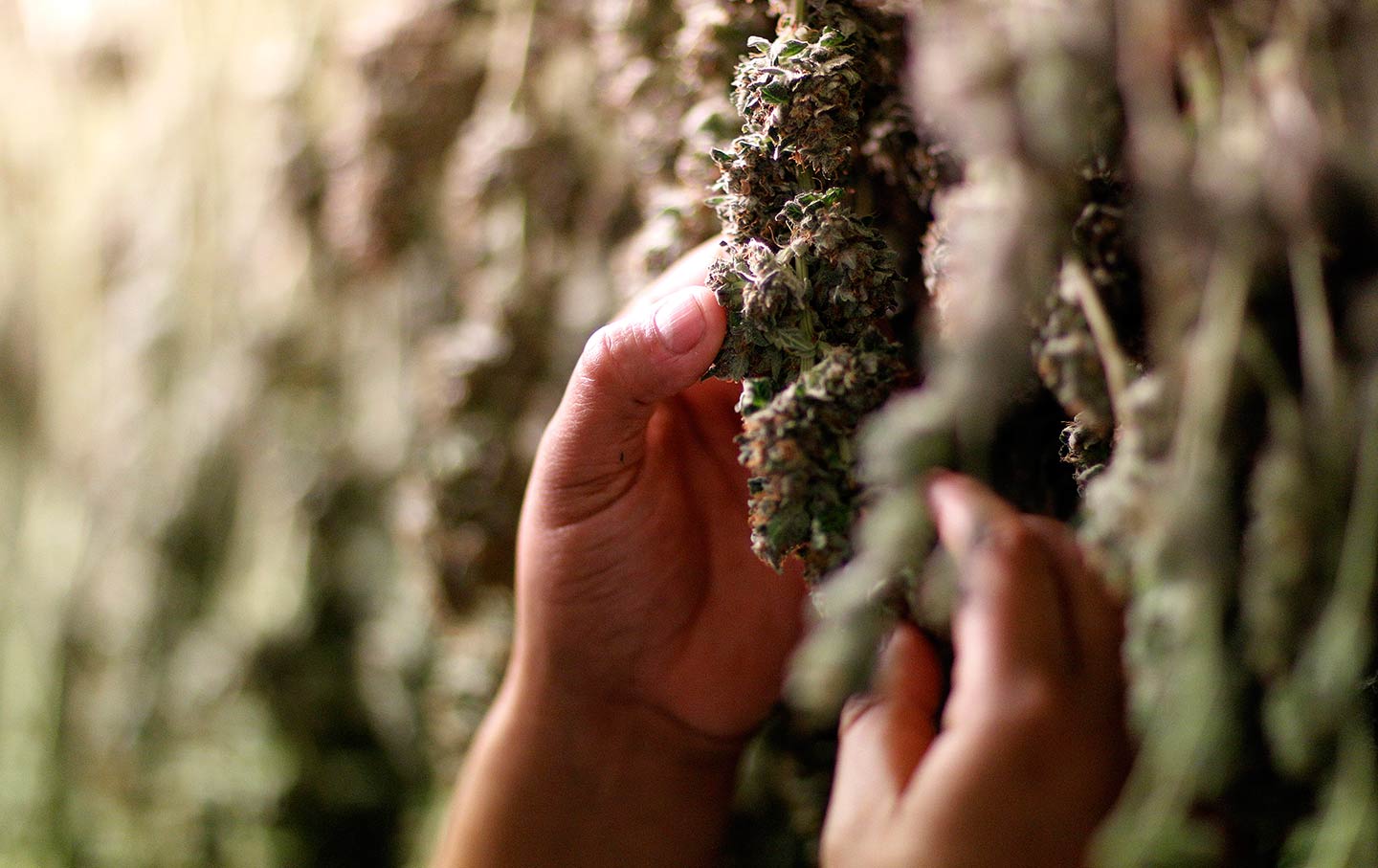 The US government is headed toward a possible shutdown, as President Donald Trump appears ready to make a hard ask for border-wall funding and removal of federal funds for so-called “sanctuary cities” and possibly Obamacare subsidies. It’s not likely the votes exist in Congress for that funding.

Flying beneath the radar is an existing budget measure that forbids the federal government from interfering in state-level medical-marijuana programs. If it is not renewed as part of a new spending package, an administration that has taken a very hostile position toward weed will have a green light to go after the medical marijuana operations that serve 199.7 million Americans.

The Rohrabacher-Farr amendment expires on April 28, along with the continuing resolution that funds the government. It prohibits the Department of Justice from spending any funds that stop states from “implementing their own State laws that authorize the use, distribution, possession, or cultivation of medical marijuana.”

When this amendment first became law in 2014, the Obama administration tried to ignore it by asserting it could still prosecute cases against individuals or businesses in states with medical-marijuana laws. But several federal courts smacked down that interpretation, saying it “defie(d) language and logic.” The provision is now widely understood to prevent any raids on medical-marijuana operations nationwide.

Expiration would change all that. And several top Trump officials appear hostile to legalized marijuana. Representative Tom Marino, who Trump will reportedly name to the head of the Office of National Drug Control Policy, voted against Rohrabacher-Farr. Attorney General Jeff Sessions said recently that “I reject the idea that America will be a better place if marijuana is sold in every corner store,” and added that “Our nation needs to say clearly once again that using drugs will destroy your life.” He created a task force to “review” federal marijuana policies.

So renewing the amendment has taken on new urgency for the medical-marijuana industry and the patients it serves. But congressional proponents are optimistic.

Representative Earl Blumenauer, a Democrat from Oregon, co-founded the Congressional Cannabis Caucus and has taken over stewardship of the amendment from Representative Sam Farr, who retired last year. He spoke to The Nation Thursday by phone, not long after doing a Reddit “Ask me anything” and visiting a marijuana dispensary in Portland. (“A lot of marijuana-themed activity today,” he noted.)

“We’ve had pretty good luck in the last three cycles growing support for the amendment,” Blumenauer said. “This Congress, we’re coming off a significant series of wins—eight of out nine elections [on marijuana laws in November] were successful. And Congress is stronger now in terms of support of cannabis.”

He feels confident the amendment will be renewed. Outside advocates are optimistic as well. “I don’t think that there’s political will to not pass the [amendment],” said Neal Levine. “When you have an issue that’s polling literally in the 90s, I don’t know if there’s going to be the political will in the Congress to hurt kids with seizure conditions, and people with [multiple sclerosis] and AIDS and cancer.”

Levine is right—support for medical marijuana hovers in the high 80s or low 90s.

“Medical marijuana and recreational marijuana are both in the Constitution of the State of Colorado, but for the most part it’s the same businesses,” said Levine, who is also senior vice president of government affairs at LivWell Enlightened Health, a major dispensary operator in Colorado. “So if you were to go after the recreational business, you would shut down down the medical market with it, even if you’re not specifically targeting that counter space.” In Washington State, the medical-marijuana program is administered through recreational marijuana centers.

But it all circles back to political willpower to make these moves. Blumenauer thinks the tide has turned rapidly, particularly among Republicans.

“There are a number of Republicans that are actively sympathetic, and others that understand this is a big business in their communities” he said. “Regardless of their personal position, it’s a reality.”