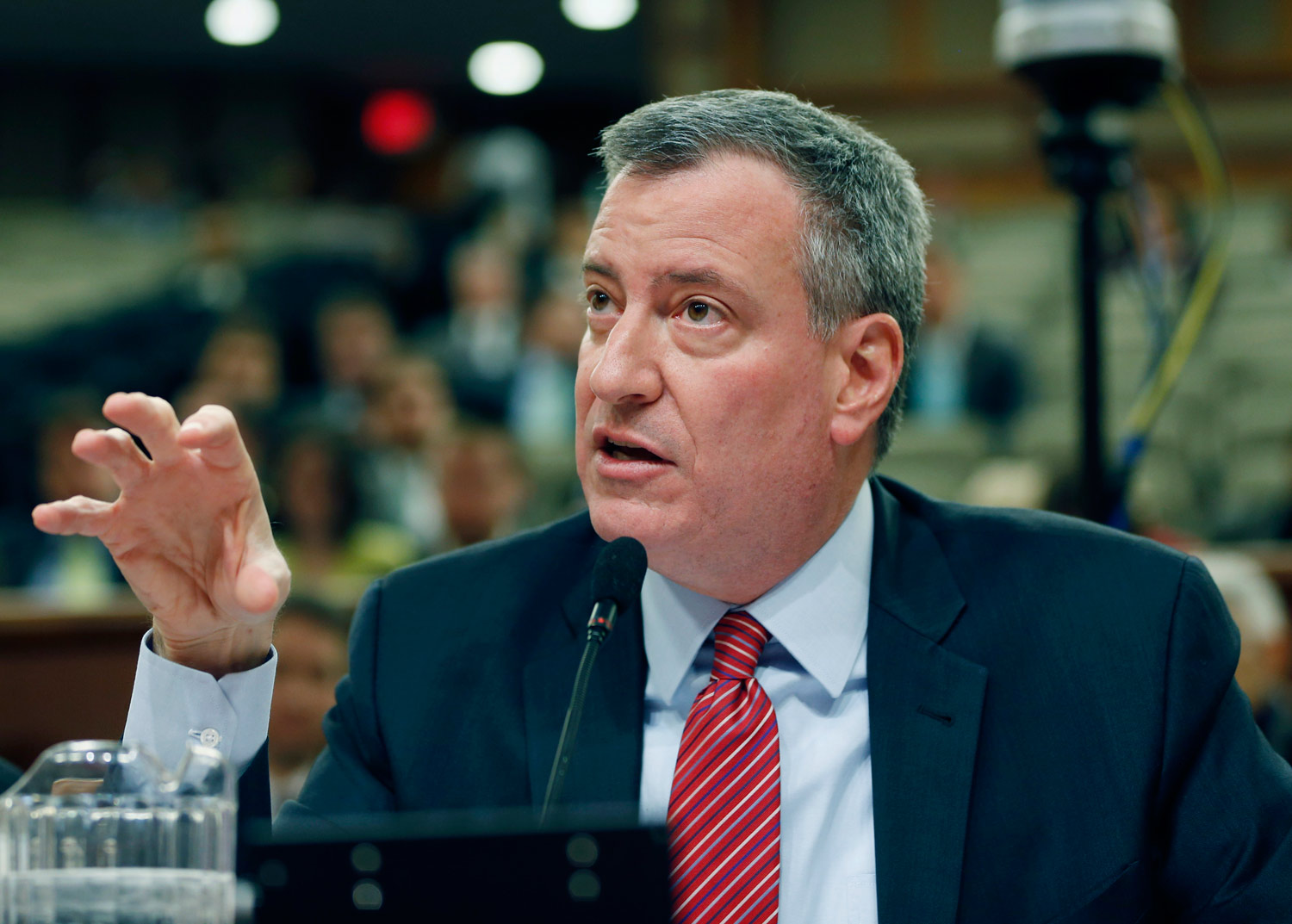 The stronger the media narrative, the lazier a journalist can be to tap into it. Arguments may be sloppy and evidence nonexistent. No matter. Once a story is “fixed,” the truth becomes an irrelevancy.

In New York City, the media have settled on a narrative that paints the new mayor, Bill de Blasio, as radical, petulant and incompetent. Thus does former tabloid gossip columnist Lloyd Grove, writing in the Daily Beast, feel free to break almost every rule of responsible journalism by inviting an anonymous source to string together a series of nasty weasel words designed to convey an alleged consensus. See for yourself: “‘After the corporate efficiency of the Bloomberg administration, there’s a sense that [de Blasio] is not ready for prime time,’ said a Democratic political consultant who asked not to be named so as not to foreclose the possibility of one day helping the mayor. ‘Everything has been kind of awkward and off-kilter…. Bloomberg conveyed a sense of professionalism and of someone very much in control. It’s not that way anymore. It seems a little amateurish.’” True, de Blasio trounced Bloomberg’s preferred candidate in a crowded Democratic primary and then ran away with the general election, winning by a nearly fifty-point margin, but he is not up to the job because—well, just because.

Casting a gimlet eye from Los Angeles, The New York Times’s Maureen Dowd is similarly dismayed. “While de Blasio came to power belittling Michael Bloomberg’s tenure, [LA Mayor Eric] Garcetti went to Manhattan before he was sworn in eight months ago to seek out Bloomberg’s advice,” she complains. Of course, de Blasio also repeatedly received advice from Bloomberg during his transition from public advocate to mayor. Like Grove, Dowd indulges in the contentless, contextless, weasel-worded anonymous quote: “While de Blasio is seen as a captive of unions and foe of business, Garcetti has pushed back against the powerful public works employees’ union and reached out to business. ‘He’s much more of a Bloomberg mayor than a de Blasio mayor,’ said one prominent C.E.O. here.” (Boy, those anonymous quotes fly fast and furious at the Times. What does David Geffen—um, I mean “one prominent C.E.O.” in LA—have to fear from New York City’s mayor that he needs to hide behind the shield of anonymity?)

It’s no secret that the punditocracy wished Bloomberg’s mayoralty would go on forever. The billionaire mayor threw really nice parties for journalists and overpays them and their friends with the money he makes servicing the financial industry. And if you’ve got an expense account, New York really is a fun city these days. But de Blasio ran quite explicitly on a platform designed to repudiate just that aspect of Bloomberg’s legacy. No longer would the greatest city in the world have a mayor who lusted after Russian billionaires buying $50 million condos. And so, while all three daily New York newspapers endorsed Bloomberg’s favored successor, Christine Quinn, de Blasio won his landslide among all those voters who wanted a mayor that cares more about pre-K students in Gowanus and Greenpoint than bonus babies at Goldman Sachs.

De Blasio has been pilloried on any number of fronts for seeking to transform the city’s government into one that serves the middle and working classes as well as the superrich—but none so much as his attempt to pull back on Bloomberg’s embrace of the charter school movement. In fact, de Blasio hasn’t done all that much in this regard: following a review of seventeen charters to which Bloomberg gave rent-free public space in 2013, he vetoed just three of them. And yet to the movement’s supporters, this meant war.

Most of the stories on this conflict failed to include any such context. This is perhaps understandable given that, through March 24, charter school proponents purchased $3.62 million in advertising, most of it devoted to attacking the mayor. Moreover, according to Times reporter Michael Powell, Success Academy—the charter school chain run by former City Councilwoman Eva Moskowitz, which operates the three schools in question (and from which Moskowitz draws a $485,000 annual salary), “paid $519,000 or so last year to SKD Knickerbocker, a prominent political consulting firm. She gave $254,000 to Education Reform Now, which in its federal tax forms notes that it educated the public on the ‘harm caused’ by the 2012 Chicago teachers’ strike.” Meanwhile, New York Governor Andrew Cuomo, who has emerged as a charter school champion, enjoyed not only cash from the Success Academy PAC, but also more than $400,000 from its corporate backers in 2011, Powell notes.

Many New Yorkers would be surprised to learn that charter schools serve a mere 6 percent of the city’s public school population. And while many have shown impressive results, they do so, as education expert Diane Ravitch points out, by cutting loose those students who don’t measure up—a luxury not afforded to public schools (to say nothing of the questionable measurement techniques they often use to trumpet their relative success). Also, charter expansion comes at the expense of the rest of the student population, since these schools eat up scarce classroom space and other resources.

And yet, for his refusal to embrace this movement wholeheartedly, Peggy Noonan writes in her Wall Street Journal column that de Blasio is a “small and politically vicious man [who] doesn’t like charter schools” because they are “too successful to be tolerated.” She then goes on to compare the “nice liberals of New York” to “frightened French aristocrats in 1792.”

Personally, I found this quote curious. After all, I’ve always liked Noonan, ever since she tried to convince me to send my daughter—a high school sophomore who has attended New York City public schools from pre-K on—to Saint Ann’s, the private school attended by Noonan’s own child. And I’ll bet my kid’s entire class knows more about the French Revolution.