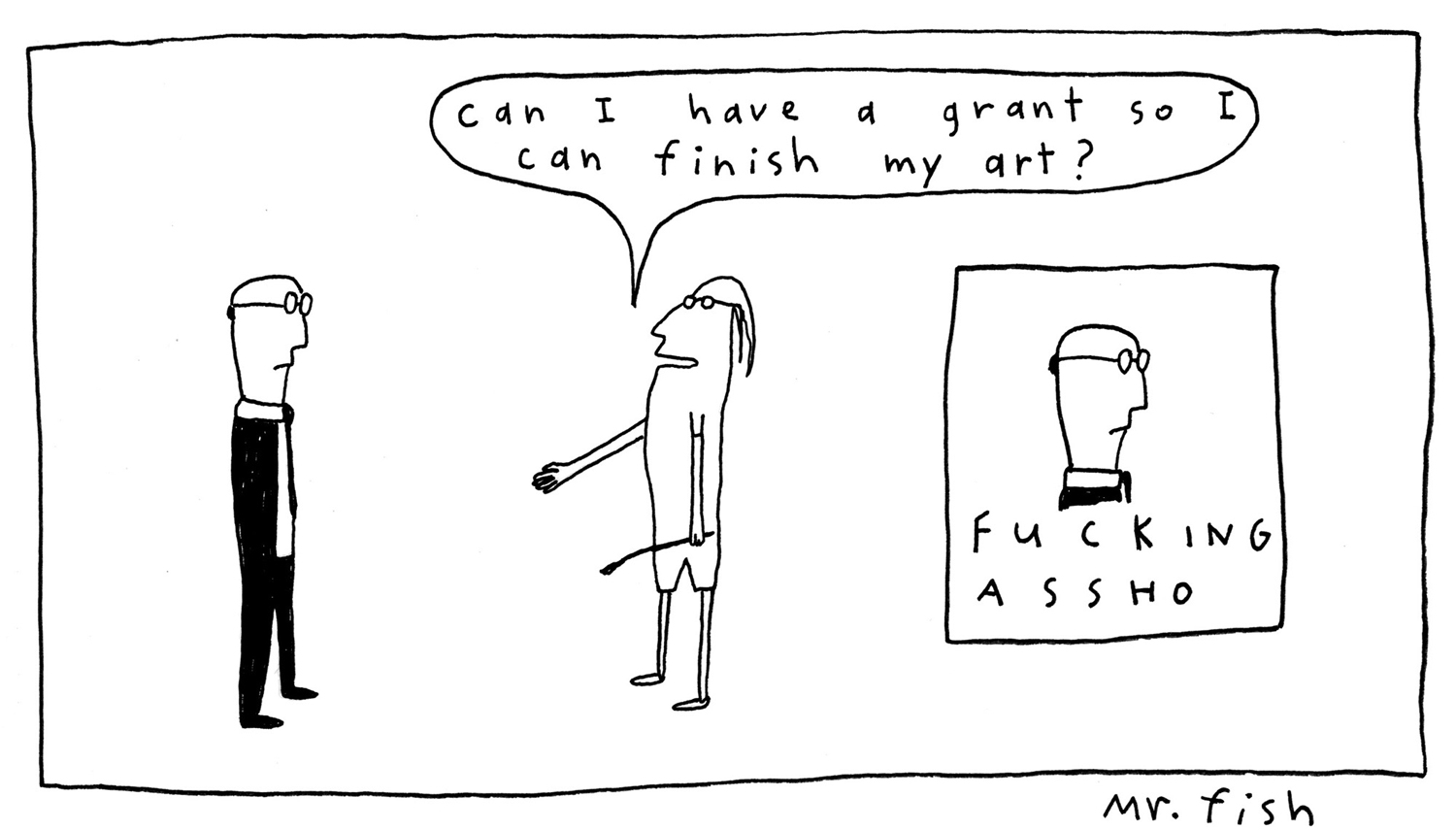 There’s a story about Gary Snyder, the ethereal poet of deep ecology, neotribalism, postmodern environmentalism and Zen Beatism, walking through a museum with a friend in the 1960s. Hoping to demonstrate that art was not a mere contrivance to distribute beauty the way that a soda machine distributes aspartame, Snyder suggested that they move through the galleries focusing only on the spaces in between the paintings. It was Snyder’s intention to show that anything invested with enough love and curiosity is magnificent, that it is one’s attention to detail that creates ecstatic experience. The friend was moved to tears upon noticing the unique imperfections in the wall and the tactility of the plaster and the minimalistic clarity of the unframed and uncaptioned surfaces surrounding him. Museums were fraudulent, he saw all at once, in their pretensions to hold all inspiring artistic ideas and every profound act of human expression.

What seemed to disturb Snyder most was that art, in order to be celebrated, must become an artifact held hostage, sometimes under armed guard, at a museum or gallery. This arrangement tended to create a scenario in which a person would walk through an exhibit of, say, Robert Minor drawings, be appropriately moved and outraged by the social injustice depicted, feel great empathy for the victims of authoritarian oppression, and then refuse even to make eye contact with the homeless woman and her child begging on the corner because they were not rendered in lithographic crayon. No act of brutality that wasn’t locked in freeze-frame upon a canvas or piece of drawing paper would ever be recognized as art, and by not being art, it would be ineligible to attract probing curiosity, meticulous contemplation, and serious reaction from anybody.

The only way to guarantee that a painting or drawing will have some effect on a person beyond his or her immediate response to it is to make the experience of it less predictable. “Art, if there is such a thing, is in the bathrooms; everybody knows that,” Bob Dylan told Playboy magazine in 1966. “To go to an art gallery…where you get free milk and doughnuts and where there is a rock-‘n’-roll band playing: That’s just a status affair. I’m not putting it down, mind you; but I spend a lot of time in the bathroom. I think museums are vulgar.” To wit, looking for the authentic art experience in a gallery is like looking for God in a church; He’s there, sure, but He’s wearing His Sunday-school shoes, smoothing His hair with a wet palm, sitting up extra straight, and pretending that He has absolutely nothing to do with fornication, flatulence, or woe of any kind. (Adapted from Mr. Fish’s new book Warning! Graphic Content: Political Cartoons, Comix and the Uncensored Artistic Mind. See his website at clowncrack.com.)