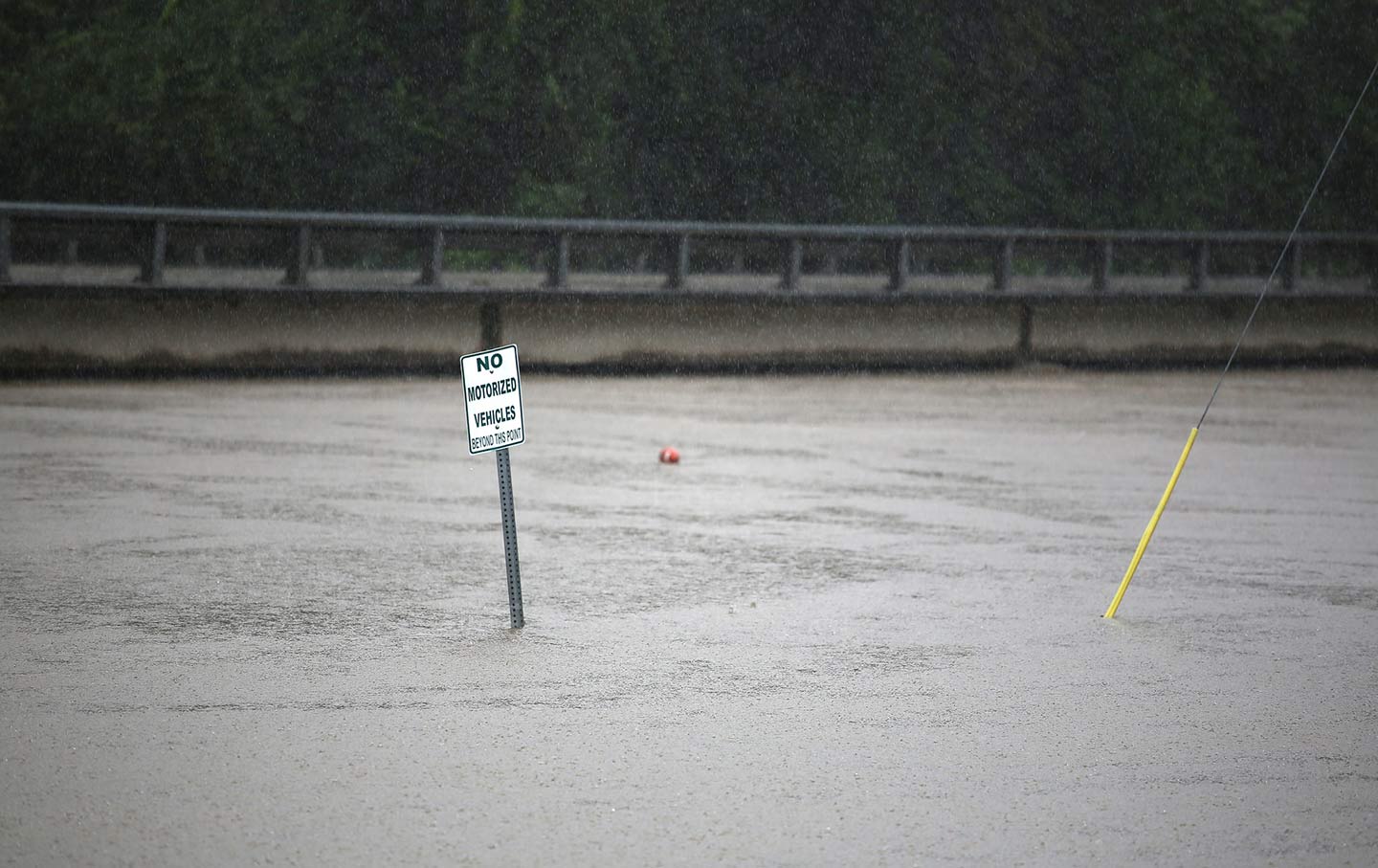 Roane Carey, The Nation’s managing editor, reports from Houston on the political battles there: Developers have defeated local anti-growth groups, but they can’t stop the climate changes that have brought unprecedented rainfall and flooding.

Plus: Erwin Chemerinsky, the new dean of the law school at UC Berkeley, says Trump’s Pardon of Sheriff Joe Arpaio is “outrageous”—because it violates the separation of powers, and encourages the police to ignore Latinos’ constitutional right to liberty.

And if you wanted to discredit the idea that Russians hacked the DNC and sent what they found there to Wikileaks to help Donald Trump, you’d need a counter-theory—right? Bob Dreyfuss looks at the leading Republican counter-theory, and how it crashed and burned.