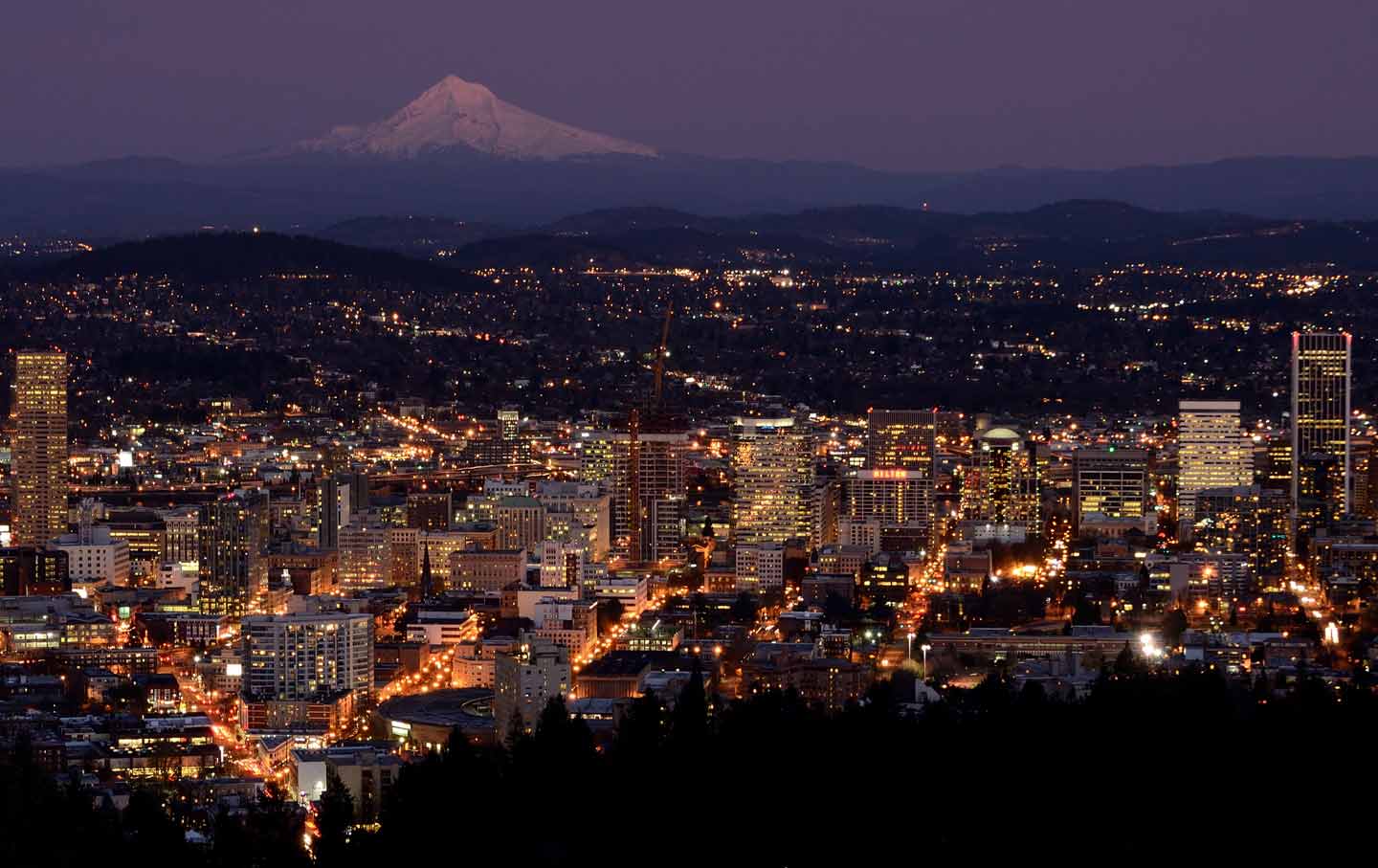 Portland has just opened up a new front in the struggle against inequality. On December 7, local officials voted to slap a surtax on corporations that pay their chief executive officers more than 100 times what they pay their typical workers.

The Portland move will be the nation’s first tax penalty on corporations with extreme CEO-worker pay gaps. But it’s unlikely to be the last. Much like the Fight for $15, this bold reform could well spread like wildfire.

Indeed, we may look back at the Oregon vote as the dawn of a new “pay ratio politics.” Thanks to a new Securities and Exchange Commission regulation, publicly held corporations will this year have to start calculating the ratio between their CEO and median worker pay. The first of these ratios will go public in early 2018.

These federally mandated pay ratio disclosures will make it easy for states and cities to adopt Portland-style surtaxes—if they have the political will to do so.

In Portland, local officials had that will, and their deliberations showed just how broad the potential political support may be for leveraging the public purse against corporate pay practices that increase inequality. Each council member who voted for the surtax did so for slightly different reasons.

As renowned global-inequality expert and former World Bank lead economist Branko Milanović put it, the Portland plan seems to be “the first tax that targets inequality as such.” In an interview with The Guardian, Milanović praised the city’s surtax for “treat[ing] inequality as having a negative externality like taxing carbon emissions.”

Portland Mayor Charlie Hales brought a responsible business perspective to the debate. In a previous job at an employee-owned engineering firm, the mayor had experienced the bottom-line benefits of a narrow CEO-worker pay ratio. “Everyone worked a little harder because ‘your success was my success.’ And that egalitarian culture led to a strong work ethic that drove the corporation to success,” Hales noted at a hearing on Portland’s pay ratio proposal.

Doug Smith, a former McKinsey partner, told the Portland City Council that he had seen the exact opposite effects at corporations with wide pay gaps. “Instead of building a real economy beneficial to all, these unethical pay practices spread outsourcing, offshoring, tax avoidance, downsizing and the substitution of good-paying permanent jobs with temporary, precarious employment,” said Smith, who currently directs the Sulzberger Executive Leadership Program at Columbia University, in a statement.

Councilmember Amanda Fritz brought another reason to support a pay ratio tax to Portland’s deliberations. She stressed the need for new revenue sources for social programs.

Here’s how the Portland surtax will work. The city’s current business tax is 2.2 percent of profits earned in the city. The surtax will be 10 percent of the business tax liability for companies with a CEO-worker pay ratio of more than 100-to-1, and 25 percent for companies with a ratio of more than 250-to-1. For example, if a large company owes the city $100,000 for its business license tax and has a pay ratio of 100-to-1 (or more), their surtax would be $10,000.

At present, more than 500 corporations do enough business in Portland to be affected by the surtax, including many that regularly dominate the highest-CEO-pay lists, such as Oracle, Honeywell, Goldman Sachs, Wells Fargo, and General Electric. The city estimates the new pay-ratio surtax will raise as much as $3.5 million per year.

Cities and states across the country may soon be scrambling for every extra dime they can find. President-elect Donald Trump’s current tax plan would lavish $6.2 trillion in tax breaks on the rich and the corporations they run over the next 10 years, a giveaway that would almost certainly lead to draconian cuts to social safety-net programs and services.

If officials outside the DC Beltway want to help lessen that pain, they’ll need to find innovative new revenue sources. A tax penalty on extreme pay ratios could top that list.

Corporate lobbyists, of course, disagree. They fought the Portland plan and even enlisted help from the anti-tax ideologues on the Wall Street Journal editorial board. Among their predictable arguments: a pay-ratio surtax would drive business out of Portland.

We’ve heard this sort of refrain before, most recently in the ongoing fights to mandate local living wages. But cities that have adopted significantly higher minimum wages in recent years have not experienced layoffs or slower job growth. It’s even more ludicrous to think that giant corporations would abandon their operations in Portland over a relatively small surtax.

Reversing our nation’s extreme inequality will require bold action at the grassroots. That’s the main lesson from living-wage initiatives, which won everywhere they were on the ballot, by the way. Now, with the Portland victory, we have a new avenue for bold grassroots action. Let the pay-ratio push begin.