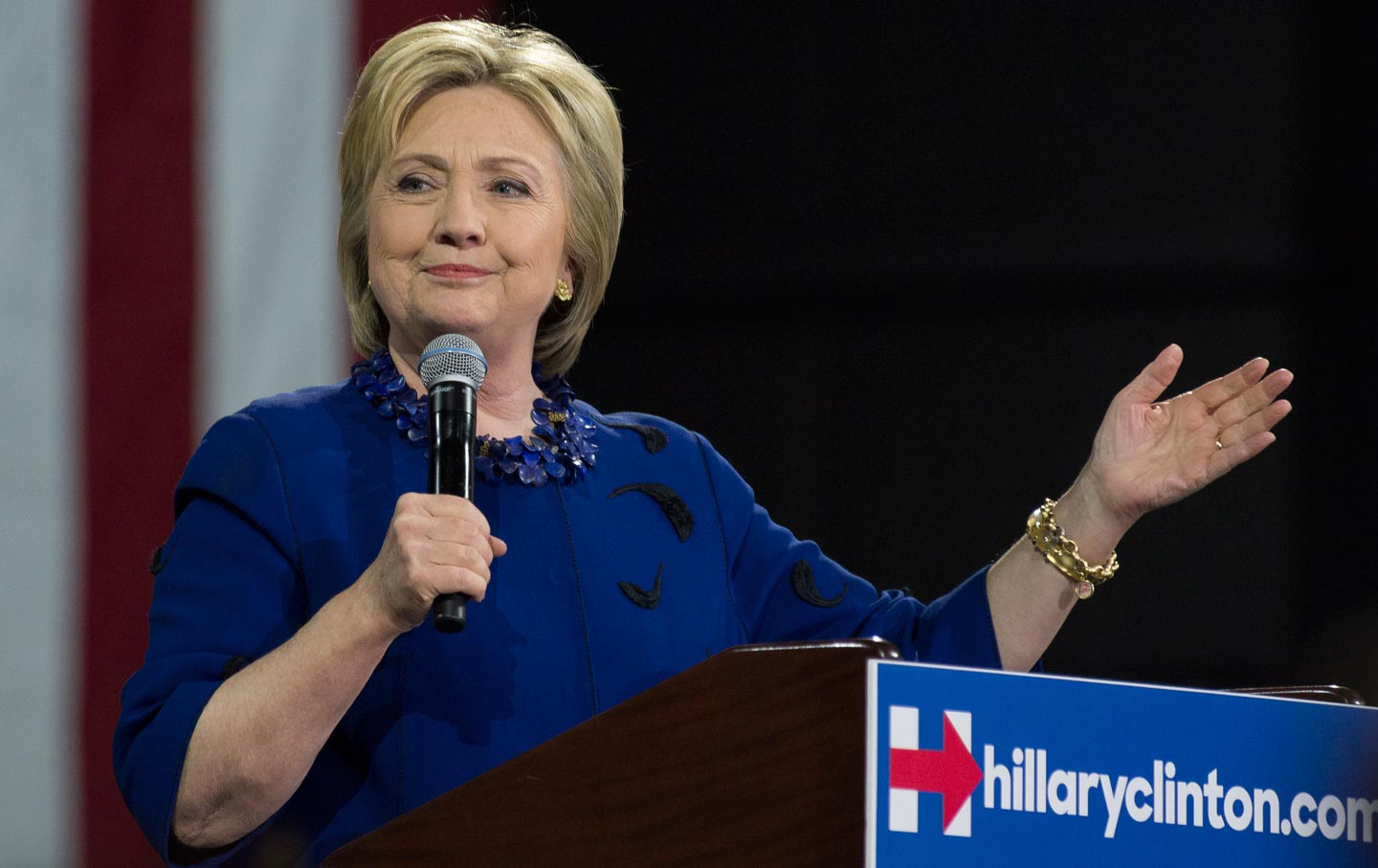 Hillary Clinton needs just 24 more delegates to clinch the Democratic nomination, when the total of delegates she’s won in primaries and caucuses are combined with her superdelegate supporters. Assuming she wins New Jersey on Tuesday night—and she is leading there 64-36 in the latest polls—she will get them, hours before the polls close in California, where she and Senator Bernie Sanders are still locked in a tight race.

As a former Californian, I’ve been ambivalent about rumors that Clinton plans to declare victory after her New Jersey win, reportedly with a big rally in Brooklyn on Tuesday night. An early call by the networks could dampen California turnout. Plus, while I’m a Clinton supporter, I’m concerned about party unity, and I think her campaign should take every opportunity to reach out to Sanders voters.

Then I looked back at what Barack Obama did in 2008, the night he crossed the delegate threshold—like Clinton, with pledged and super delegates. And I looked at the way The New York Times covered it. And I shed my good-girl reservations about an early Clinton declaration of victory. She will win the nomination Tuesday night, no matter what the Sanders campaign says about superdelegates (more on that in a minute.) She will become the first female major-party nominee for the presidency, and she should claim that victory for herself, and for the tens of millions of women who support her. And the media should cover it as the historic event that it is.

Notice that it’s treated as a big, historic occasion; Obama doesn’t share the headline with Clinton. There’s no hedged “Obama claims victory, but Clinton vows to fight on” at the top of the paper of record. The headline and story cover Obama’s proud claim to a historic victory, and it’s treated as a done deal. While it’s true Clinton didn’t concede that night, the next day she scheduled her concession speech in Washington, DC, for the following Saturday. On June 7, 2008—eight years to the day before she will clinch the 2016 nomination—she paid tribute to her voters, those “18 million cracks in the highest and hardest glass ceiling”—and asked them to support Obama.

I understand what Sanders has been trying to do to date, with his promise to take his fight for the nomination into the Philadelphia convention. He wants to turn out the highest possible California vote—he still hopes he can win the state—and go into Philadelphia with the maximum leverage. It’s his right. I even support it, within reason. I certainly support his efforts to move the party platform to the left, on the minimum wage, on financial regulation, on student-loan debt. If that’s what he means when he promises a “contested” convention, deal me in.

But the networks and big news organizations should not cover his claim that he can still win the nomination as though it casts her historic victory in doubt. She is winning by a much bigger margin, of pledged delegates as well as voters, than Obama did in 2008. The notion that Sanders can possibly flip the Democratic superdelegates against the party’s first female nominee, who is also the top popular-vote winner; the top pledged-delegate winner; the person who won the most states; who won the most open primaries and the most closed primaries; who won the majority of women, African-Americans and Latinos—well, it will never happen. They didn’t do it for Ted Kennedy in 1980, Gary Hart in 1984, or Hillary Clinton in 2008. They won’t do it for Bernie Sanders in 2016.

However, the reason Clinton didn’t immediately concede in 2008 is instructive for 2016—and should give Clinton supporters some sympathy for what Sanders is trying to do. The night Obama clinched and claimed victory, Clinton gave a fiery speech in which she congratulated Obama but said nothing about plans to end her campaign. She alluded to her 18 million historic votes and said that her voters should be “respected.” Covering the 2008 race, I knew what she meant: Off the record, top campaign staff told me they were taking seriously the so-called “PUMA” threat—that diehard Clinton supporters, insisting “party unity my ass,” might not back Obama in November. Clinton staffers argued that the candidate, and her voters, needed time to accept the loss; they were also arguing, privately, that Obama needed to make clear he would work hard to get their support.

This is really not very different from what Sanders is saying, if you listen to him in the most optimistic (from the standpoint of party unity) light. “It is Secretary Clinton’s job to explain to those people why she should get their support,” he told CNN’s Jake Tapper on Sunday. “And that means she’s going to have to address their needs.” I agree with Sanders on this. Now, if “addressing their needs” means Clinton has to endorse a single-payer plan for healthcare (which I happen to support) to win Sanders’s backing, well, that’s a deal breaker and an unfair demand. But there are plenty of ways she can signal that she understands the energy on the left wing of the party’s base, and that she plans to listen to and learn from the Sanders challenge. Plus, Sanders needs to maintain credibility with his supporters in order to have maximum ability to sway them toward Clinton when the time comes, and that probably doesn’t mean conceding to her Tuesday night.

That doesn’t mean the media should allow Sanders’s maneuvering to cast a shadow over Clinton’s historic victory Tuesday. I hope news organizations go back and look at their 2008 coverage of Obama’s win, and think about what that means for covering Clinton’s Tuesday night.