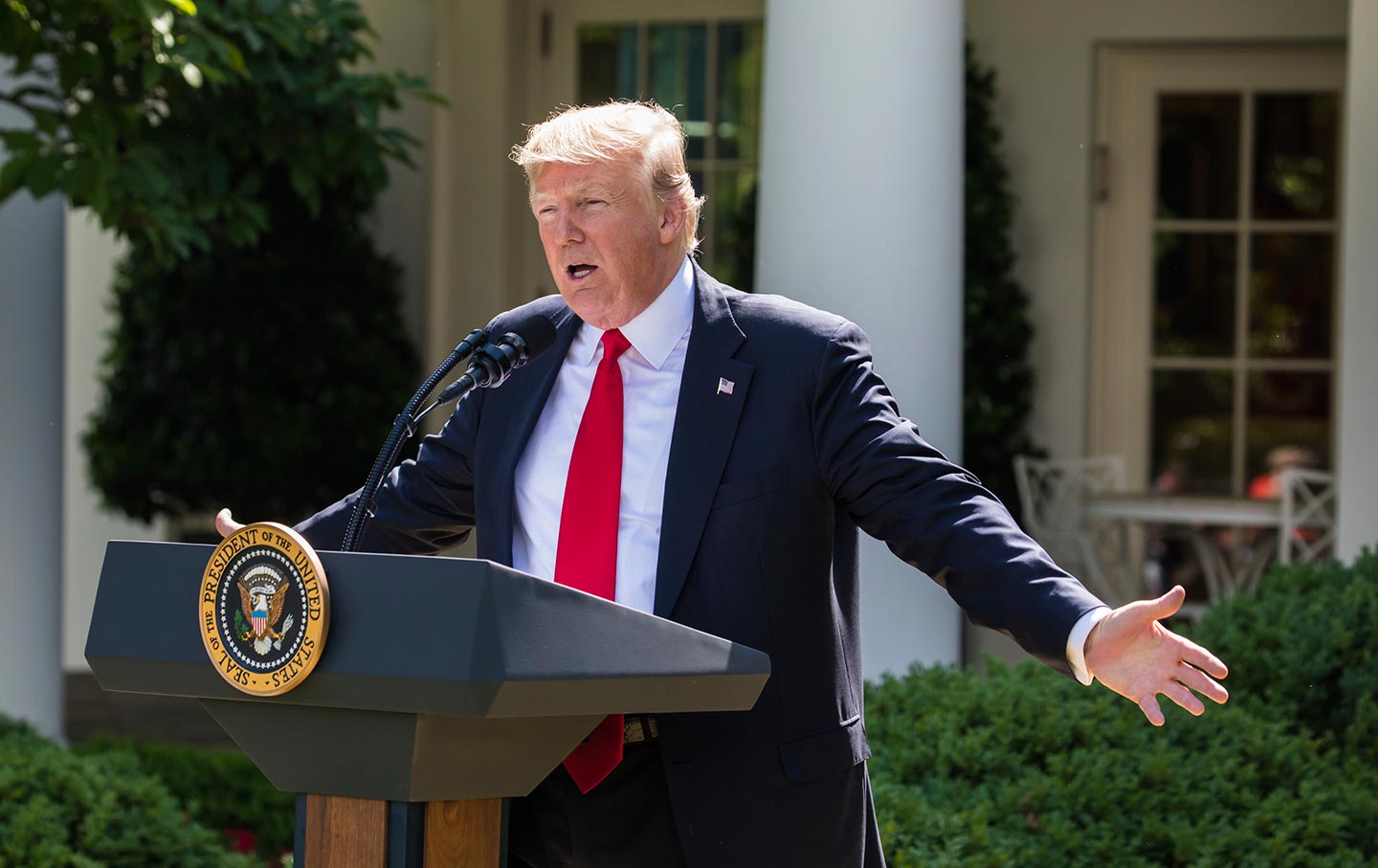 President Donald Trump made the statement that the United States is withdrawing from the Paris Climate Accord on Thursday, June 1, 2017. (Cheriss May / Sipa via AP Images)

John Nichols argues that Trump should be charged by the House with obstruction of justice and abuse of power and put on trial in the Senate.1

Plus: Amy Wilentz talks about the trouble with Trump’s tweets, which the 9th Circuit Court of Appeals cited Monday in their ruling rejecting his travel ban.2

And: Paul Mason analyzes last week’s elections in Britain, and finds lessons for the American left in the historic campaign led by Labour’s Jeremy Corbyn.3