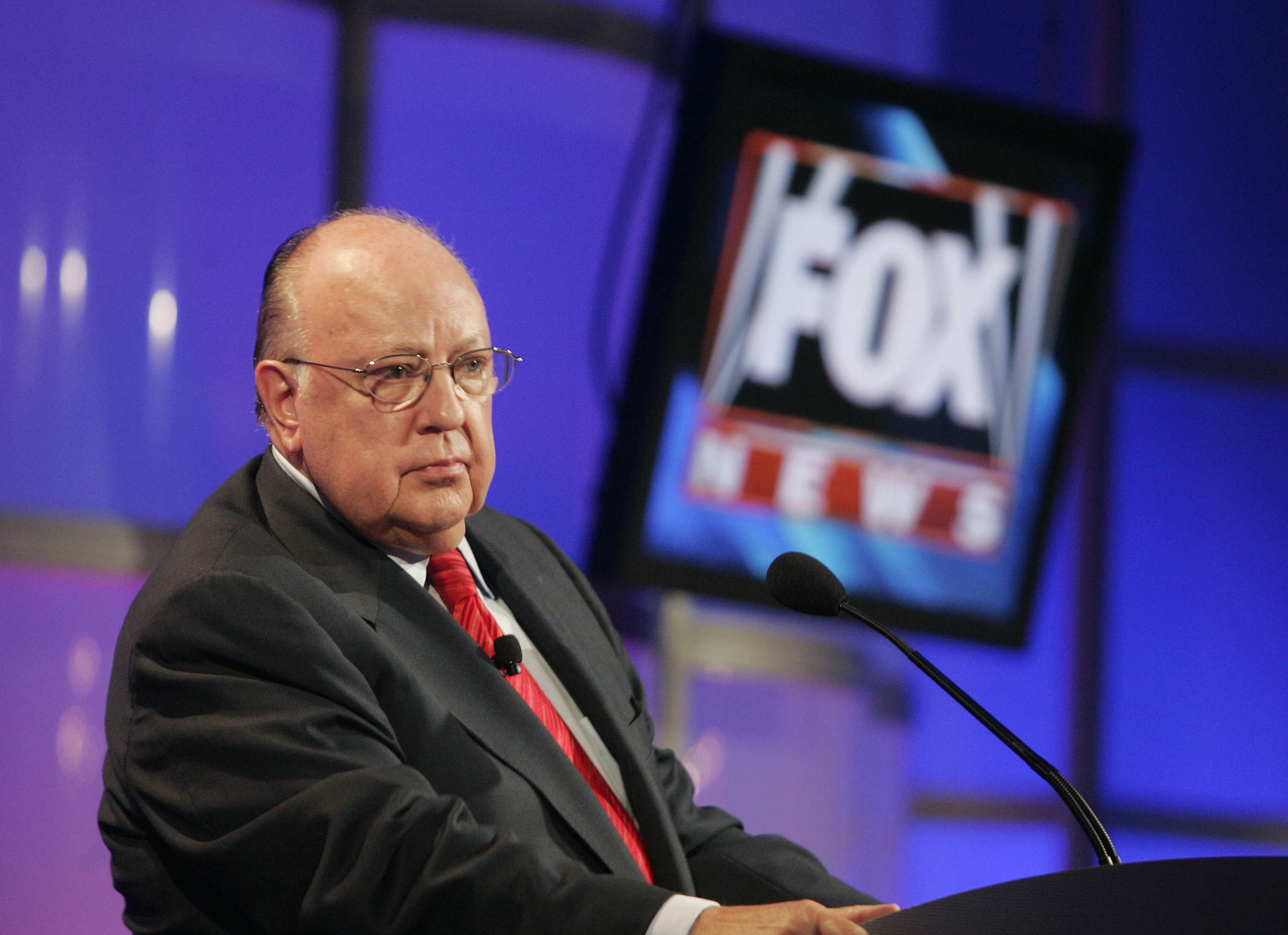 You’ve got to hand it to Gretchen Carlson: She’s a brave woman. Any woman willing to risk a public showdown with Roger Ailes, Rupert Murdoch, and Fox News over sexual-harassment charges would have to be. Carlson no doubt has her own reasons for suing Ailes after having worked for him for 11 years. The longtime Fox News host was fired in June, ostensibly for a ratings slump. She argues, however, that Ailes terminated her contract after she complained about unwanted advances he had made toward her.

From a merely human standpoint, one cannot help but wish her well. But for the rest of us, the question is whether her complaint, filed July 6 in the Superior Court of New Jersey, will bring down Ailes and transform the malignant virus that is Fox News into something less damaging to our democratic discourse and journalistic self-respect.

As Gabriel Sherman’s energetic reporting in New York magazine makes clear, Roger Ailes has long been the protagonist of stories in which a powerful man attempts to demand sexual favors from women who work for him. Six such women spoke to Sherman, two of them on the record. One told a particularly gruesome story in which Ailes allegedly removed his penis from his tuxedo and instructed her to kiss it. She was 16 at the time. Another alleged he pimped her out to friends and work associates, a humiliation that led to a suicide attempt. This is in addition to the three former Fox anchors Sherman quoted in his 2014 Ailes biography, The Loudest Voice in the Room. Carlson’s law firm, Smith Mullin, claims to have binders full of women ready to talk and expects more to come forward. Ailes, through his lawyers, denies everything.

The stories are consistent with what we know about Ailes. There was no hint of attempted seduction or charm in any of them. Prejudice and sexism are two different phenomena, but it’s not surprising that a man who left NBC after allegedly calling an adversary a “little fucking Jew prick” would term a woman who refused his sexual proposal to be a “man hater” who needed to “learn to ‘get along with the boys.’” Nor is it surprising that the station he runs is filled with similarly offensive behavior. (Remember Bill O’Reilly’s falafel fetish?) And finally, it is hardly a shock that Donald Trump is just fine with all this. “Totally unfounded,” he said of Carlson’s allegations.

Carlson says she hopes her lawsuit will inspire other women in similar situations to come forward, and it could happen. But the whole story could just as easily be swept under the rug. Carlson has signed an arbitration agreement with Fox that could keep any further information from coming to light during the discovery process. Her contract holds that “all filings, evidence and testimony connected with the arbitration, and all relevant allegations and events leading up to the arbitration, shall be held in strict confidence.” It’s almost as if that clause were written explicitly to enable the kind of gross behavior for which Ailes is being sued. The legal question is whether it applies to a suit against Ailes, who is not a party to her contract with Fox.

If the court rules in favor of arbitration, we will be left with a “he said/she said” public record, together with testimonies from the likes of Fox News hosts Jeanine Pirro, Greta Van Susteren, and Maria Bartiromo, who profess shock (shock!) at Carlson’s accusations. The Daily Beast’s Lloyd Grove deserves special mention here for his incredibly smarmy reporting on the scandal, in which he questioned why Fox host Megyn Kelly hasn’t come to Ailes’s defense and passed along an anonymously sourced character assassination. When Sherman reported on July 19 that Kelly has alleged harassment by Ailes too, Grove and his unnamed “Fox News insiders” got their answer.

Of far greater significance, however, are reports that Rupert Murdoch’s sons—James and Lachlan, CEO and co-executive chairman of 21st Century Fox, respectively—are preparing to cut Ailes loose. According to Sherman, the Murdoch sons have been rumored to want to do this for nearly a decade, but Rupert’s support has stood in the way. Perhaps it still will. Fox has launched an “internal review” led by Paul, Weiss, Rifkind, Wharton & Garrison, the prestigious law firm that recently served as both “investigator” and counsel to the NFL during the Deflategate scandal. And on July 18 a 21st Century Fox spokesperson told Politico, “This matter is not yet resolved and the review is not concluded.”

But if the Murdochs do choose to topple the king, then Carlson’s lawsuit will have turned out to be a world-historical event. For the problem with Ailes and Fox is not just the vulgar, dishonest crap the network churns out 24/7. It’s that CNN (and, sometimes, MSNBC) is so desperate to imitate it in pursuit of the billion-plus dollars Fox News earns each year. Is it possible that in a world without Fox, former Trump campaign adviser Corey Lewandowski would enjoy a highly remunerative gig at CNN while remaining on Trump’s payroll, making only positive comments about the candidate on the air while secretly advising him on strategy? Fox’s fantastic profits have blinded the rest of the cable news universe—and, to be honest, a significant portion of the network news universe—to the fact that their actual job is journalism. Every day, millions of Americans are invited into a fantasy world largely constructed by Fox News. Donald Trump’s candidacy is not the only product of this fantasy world—the network can also claim credit for much of the Republican Party platform and has helped tighten the straitjacket within which Congress and the presidency must operate.

Back in 2010, conservative pundit David Frum, upon leaving the American Enterprise Institute, complained, “Republicans originally thought that Fox worked for us, and now we are discovering we work for Fox.” What a boon for America, and for the world, if Gretchen Carlson’s lawsuit will prompt the Murdochs to tell this evil genius, “You’re fired!”