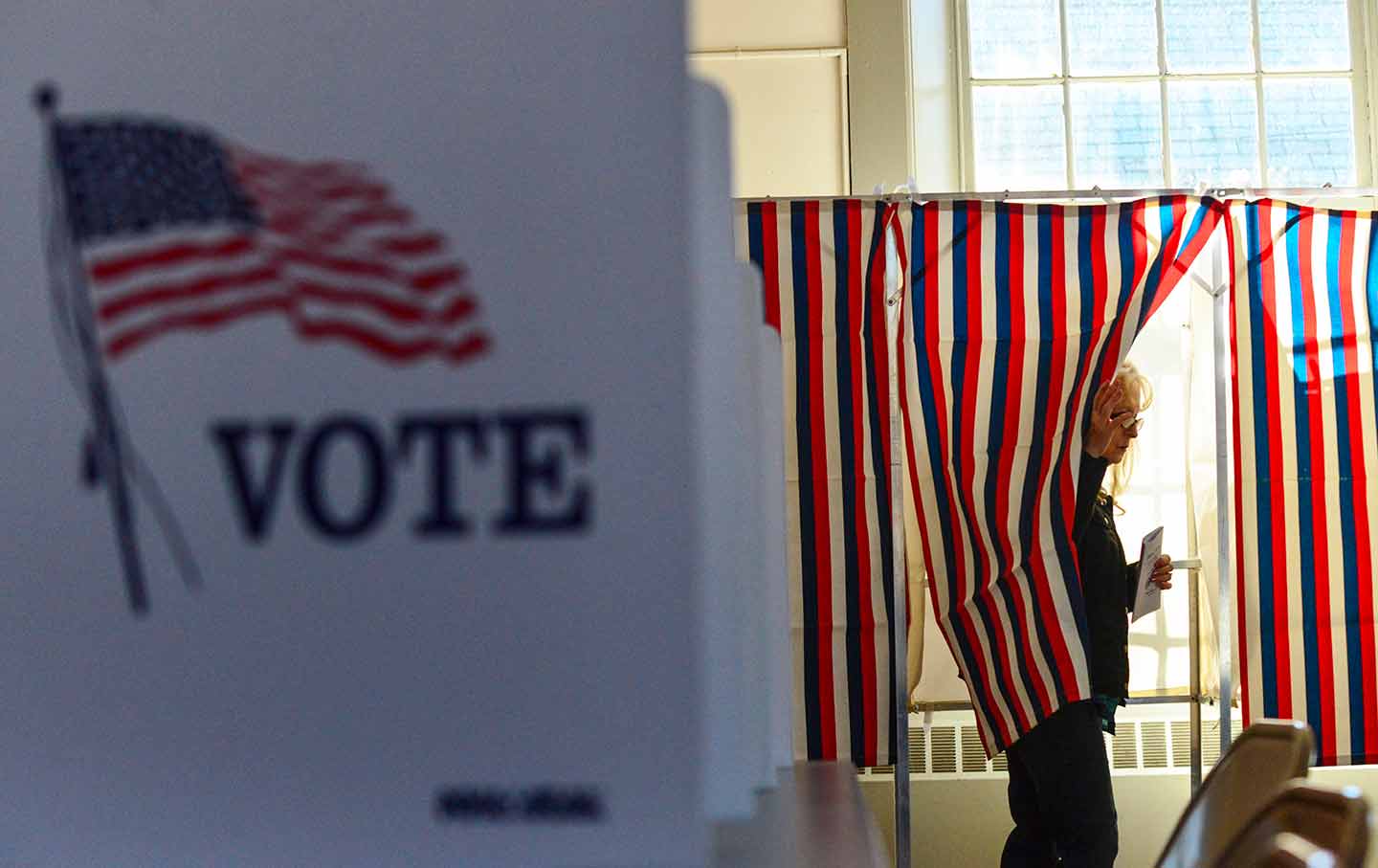 A voter pulls back the curtain as she leaves a voting booth on November 8, 2016. (Kristopher Radder / The Brattleboro Reformer via AP)

After years of getting beaten in state legislative races, the Democrats have a new energy and a new wave of candidates—especially after last year’s stunning victories in Virginia. Joan Walsh reports.

Plus: Should Ivanka be indicted? She’s been part of some of the Trump administration’s conspiracies to obstruct justice, including the decision to fire James Comey as FBI director. Amy Wilentz reviews the evidence and considers the arguments.

Also: Anna Deavere Smith talks about the school-to-prison pipeline—that’s the subject of her one-woman show, called Notes from the Field, which dramatizes the real-life accounts of students, parents, teachers, and administrators caught in a system where young people of color who live in poverty get pushed out of the classroom and into the criminal-justice system. It’s playing on HBO through the end of March.