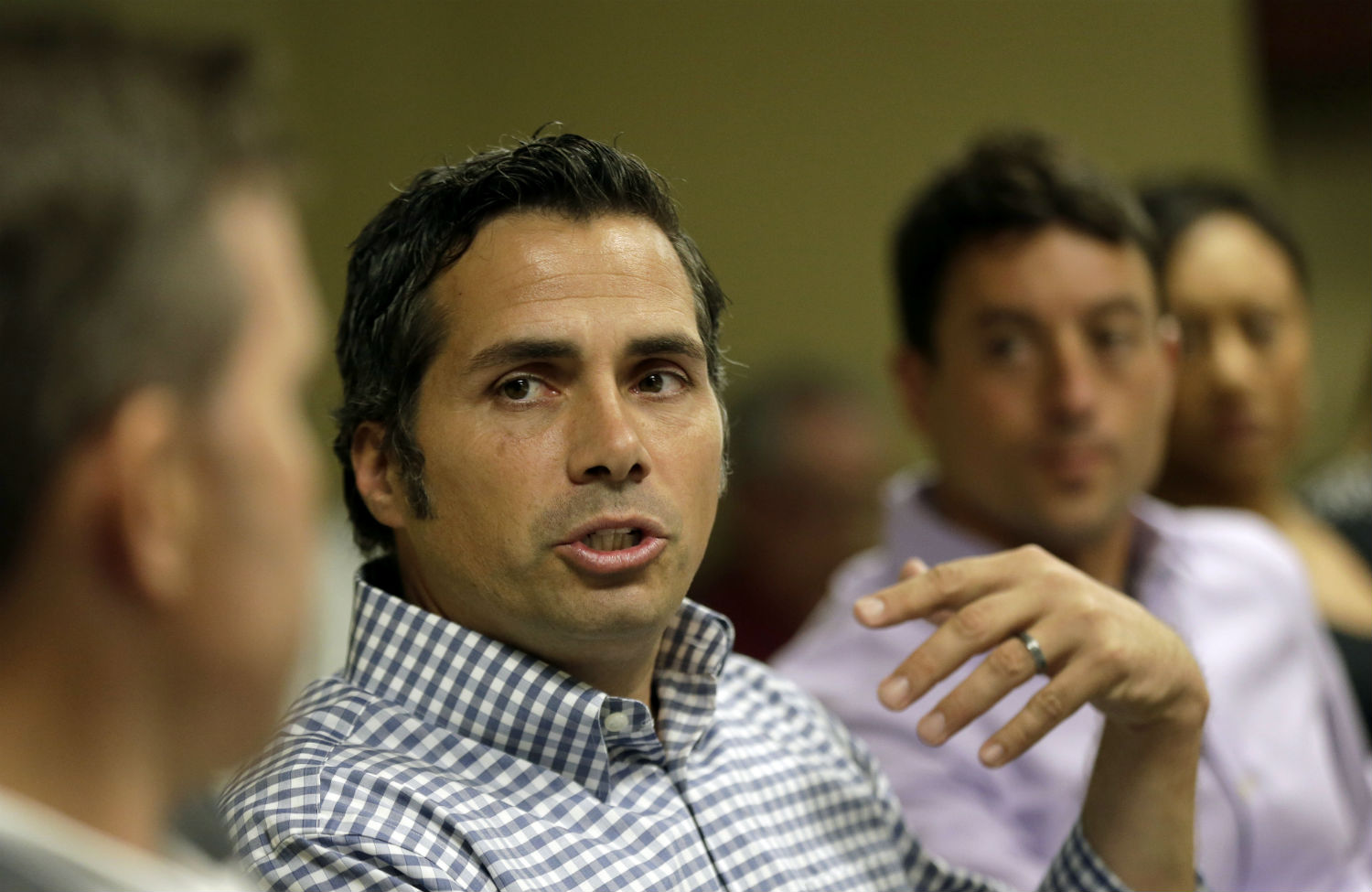 Kansas Senator Pat Roberts, one of the least worthy placeholders in minority leader Mitch McConnell’s Republican caucus, suddenly came alive during a September debate over whether to amend the Constitution to get big money out of politics. Roberts, whose forty-seven years as a congressional aide, House member and senator have been spent almost entirely in the shadows, stepped into the limelight as the most ardent defender of the theory that multinational corporations and rich people should, simply by virtue of their wealth, be allowed to have more influence over elections than working people, small farmers and small-business owners.

That’s an outrageously out-of-touch stance. But it would not have earned Roberts much attention except for the fact that he has unexpectedly become one of the most vulnerable incumbents in a volatile election year. The 55-45 Democratic advantage in the Senate is likely to shrink, perhaps to a point where control could flip. But with the fight coming down to a handful of contests, the defeat of even a single supposedly safe Republican could upset McConnell’s dream of taking over the chamber.

Roberts should have been the safest of the safe Republicans. Rarely has he faced serious competition in a state that hasn’t elected a Democratic senator since 1930. But this year, he’s had it rough: Roberts won just 48 percent of the Republican primary vote, and now, after the withdrawal of the Democratic nominee this fall, the polls have him locked in a tight race with independent challenger Greg Orman.

Orman is a relative centrist who rips both parties. Like Maine’s independent senator, Angus King, the Kansan is keeping his options open regarding which party caucus he’ll join if he wins, though Orman is now attracting substantial interest and support from Democrats. Although Orman is fiscally conservative, he is also pro-choice, believes in climate change and supports background checks for gun buyers. All of those stances distinguish him from the incumbent—but where the independent candidate really stands out is on the issue of money in politics, where he sounds like the most enthusiastic Democratic reformers. Echoing the campaign themes of a number of this year’s most interesting Senate contenders, Orman unequivocally backs a constitutional amendment to overturn the Supreme Court’s Citizens United ruling and allow for the restoration of reasonable limits on campaign donations and spending.

Roberts’s determined defense of what old-time Kansas populists referred to as a “government of Wall Street, by Wall Street and for Wall Street” has played into his challenger’s hands. Roberts has gone over the top by objecting even to rules under which government contractors and financial institutions that received federal bailout funds would be “prohibited from making independent expenditures,” vowing: “I will oppose this amendment today, tomorrow and forever.”

No surprise there. Over the past three decades, Roberts has secured his spot on Capitol Hill not with a record of accomplishment but with more than $16 million in contributions, largely from corporate political-action committees and wealthy individuals. His top contributors are PACs and individual donors associated with Koch Industries, the Wichita-based conglomerate owned by billionaires Charles and David Koch.

The Kochs have made no secret of their desire to deliver control of the Senate to GOP allies like Roberts and McConnell. The Democrats highlighted that fact as they advanced the proposed Citizens United amendment—which, though it fell short of the required sixty-seven votes, produced a measure of clarity with regard to the fight for Senate control. The fifty-four votes for advancing the amendment came from Democrats; the forty-two against came from Republicans—including supposed moderate Susan Collins of Maine, who faces a determined challenge from amendment supporter and ardent progressive Shenna Bellows [for more on Bellows, see Nichols, “ Could an Unknown Civil Libertarian Unseat Susan Collins?,” May 5].

Campaign-finance issues rarely dominate election campaigns, and they certainly won’t be the only issues this fall, when a renewed war in the Middle East and old economic problems in the Midwest rank high on a list of concerns that also includes climate change, income inequality and immigration reform. Yet a new Democracy Corps survey confirms overwhelming support across the political spectrum for a constitutional amendment overturning Citizens United—and in races where the issue is raised, “that can translate into added support for Democratic candidates who support the amendment,” the report observed, “and damage Republicans who oppose it.”

Democratic Senate incumbents who strongly support the amendment, including New Mexico’s Tom Udall and Oregon’s Jeff Merkley, have made overturning Citizens United a focus of their re-election campaigns. So, too, have Democratic challengers such as Bellows in Maine and Rick Weiland in South Dakota.

Nowhere, however, are the lines so starkly drawn—or so consequential—as in Kansas. Roberts is apoplectic about the amendment, and he has gone so far as to claim that restoring limits on campaign contributions and spending—limits that existed for 100 years before an activist Supreme Court intervened to remove them—would involve a radical “rewrite” of the First Amendment.

Constitutional scholars disagree, of course, with former leaders of the ACLU arguing in a letter to the Senate Judiciary Committee: “Most Americans would find it preposterous to allot more time in a debate to the speaker with the most money. Yet, that is precisely how our campaign finance system functions today…. Taken to its logical extreme…the voices of ordinary Americans will be drowned out entirely by their rich ‘neighbors.’”

Why is Roberts so agitated by the proposed Citizens United amendment? Perhaps he really believes in unequal rights—a stance that would do his current re-election bid no great service, even in conservative Kansas. Or perhaps he thinks he needs a system that allows him to raise unlimited funds—and to have unlimited amounts of money spent on his behalf by billionaires and corporations.

That system has worked well for Roberts so far. But Orman, an exceptionally wealthy businessman who jump-started his campaign with his own money, should have the resources to keep pace with the lavish spending on behalf of Roberts. And Orman has seized upon an issue that the Democracy Corps predicts can move voters—as many as 5 percent in a close race—who are increasingly frustrated with Supreme Court decisions that, the challenger says, “put a ‘For sale’ sign on Congress.”

On the campaign trail, Orman declares that “corporations are not people” and tells Kansans, “The Supreme Court is simply wrong to treat [them] like they are.” If he wins with this reform message—and, further, if that victory plays a role in preventing McConnell from becoming majority leader, and allows Orman to serve as an independent ally of a Democratic caucus that finally seems to be focusing on the money power that has so corrupted our politics and governance—the message from Kansas won’t be one of ideology or partisanship. It will be that even in the conservative and historically Republican home state of the Koch brothers, voters are ready to dump DC careerists so out of touch, they would defend a campaign-finance system that Orman rips as “deeply corrupt—essentially legalized bribery.”