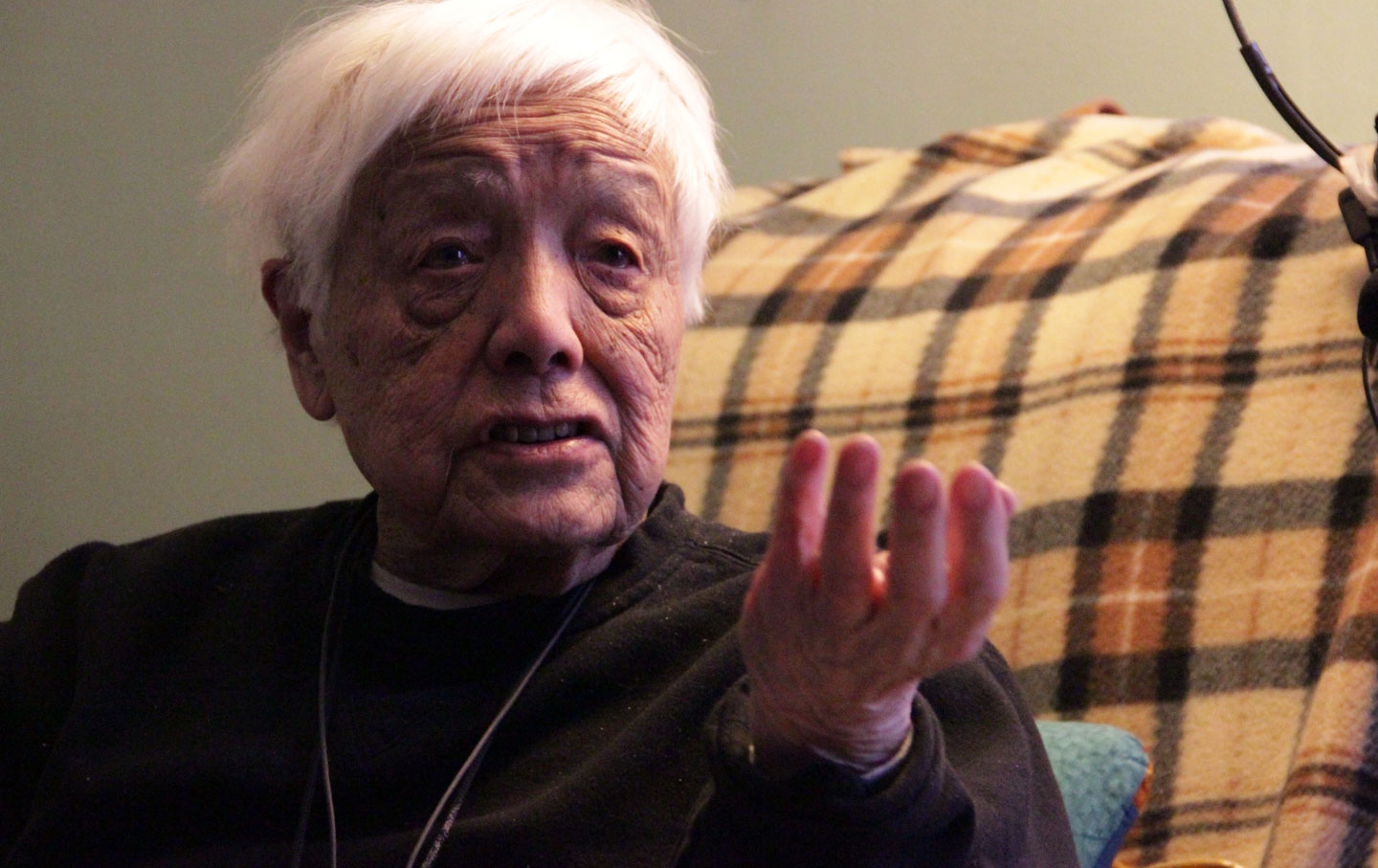 On Monday, Grace Lee Boggs ended a full life, by any measure, after witnessing many eras of segregation and social unrest, surviving the Great Depression and the Great Recession, experiencing the ravages of deindustrialization and climate change, and all the while, sustaining a belief in radical action.

In an interview I did with Boggs in 2014 (published in Guernica magazine and broadcast on Asia Pacific Forum), she talked about her work and that of others, as if, at nearly 100, there was still much more to do:

Listen to the full interview with Grace Lee Boggs.

I think of what’s happening in Detroit as part of something that’s much bigger. Most people think of [the decline of the city] as having to do with African-Americans and being in debt, and [all the issues like crime and bad housing]. But what happened is that when globalization took place, following World War II, Detroit’s role as the center and the symbol of industrialization was destroyed. It wasn’t because we had black citizens mainly or a black mayor; it was because the world was changing. And the standardization and specialization of industrialization was being undermined by globalization. When people in Bangladesh could produce things much more cheaply than anybody could produce them in Detroit, we no longer were the world capital of industrialization.

In my husband James Boggs’s book [The American Revolution: Pages From a Negro Worker’s Notebook (1963)], what he saw happening in the Chrysler plant where he worked was how the automation, how high tech, was eliminating so many people on the line, that it was creating “outsiders”—and was raising the whole question of how we should work. Is industrialization the high point and the aim of all societies, or is it the end of a certain epoch?

The elegance with which she connected local and global—linking the land with the neighborhood, tying technology with its historical antecedents—speaks to perhaps her innate ability to imagine social change in three dimensions: Thinking about labor merely in terms of jobs elided core questions of moral purpose in our social relations. And thinking about a single teleology of “development” neglects questions of social inclusion. Boggs reflected on the notion of work in contemporary society:

we need to undergo a very radical revolution in values. And we need to think about what it’s like to have become so materialistic that we think having a good job, and consuming like crazy to compensate for the dehumanization of the job, is living like a human being.

But her idea of work—or rather, post-work—brings us back to community activists’ reconstruction of Detroit—a project that Boggs left as a work in progress. We live in an economy where we’re both more isolated and more interconnected than ever, and yet we’re simultaneously struggling to anchor ourselves in community and hold onto the increasingly scarce places that we can call our own. And it’s hard.

Whatever form work takes, when we think about making work pay, we have to recognize that what is often considered “poverty” or “blight” is really the fallout of generations of ill-gotten gains and stolen wealth. Unlocking that is also part of the work of activism. Will we have an economy based on caregiving? A universal welfare state or a revolutionary school system? Will we collapse national boundaries or reconfigure our rules of citizenship and sovereignty? Learning how to share the fruits of this project of social reconstruction means thinking about a different kind of distribution of labor.