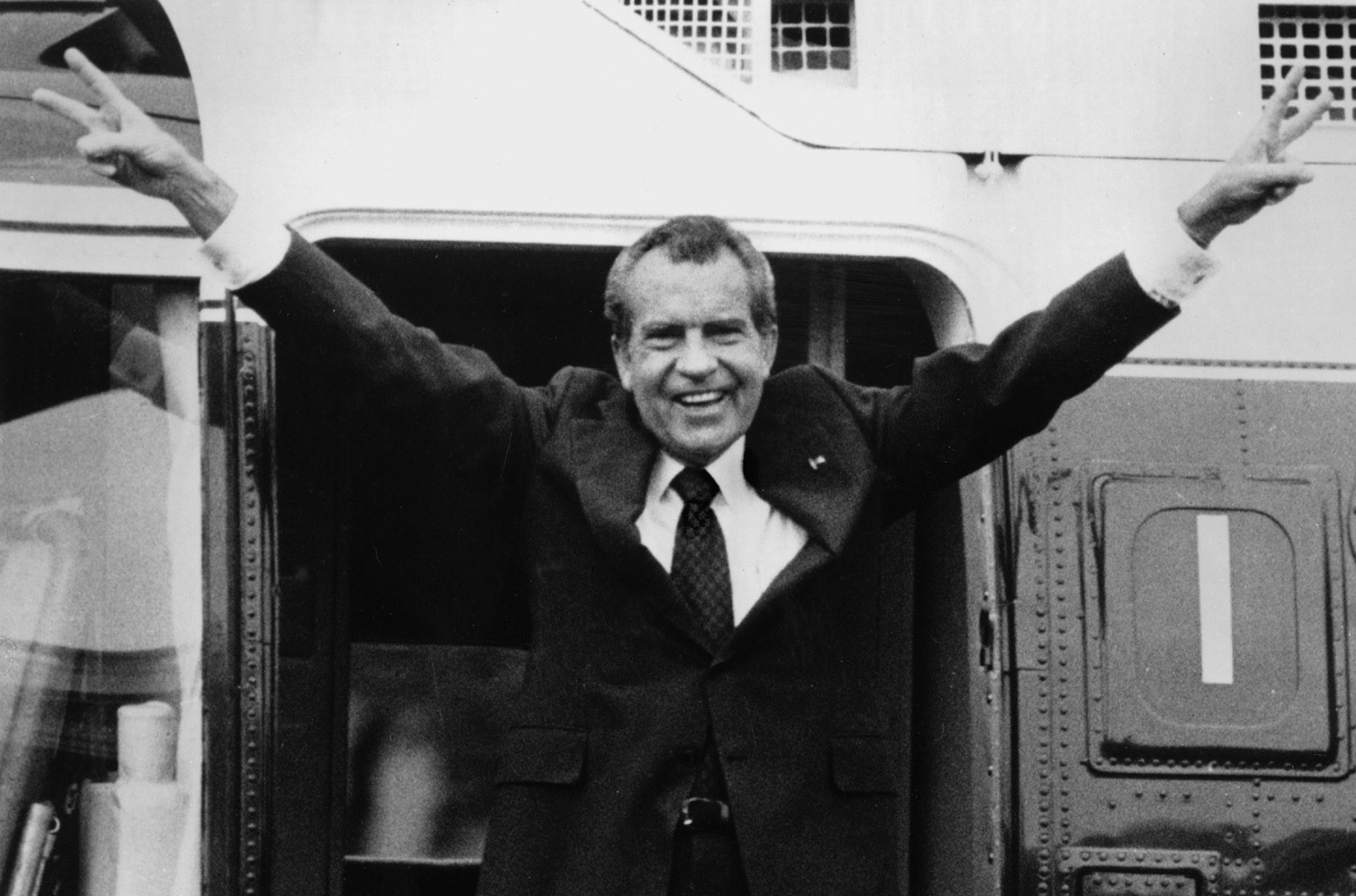 Richard Nixon’s forced resignation from the presidency forty years ago this August was, in addition to being one of the greatest moments in the history of liberal Schadenfreude, also a turning point in the history of the American national security state.

It’s not as if previous presidents, particularly Lyndon Johnson, Nixon’s predecessor, were somehow scrupulous in observing the constitutional limits on executive power. It’s just that, thanks to his taping system—and his utterly incompetent cover-up efforts—Nixon showed us just how rotten the core of our system had become. And yet, to the degree that anything has changed in the past four decades, it has almost always been for the worst.

John Dean, Nixon’s White House counsel, went to prison for his part in the Watergate cover-up. Since then, however, he has assumed the role of the scholarly conscience of the Nixon post-presidency. His most recent contribution to the historical record is a remarkably meticulous recounting of what Nixon said and did behind the scenes. Using transcripts of approximately 1,000 conversations he secretly recorded at the Nixon White House and Camp David—of which roughly 600 have never been heard by anyone other than the National Archives staff—plus an additional 150,000 Watergate documents at the National Archives, Dean has produced a 784-page book, The Nixon Defense: What He Knew and When He Knew It, that gives us the clearest account yet of the man behind the curtain. The picture of Nixon that emerges is not only frightening and depressing; it bears little if any resemblance to the thoughtful, occasionally obsessive character created in the media by conservatives and gullible mainstream journalists.

Dean says he listened to or read some 4 million words, 8,500 pages, twenty-one volumes, for his account—almost all of it filled with “obsessive compulsive” behavior as Nixon repeats the same things to the same individuals, as if trying to convince himself of his own innocence. “He’s not in command,” Dean observes. “I just keep wondering how widespread this was.”

Nixon, apparently without thinking, decided to play dumb about the Watergate break-in after Dean, in his famous meeting with the president on March 21, 1973, explained to him the breadth of criminality being undertaken by the White House in his name. “I’ve been able to see how Nixon operated and how his decision-making functioned,” Dean told me when I called him about the book. “This isn’t a guy who is a gifted decision-maker. He just misses it with Watergate totally…via a combination of character mixed with his horrendously flawed decision-making, by forming his entire defense of Watergate in the March 21 conversation with me, [even though that] conversation itself puts the lie to that defense.” Nixon “didn’t even listen to it” when the taping system was discovered; instead, his chief of staff, H.R. Haldeman, “did it for him.”

Listening to the tapes today, Dean says, “I can hear myself sighing and I am frustrated by the shit I’m hearing. What in the hell do you have to tell this man? When you’re in your early 30s, you don’t just say, ‘You are really full of shit, Mr. President.’”

The tapes are filled with Archie Bunker–style observations about gays, Jews, blacks and other minorities, as well as such pressing national issues as Nixon’s demand that White House secretaries “who are not quite so pretty” be kept out of sight. Also out of sight, but preserved on these tapes, are any number of actions that would undoubtedly have been criminal were they undertaken by anyone save the president of the United States. Nixon energetically conspired to suborn the perjury of Jeb Magruder, a former top White House staffer, in an effort to hide the role of Attorney General John Mitchell, Nixon’s re-election campaign chief. He wanted to pay off the Watergate burglars and conspired with Mitchell and Haldeman to sell a US ambassadorship to Greece in order to raise the hush money.

Nixon did all of this in confidence that he was legally untouchable save for impeachment. Dean thinks he was right. “Let’s say a president murdered his wife. The Congress would have to impeach him first before anyone could do anything about it. Legally, presidents can’t be prosecuted for anything while president. The only remedy is impeachment. That is one of the aftermaths of Watergate.”

Given the lack of enforceable limits on the power of the president, the issue of character really does become paramount when considering whom to entrust with it. Barack Obama is personally nothing at all like Richard Nixon. He is not driven by paranoia, insecurity, resentment or envy. He does not dislike gays or Jews or anyone else, apparently, owing to their ethnic background or sexual preference. I have trouble imagining him giving orders that he believes to be illegal. And yet, during the same week that we celebrated our Constitution’s victory over Nixon and his cronies, we also witnessed Obama’s whitewashing of horrific and clearly criminal activity by the CIA.

Under the presidency of George W. Bush—whose actions Dean has correctly deemed “worse than Watergate”—the CIA not only tortured people, but lied about it to Congress and then sought to undermine the Senate intelligence committee’s report by breaking into its computers. And yet Obama still claims to have “full confidence” in John Brennan, the CIA director. Brennan’s behavior was similar to that of James Clapper, the director of national intelligence, who lied outright when asked by Senator Ron Wyden, “Does the NSA collect any type of data at all on…hundreds of millions of Americans?” Clapper, too, retains Obama’s support.

Why? Because the national security state is out of control, and no one—not even the president—has the power to make it behave. Nixon’s problem was that he died too soon. Today, Fox News would have championed his crimes, and many in the punditocracy would have blamed the Democrats. Nixon went down, but his legacy lives on, inflated and unabated.