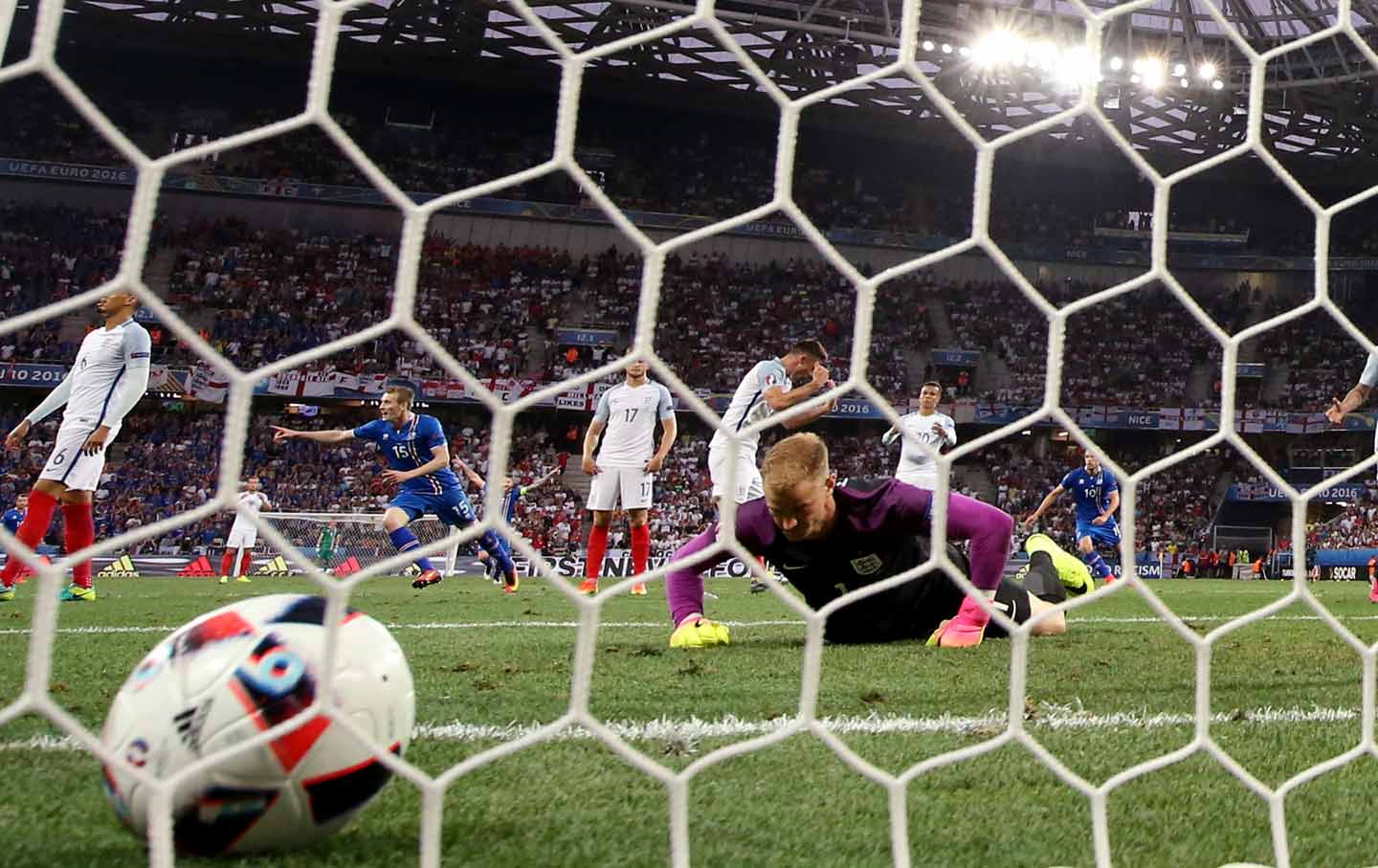 What a week to be in London. My family’s long-planned vacation has given us a ringside seat for the greatest humiliations suffered by Great Britain since boxer Frank Bruno tried to take down a young Mike Tyson. First the British exit—Brexit—from the European Union, which people in London overwhelmingly voted against, becomes the law of the land, and now, just three days later, England’s national soccer team loses in the European Championships 2-1 to Iceland (Iceland!). It is no exaggeration that, like Frank Bruno, people are stumbling in a bit of a daze. The most repeated line has been, “How the hell did we manage to get tossed from Europe twice in four days?” Or as actor Damian Lewis tweeted, “England’s players obviously all voted leave…”

But there is a fevered sadness here greater than gallows humor can contain. London, with its immigrant-powered population, voted overwhelmingly to stay in Europe and now, as one young woman, Dana, said to me, “It feels like a cage has come down all around us. And no one I speak to knows what it’s all going to mean. Just that it will hurt terribly. It’s just a hurt feeling like we were betrayed by our own country.” And she said this before England’s team was thumped by Iceland.

This was not supposed to happen. None of it. Great Britain was never supposed to actually leave the European Union, and all of the papers from the day before the vote now have quite a “Dewey Beats Truman” feel to their headlines, as assessments of why Brexit was on the brink of failure were already emblazoned on the front pages. Then, after Brexit, according to the breathless coverage in the right-wing slop rag the Daily Mail, we were supposed to see a new national pride awaken from its slumber.

Instead, as the pound becomes battered like deep-fried cod, no one appears to be in charge of either the Tories or Labour. As opposed to this symbolizing a new beginning, the exit polling has revealed that this was a vote overwhelmingly fueled by senior citizens—83 percent voter turnout for those over 65, compared to 36 percent under 25. When Sarah Palin is cheerleading the result of a referendum, you know that the know-nothings carried the day, and sure enough, I’ve heard plenty of nothing. Far from the Daily Mail’s line about this being some kind of working-class cry against “out of touch elites” and “decision makers in Brussels,” Brexit has unleashed not national unity but a disunifying, scattershot xenophobia. The slogan of the day seems to be “last one in, lock the door.”

There is no greater metaphor for this howl of weakness and irrelevancy than seeing the national soccer team get thrashed by Iceland (again, Iceland!). In what has already been anointed “the greatest shocker” in European Championships history, England captain Wayne Rooney and company were outworked, outplayed, and out-hustled by an Icelandic team of unknowns, and they had no answer for a goalkeeper named Hannes Halldorsson. Iceland is the smallest country to ever play in any major international tournament, as it continues to the round of 16 in a fashion had the announcers on the BBC near tears. Immediately after the match, England’s manager Roy Hodgson resigned, and no one was weeping over his departure.

It doesn’t take Robert Lipsyte to tease out the political symbolism of this loss. It just takes a five-minute conversation with anyone at a pub, on a corner, or behind a desk. In fact, England has been the number-one trending topic on social media, with most commenters taking shots at what was once the world’s dominant empire, now on the run from immigration and brought low by Iceland. (Buzzfeed actually compiled its favorite Brexit jokes on Twitter.) But as everyone has their laugh, it is worth remembering that Great Britain is suffering. London is keening. One of the proudest and oldest working classes in the world is fractured. It will be far easier to rebuild the national soccer team than the fighting confidence of people throughout Great Britain.