On February 2, the Senate Health, Education, Labor, and Pensions Committee will hold confirmation hearings for Andrew Puzder, Donald Trump’s choice to head the Department of Labor. Puzder is the CEO of CKE Restaurants, which owns Carl’s Jr. and Hardee’s fast food restaurants and employs thousands of workers across the country. Throughout his career, he has been an outspoken critic of labor regulations and government programs that provide services to the poor. But lately, Puzder has also backed lobbying tactics that extended beyond politics as usual: until recently, the multi-millionaire CEO belonged to the Job Creators Network, or JCN, a group that helps corporations push anti-regulation messages on employees at work in order to influence their voting preferences, a practice the organization calls “Employer to Employee” (E2E) policy education.

Job Creators Network boasts that the group’s political messaging has the ability to reach more than 60 million employees across the country. In training materials, JCN encourages employers to send their workers a steady stream of emails and letters about policies that affect businesses, as well as to place posters and fliers around the workplace and to stuff paycheck envelopes with political material. The group also advises employers to expose workers to political messaging during break hours and to hold town-hall-style meetings or screen policy videos.

A JCN slide presentation obtained by Citizens for Responsibility and Ethics in Washington (CREW) states that Hardee’s was “Implementing E2E at corporate headquarters,” and that “CEO Andy Puzder will encourage franchisees in key states to implement.” 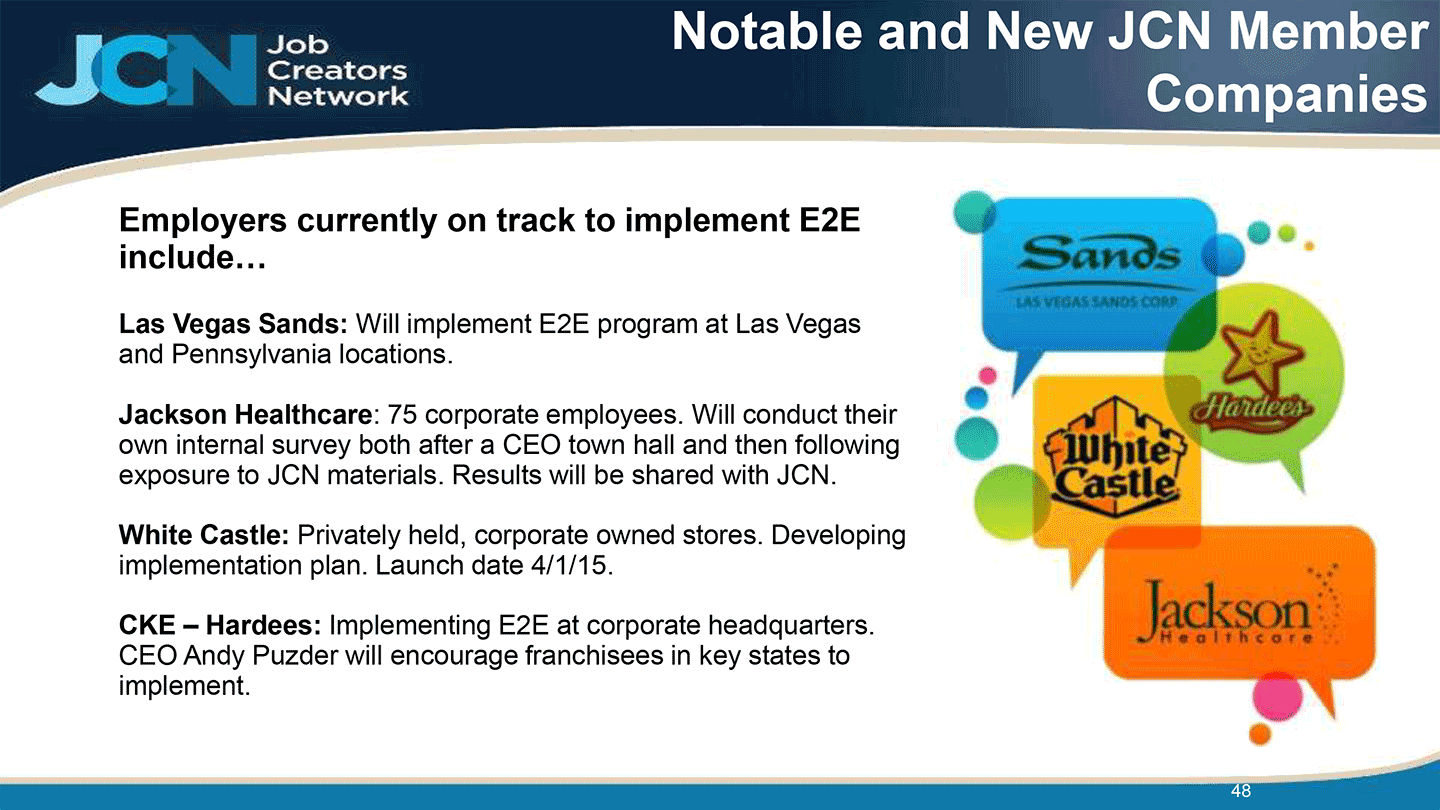 CREW obtained the slide presentation after JCN materials were uploaded to two industry websites, including of the law firm of Baker Donelson, which hosted a conference in New Orleans in April of 2015 that JCN participated in, according to a press release. The material has since been taken down from the websites, CREW told The Nation, although another version remains available at Baker Donelson.

CKE Restaurants did not respond to The Nation’s request for comment, but Alfredo Ortiz, the president and CEO of JCN said that “Mr. Puzder is no longer a member of the Job Creators Network” and that “neither CKE Restaurants (corporate or franchisees) nor Mr. Puzder have ever implemented or distributed our E2E program.”

It is unclear when exactly Puzder became unaffiliated with JCN. He is not currently listed among JCN’s business leaders, although a JCN press release in December identified him as a member. Puzder’s personal website still identifies him as a JCN member, and JCN’s website includes several statements applauding his nomination to Secretary of Labor.

JCN’s material warns workers that if certain policies are implemented—such as increased taxes on business owners or minimum wage hikes—they might lose their jobs. JCN also claims that its materials are non-partisan and simply provide employees with useful information. A review of the group’s material shows that its messaging hews to an anti-regulation vision of government embraced by the most conservative elements of the American business lobby. The policy material that JCN pushes on workers not only stretches the notion of nonpartisanship, it can also be misleading and inaccurate.

For instance, JCN directs workers to a website it maintains, informationstation.org, which hosts a film that teaches workers about the dangers of raising the minimum wage. The video warns that a federal minimum wage of $15 “could mean 16.8 million fewer jobs.” This terrifying statistic is coupled with a cartoon showing fast-food workers literally vanishing into thin air as they are replaced with robots that can operate at the cost of only a dollar an hour—a clear signal to workers that if the Democrat-backed wage hike passes, their livelihoods could disappear.

The JCN minimum-wage video does not alert workers to the partisan affiliation of that staggering job-loss estimate, which appears derived from a paper co-authored by researchers from the American Action Forum, a Republican think tank. The elimination of 16.8 million jobs is nearly double the number of job losses seen during the Great Recession and would no doubt spell a doomsday scenario for the American economy. But the JCN video omits that the report’s conservative authors pegged the 16.8 million figure at the very upper limit of an estimation with a stunningly wide range—with 3.3 million lost jobs as the estimation’s lower bound. Numerous economists have argued that a rise in the minimum wage has either negligible or even positive effects on net employment, and the liberal-leaning Economic Policy Institute in 2014 circulated a letter signed by hundreds of academics attesting to as much. (Ortiz did not respond to a question about JCN’s factual representation.)

Another JCN video shows a student-loan borrower sleeping supine atop of a mountain of money with drool streaming from the side of his mouth. The image is meant to illustrate the behavioral consequences of college-debt forgiveness. 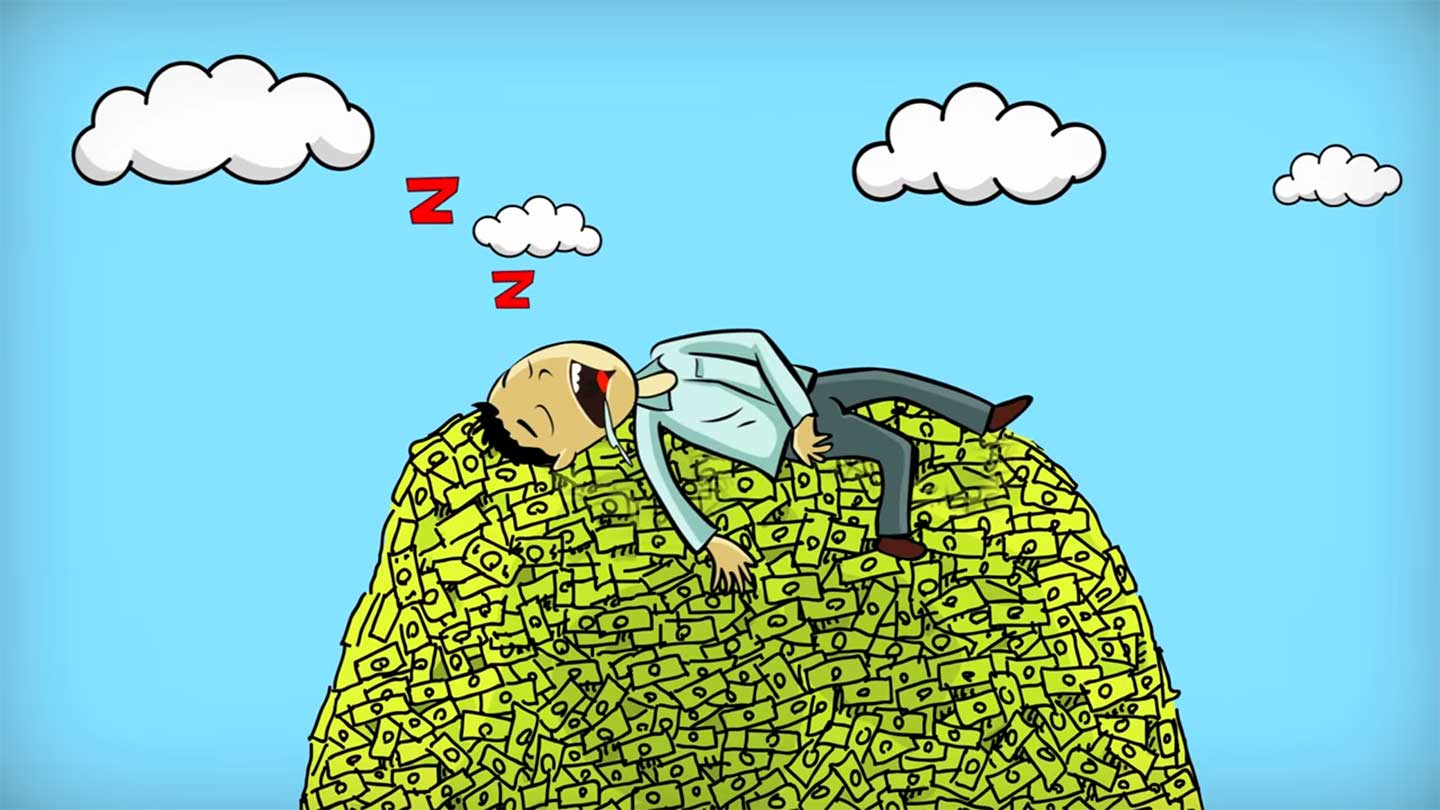 Yet another JCN video warns workers of the harms they will incur from the government’s raising taxes on their bosses. “The next time politicians talk about raising taxes on business owners and job creators,” a narrator states, “You know who they’re talking about hurting: You, your family and your neighbors.” The same video warns that higher taxes on businesses “means you won’t get a raise” and “it may mean layoffs, which means your job might get cut.”

The JCN presentation obtained by CREW touts the effectiveness of E2E political education. It boasts of an internal survey showing that targeted employees came away from its E2E messaging with dramatically changed opinions. One survey question showed a 17 percent increase in the employees who agreed with the statement that “Complying with regulations is very expensive, reducing money available for wages and benefits” after being “exposed to JCN E2E content.”

Another survey question showed that JCN’s E2E program made employees far more likely to believe that President Obama’s Affordable Care Act had increased their health-care costs. Other survey questions found that employees who had received JCN policy education came to more strongly favor “reducing the corporate tax rate on business” and had a more supportive attitude toward domestic coal, oil, and natural-gas extraction. The slide presentation also boasts that more than a quarter of employees who voted reported that JCN materials had affected the outcome of their actual votes during the 2014 midterm election. 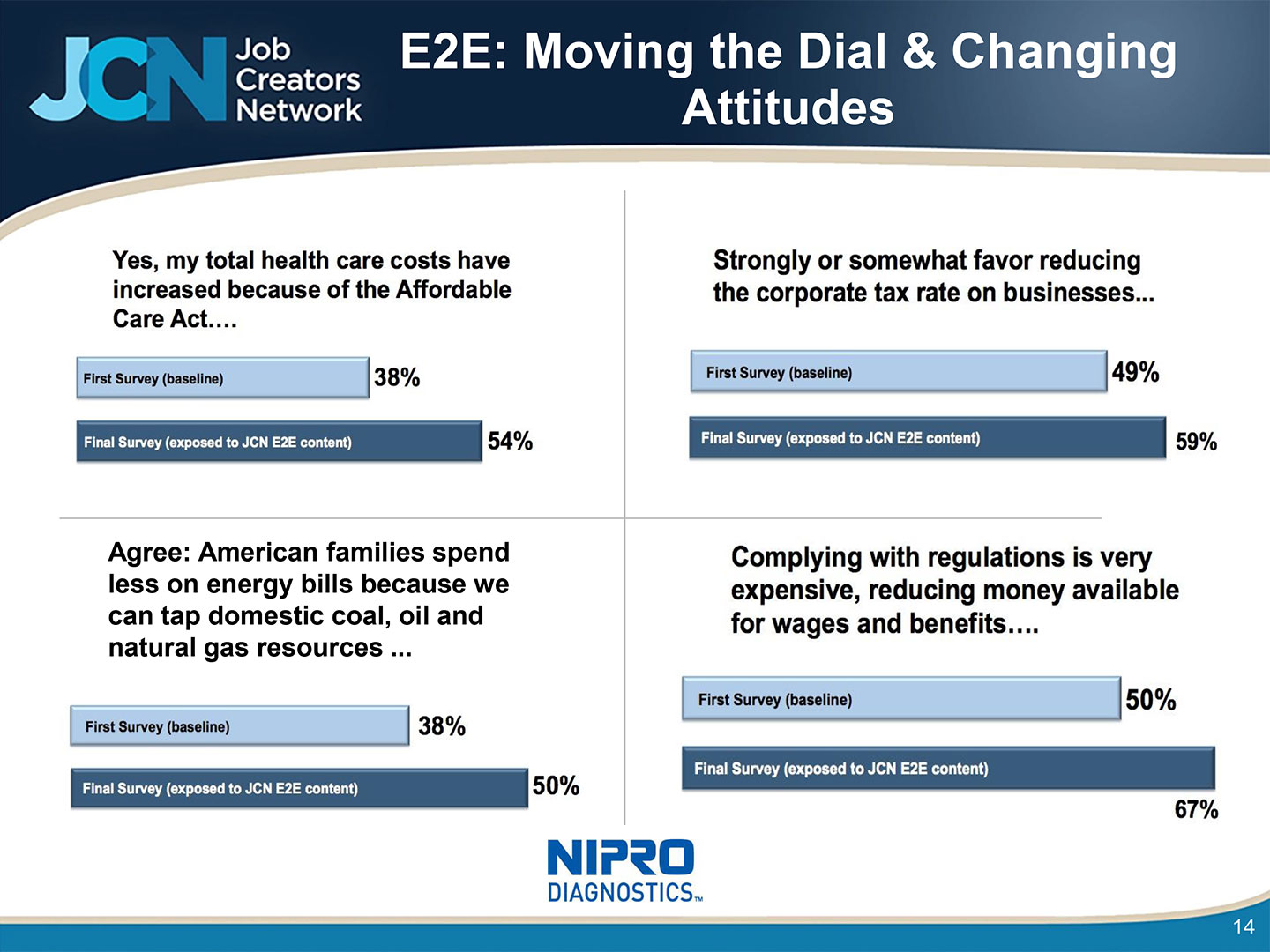 One slide from the JCN presentation lists the Business Industry Political Action Committee, or BIPAC, as a partner of JCN. BIPAC is an organization that appears to have largely pioneered E2E tactics deployed by America’s business lobby, and, as of 2013, BIPAC boasted of having the ability to reach some 25 million workers in the country.

“Employers are the most credible source of information for employees about this type of material as it affects their jobs, their own prosperity,” one BIPAC official said at a training session I attended in 2014. “They’re susceptible to the information. They’re a willing audience.” He advised that workplace policy messaging should speak to employee’s most basic need for an income, what he called their “kitchen-table economics,” a term also used in JCN literature.

In a workplace where management is taking a clear political stance, some workers have reported fear of losing their jobs if they voiced any disagreement. And such workers could have reason to fear: Federal law not only places few curbs on employers pushing politics on their workers, it also generally gives employees little protection from management retaliation in terms of vocalizing their own political opinions, with some narrow exceptions that relate to collective bargaining and workplace discrimination laws.

“This might surprise some people,” John Snyder, an attorney at the law firm Jackson Lewis, told me. “But the First Amendment does not generally stop private employers from firing employees for their political views.” This dynamic could become even more extreme: One little-known effect of the Supreme Court’s landmark Citizens United ruling was that, in bolstering the free-speech rights of private corporations, the high court also appears to have strengthened the ability of private firms to push politics on their employees.

Now, with a recent JCN member poised for confirmation as the country’s labor chief, management may soon see an even brighter era for pushing politics onto workers.