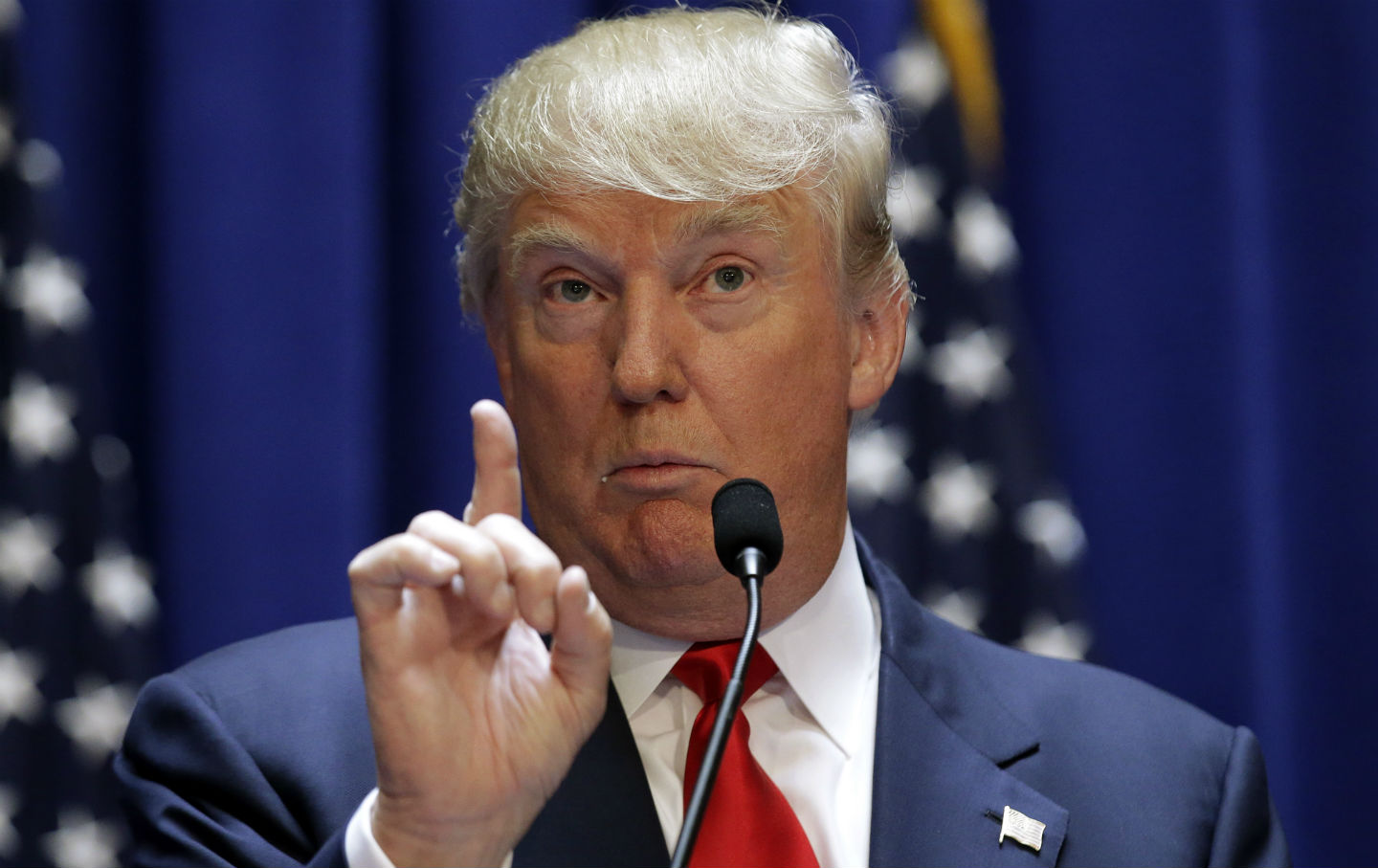 Donald Trump announces his 2016 campaign for president during an event at Trump Tower in New York. (Reuters / Brendan McDermid)

It is no easy task to chair a political party that is in opposition. Even when chair of the national committee of one of the two major parties navigates the partisans into position to elect a president—as did DNC chair Paul Butler did in the turbulent 1950s, RNC chair Ray Bliss did after the 1964 defeat of Barry Goldwater and DNC chair Howard Dean did with his 50-state strategy—credit invariably goes to the winning candidate.

But people who understand politics know that party chairs are the ones who must keep things together in order for presidential nominees to win November elections.

His understanding has served him well. The Wisconsinite has since 2011 kept billionaires from New York and evangelicals from rural Iowa in the same tent, maintaining the confidence of the party’s contentious candidates and constituencies. It’s possible to disagree with Priebus on most every issue, as I do, and still recognize that he is an able tactician who has done much to shape his party up for the 2016 presidential election.

Now, however, he faces a disruption named Donald Trump.

Priebus set up a debate schedule that was designed to highlight the strengths of GOP candidates and to avoid the pitfalls of 2012, when a long debate schedule and candidates with little to lose tripped up Mitt Romney. Now, however, Priebus faces the prospect of debates focused almost entirely on a candidate who could make the worst of the 2012 debates look like gatherings of the Oxford Union Society.

Trump is leading in the polls. that will decide which candidates get prime debate slots—and which are excluded from the main event. The billionaire will have a place in the first debate Priebus has arranged for top-tier candidates on August 6. And Trump is likely to keep his poll numbers high enough to gain a place in the debates to follow.

That’s an immediate problem for the other candidates, who must struggle to make themselves heard over what former Texas Governor Rick Perry refers to as Trump’s “barking carnival act.”

Eventually, most Republican voters will reject the wealthiest of their contenders.

It hard to imagine Trump as the GOP nominee for president.

But that does not mean he will cease to be a problem for Priebus.

Trump is playing a game of chicken with the Republican Party. And Priebus finds himself in the unenviable position of having to try and prevent a serious crack up.

Trump’s crude positioning on issues such as immigration policy is a challenge. Trump is wrong in his thinking and wrong in his approach. He is also highlighting lines of division within the party and the broader electorate that a problematic for the GOP.

Trump’s barbed attacks on his fellow Republicans are a challenge. As the debates approach, the best some of the lesser-known contenders can hope could be a headline grabbing dust-up with Trump.

Trump ability to turn the best-laid plans for orderly debates into chaos is surely a challenge. Orderly debates would have been dull, but that was the point.

Relating to and extending from all of those challenges is the big problem for Priebus, and that is Trump’s none-too-subtle hinting that he might mount an independent or third-party campaign in November, 2016. “I’ll have to see how I’m being treated by the Republicans,” Trump said, in response to a question this week from The Hill. about a third-party run. “Absolutely, if they’re not fair, that would be a factor.”

Were the tycoon to exit the GOP ranks and take even a portion of the party faithful with him, Priebus would find himself facing a nightmare scenario.

America is a politically divided country. No Republican presidential nominee has won more than 51 percent of the vote since George H.W. Bush in 1988. If measurable numbers of the Republicans (and Republican-leaning independents) who now say they support Trump were to follow him out of the party, that could easily tip the political balance against the GOP in 2016.

Over the past 50 years, four presidents have been elected with a minority of the votes cast in an election where an independent or third-party candidate was a factor: Richard Nixon in 1968, Bill Clinton in 1992 and 1996 and George Bush in 2000—and Jimmy Carter only got to 50.1 percent in 1976.

Priebus knows those numbers. And he knows how the dynamics would change if Trump were to enter the fall 2016 race as a free agent. In the latest ABC News/Washington Post poll, Democrat Hillary Clinton leads Republican Jeb Bush by six points in a race without Trump; in a race with Trump, Clinton leads by 16 points.

Republicans recognize offending Trump is politically risky. Yet, it is going to become increasingly difficult to treat Trump with kid gloves. His fellow candidates are already calling him out and party leaders—including Priebus—could well be forced to do so if the debates blow up.http://www.cnn.com/2015/07/23/politics/donald-trump-third-party/index.html

Ralph Nader, who knows a thing about independent and third-party candidacies, says, “The Republican Party establishment is playing with nitroglycerine” when it tries to manage, minimize or exclude Trump.” Why? “Because a jilted Donald Trump as a third-party candidate can blow the presidential race wide open and turn it into a three way race.” And a three-way race that includes Trump would cause the sort of headache that could ruin an RNC chair’s whole year.