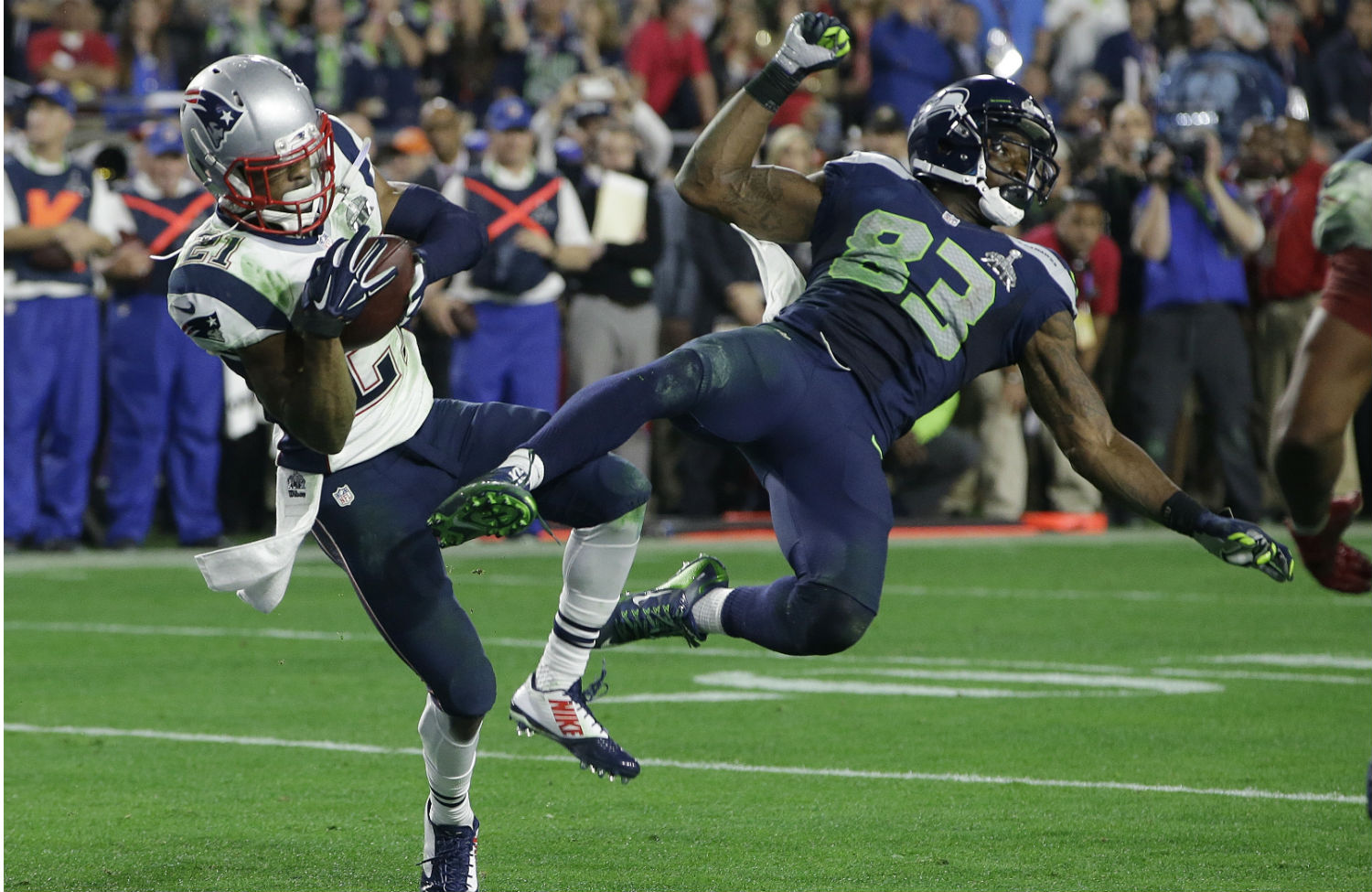 I reported earlier this week that right after the Super Bowl, in a Seahawks locker room clearly in a state of profound distress, some were talking conspiracy. People connected to the team, shocked at the play call that led to an interception from the Patriots one-yard line with the game in their grasp, were saying that the reason why bruising running back Marshawn Lynch was not given the ball was because the coaching staff wanted the hero to be quarterback Russell Wilson. The NFL Network’s Mike Silver also reported that this was being articulated inside the locker room. Whether true or ridiculous, it was a belief rooted in the divisions in the Seahawks locker room that Bleacher Report’s Mike Freeman reported on earlier this season, when the team was on the brink of imploding. After a couple days to cool down, I was in touch with my contact and asked him if he still believed that factors other than “What is the best football play for this moment?” played into coach Pete Carroll’s decision. All he said was, “I don’t even know if I believe that anymore. I don’t know what to believe. I just can’t believe it ended like that.”

After I reported on this earlier in the week and speculated upon exactly why these particular conspiratorial thoughts might find purchase in a shell-shocked locker room, I was on the receiving end of a great deal of social media ugliness. The hate rolled in from a combination of right-wingers egged on by the often disturbing fringe website The Daily Caller and sexual harasser -turned presidential candidate turned radio host Herman Cain. It has also come from New England Patriots fans who believed that I was somehow denigrating their moment of triumph.

Let’s forget about the hard-right faithful for the purposes of this article, because I don’t believe honestly that they actually read the piece. Their critique centered on the fact that I had conjured up some kind of racialized conspiracy theory, as opposed to actually reporting something that was being said in the locker room. They can have their strawman on their own time. (And at the risk of stating the obvious, I sure as hell have it worlds easier in this country than their usual targets).

But I actually do want to address Patriots Nation quite directly on this. Any Boston sports fan who remembers the 1980s has no excuse for thinking that a manager or coach would never choose sentiment over strategy or wouldn’t jeopardize a victory in the name of having a favored player get the glory over the person better suited to do the job.

The moment I’m referencing—the one that Bill Simmons called the greatest gut punch in the history of sports—was of course game six of the 1986 World Series when New York Mets outfielder Mookie Wilson hit the grounder that dribbled through Red Sox first baseman Bill Buckner’s legs.

Bill Buckner was a great player, a multiple All-Star whose twenty-year career ended with over 2,700 hits. In 1984 after a long stretch with the Chicago Cubs, he joined the Red Sox and quickly became the heart of that team. He was also playing on ankles that were being held together with balsa wood and duct tape. All season, Red Sox manager John McNamara brought in young Dave Stapleton as a late-inning defensive replacement for Buckner in tight games. But in game six, with the Red Sox up two runs in the tenth inning and the Mets seemingly without hope, Buckner was in the game. John McNamara got sentimental wanting his favored vet out there for the final out, and it cost the Red Sox the game and perhaps the World Series.

These kinds of decisions happen all the damn time in sports, but we rarely hear about them because it usually doesn’t end in catastrophe. More often, it’s more like Bears Coach Mike Ditka in Super Bowl XX ordering William Perry instead of the great Walter Payton to get a one-yard touchdown because of his personal preference. Examples abound of players on the field or the court when they shouldn’t be because the coach wants them to have their moment. Anybody who has played sports in high school or college—myself included—got playing time their senior year that they otherwise would not have received for the simple reason that, well, that we were seniors. Do we think that Pete Carroll, with the ball on the one-yard line, was immune to conscious or subconscious thoughts about who would get the team’s crowning moment? I don’t know. But I certainly do understand why some players and the Seahawks locker room were feeling that at their lowest moment.

What we do know is that Pete Carroll simply overthought the moment. He put Russell Wilson in a position to throw the first interception from the opposing teams one-yard line in the entire NFL season. It’s inexcusable, and he’ll have to carry that for the rest of his coaching career. But a great measure of credit should also go to New England Patriots coach Bill Belichick for making what seemed to be the unpardonable decision not to call a time-out and save time for his star quarterback, Tom Brady, if the Seahawks scored. Belichick instead chose to let the clock run and to turn up the heat on Pete Carroll and Russell Wilson’s mental synapses. Guess what? It worked. It’s a reminder that players and coaches are not computers. There are sweaty palms, shivering minds and sentimental human error involved when the moment gets tight. And frankly, if there wasn’t, we wouldn’t watch. That’s what makes sports awesome, and that’s what can make them also at times so silly and so devastating. Just ask John McNamara and Bill Buckner. In the end, Pete Carroll overthought the moment. What those thoughts actually were will remain in the realm of speculation.