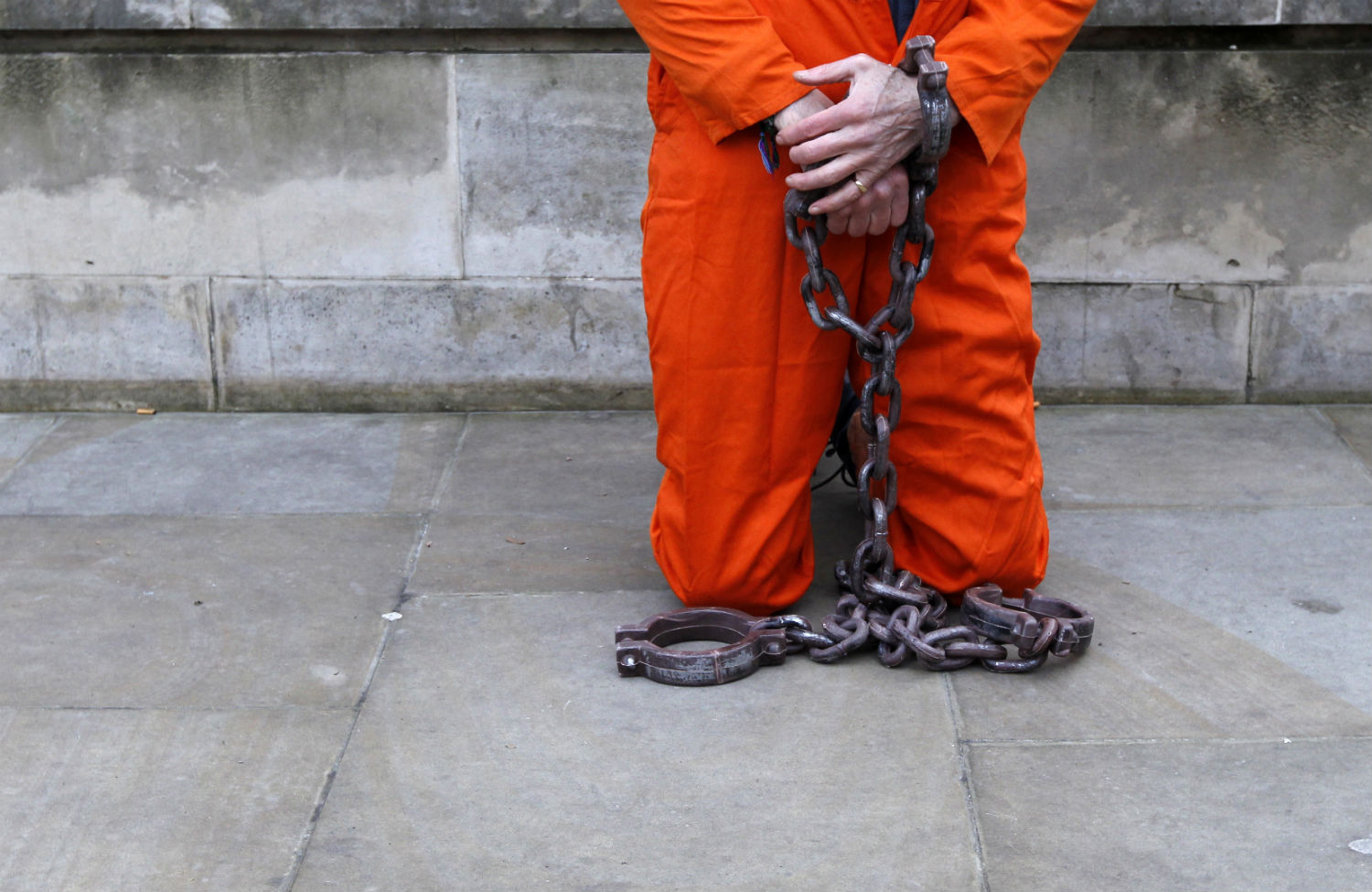 A demonstrator dressed as a prisoner protests against the US prison at Guantánamo Bay. (Reuters/Luke Macgregor)

Five years ago, on January 22, 2009, a newly inaugurated President Obama promised to “return the US to the moral high ground” by signing a series of executive orders. One ordered the closing of Guantánamo and the shuttering of secret CIA prisons; another prohibited torture and “enhanced interrogation techniques” by the CIA.

Years later, many have highlighted the unfulfilled pledge to close Guantánamo, which the Obama administration has repeatedly blamed on Congress. But few have noted the failed promise to end torture. While the days of waterboarding are over, Obama’s own Justice Department has continued to subject people facing terrorism-related charges in this country to prolonged pretrial solitary confinement and sensory deprivation—conditions that have been condemned by the international community as torture. (For more on terror prosecutions and the erosion of civil liberties, see The Nation’s ongoing “America After 9/11” series.)

In Manhattan, terror suspects like Fahad Hashmi are typically held in the 10 South wing of the Metropolitan Correctional Center, often for years before trial. There, the isolation is relentless, the conditions brutal and the confinement near-constant. Neither human rights groups, the press, nor the United Nations special rapporteur on torture, Juan Méndez, are allowed to visit. Indeed, when Méndez finally received information on Hashmi’s treatment in the federal system, including three years of pretrial solitary confinement at the MCC, he not only found "no justification” for it but declared that such conditions are “no more than a punitive measure that is unworthy of the United States as a civilized democracy.” Méndez has called for an absolute ban on the use of solitary confinement for more than fifteen days.

To mark Obama’s failed promise, human and civil rights organizations, community groups and family members have created a new campaign, No Separate Justice. NSJ will hold monthly “First Monday” vigils outside the MCC. The hope: to shine a light on the ongoing human rights abuses of the domestic “war on terror,” furthering the real work of reclaiming this country's moral high ground.