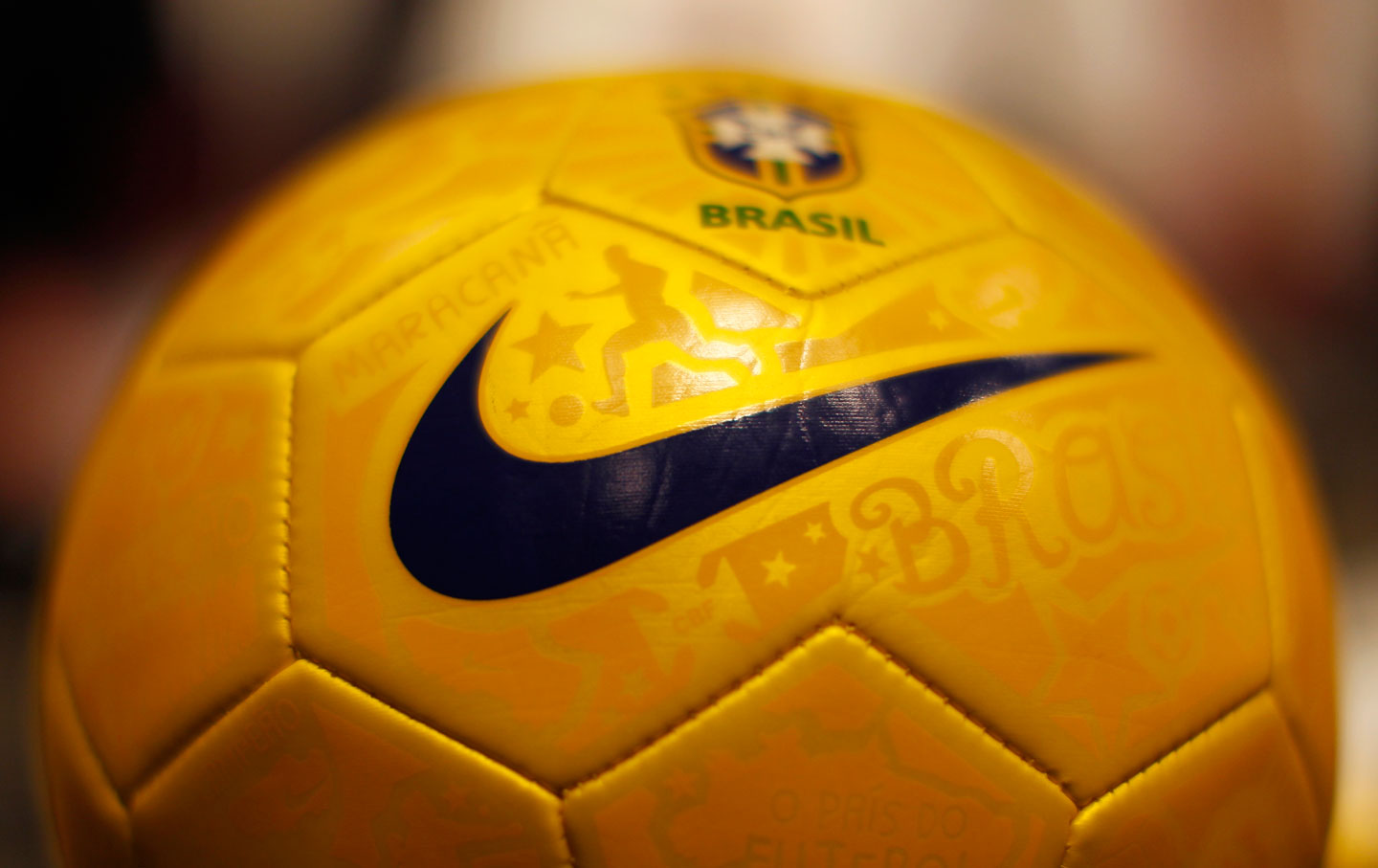 Jon Stewart, as he often does, captured the moment brilliantly. When FIFA’s international officials were indicted in Brooklyn on a flurry of bribery charges, Stewart announced, “Soccer is getting its perp walk.”

But then he asked: “What if they were bankers?” Americans know what he meant. Prosecutors would explain that in banking there is crime without criminals. Yes, the leading banks were rigging the international financial market to reap gorgeous profits for themselves, but it was impossible to identify the culprits. High finance is simply too complex to pin blame on human beings.

Lawyers would then negotiate a very large fine, the big banks would pay it off and everyone could get on with business as usual. That is the way the world works now. Everything for sale, as Bob Kuttner titled his book years ago. Mere mortals cannot buy their way out of trouble, but the big boys can.

Only sports were supposed to be different. It felt like one of the few remaining venues where extraordinary talent can still compete in heroic contests and fans worldwide can invest faith and loyalty in the honest competition of human endeavors. But the rumors have been around for years, and investigators finally nailed down enough evidence to make the charges.

It was embarrassing, to put it mildly, for some of the best names in American commerce. Coca-Cola was indignant. “We have repeatedly expressed our concerns about these serious allegations.” McDonald’s said it takes ethics and corruption “very seriously.” Visa promised to “reassess” its World Cup sponsorship.

Only Nike declined to make apologies. It was widely identified as the “multinational sportswear company headquartered in the United States” the indictment mentioned but did not identify or indict.

”Like fans everywhere we care passionately about the game and are concerned by the very serious allegations,” the company said. “Nike believes in ethical and fair play in both business and sport and strongly opposes any form of manipulation or bribery. We have been cooperating and will continue to cooperate with the authorities.”

Good for Nike. We hope to learn more about its ethical behavior, because it rules the world where multinational companies have fought one another ferociously over market share but also over who gets to “own” the stars who compete on playing fields and tennis courts.

Some Brazilian officials are now accused of taking bribes. Back in 1996, Nike famously defeated rival brands to become sponsor of the Brazilian soccer team. The $200 million deal was said to be as valuable as putting the label on Michael Jordan—undoubtedly worth more than Barack Obama’s recent accolades for Nike as creator of jobs (though not that many American jobs).

After the indictments, it seemed telling that Nike issued a legalistic denial: “There is no allegation in the charging documents that any Nike employee was aware of or knowingly participated in any bribery or kickback scheme.”

Never mind the indictment. Nike has conquered the world of soccer and other sports by changing the meaning of games. Thanks to Nike, players have been made into little human billboards—their hats, shoes, shirts, wrist bands, and bandanas (maybe even their underwear) carry the Nike logo. Schools and universities and pro sports teams saw the bonanza of promotional advertising and sold themselves to the highest bidders. Cities and states built gorgeous stadiums and sold naming rights to corporate America.

How could anyone be against that? Who can resist a world made by money that is ruled by glamorous jocks? All that’s required is we have to wear corporate labels on our bodies? No big deal, everything is for sale, isn’t it?

I have a different understanding of the Nike culture because, some years ago, I was in one of those factories in Indonesia where they manufacture the athletic shoes. I met privately there with some of the young Nike workers—Javanese teenagers who wished to protest their pitiful wages and politely make themselves heard in America where other teenagers buy the fabulously expensive Nikes.

“We are hopeful,” Suprato added. “Right now, we accept what we have, but we would like to change that.”

There was no union at the plant, of course, but these teenagers organized a brief wildcat strike. Naturally, they were fired. They presented me with a neatly hand-lettered petition, asking young Americans to consider not buying Nikes unless the company gives them respect. These young people in Indonesia had not yet learned that everything is for sale. I didn’t have the heart to tell them.