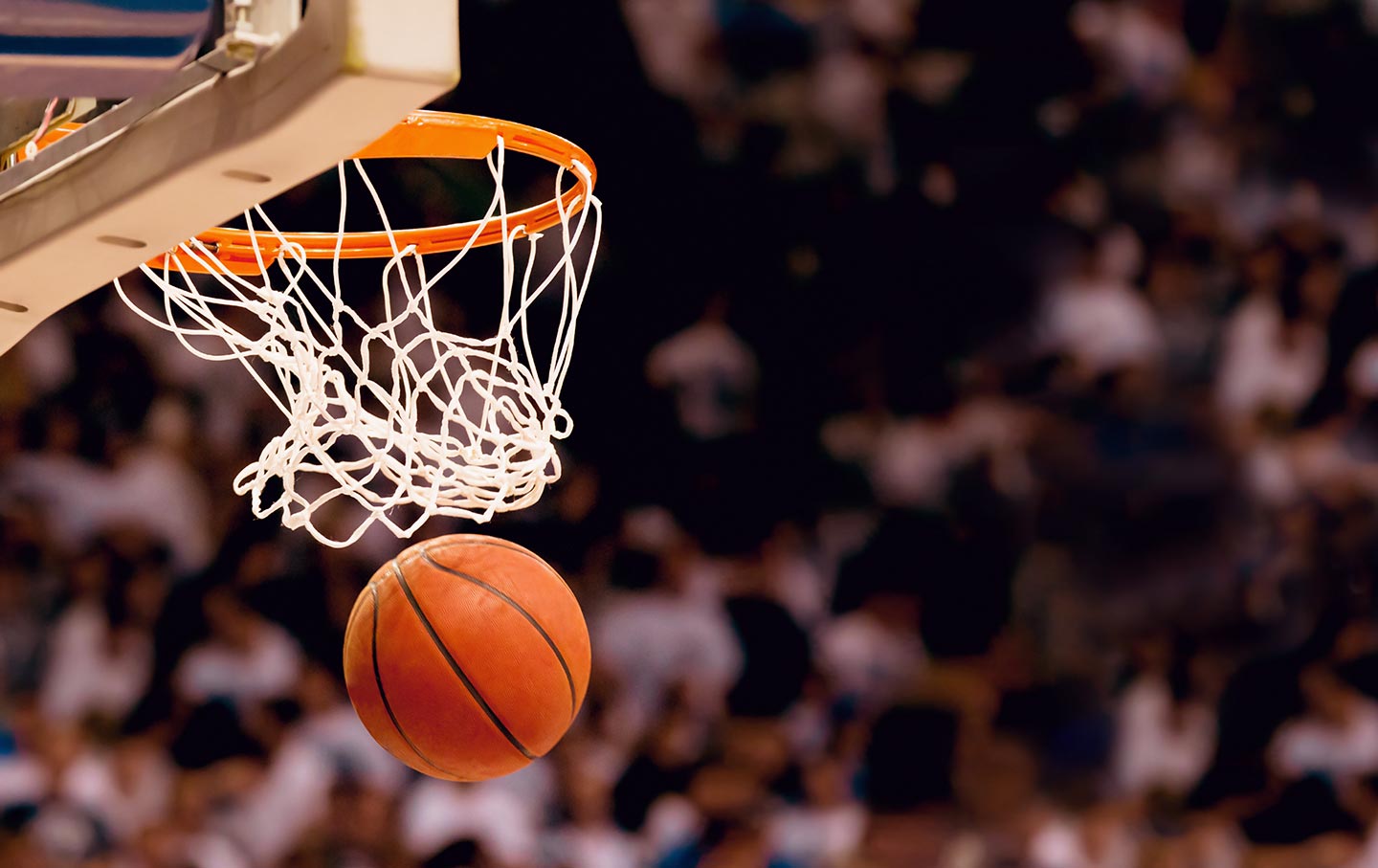 Kevin McNutt has been a referee for 34 years at the high school and AAU level. He is also the author of two books: Playing Time: Tough Truths about AAU Basketball, Youth Sports, Parents and Athletes and Hooked on Hoops: Understanding Black Youths’ Blind Devotion to Basketball. I reached out to him to discuss a viral video of a brutal brawl at an AAU game between players from Chicago’s RAW athletic team and referees in Emerson, Georgia. In the waning seconds of the game, a referee gave one of the Chicago RAW players a technical foul, followed by a verbal altercation between the referee and player. Then all hell broke loose.

Dave Zirin: What was your gut reaction when you saw the footage?

Coach McNutt: It hurt to my belly and embarrassed me to watch it. You know, I just felt totally… drained. Dejected. And then, I wanted to watch the footage again to understand what had happened and felt even worse.

Dave Zirin: Do you blame the kids for this? Or do you think anytime there are adults—referees, coaches, parents—they should have been able to diffuse this before it happened?

Coach McNutt: I do blame the kids, because they jumped the referee. But I don’t blame them first and foremost. Let’s be clear here. A good referee knows when things are escalating. They know when two players are tussling or talking trash to each other. You have to use your instincts when you’re out there. You go to the bench and tell the coaches, “Look, we’re going to have to call more fouls. Get your players.” Now, the referee should also know that hostilities are raw, this is a losing team, you’ve got to watch out. They might take a cheap shot at a player or an opposing kid has scored 30 and they’re mad about it. So you gotta know time and score at all times. The game has been decided. Watch out for the other team taking some cheap shots or being frustrated.

All that being said, this isn’t about the ref. It’s about the coach. That’s who knows the players best of all. He’s recruited them. He’s been with them for six months or two seasons, so he knows the kid that’s the hothead. He knows the kid who’s mouthy. He knows the kid that’s got a quick temper, so he should’ve quelled that. So I hold him firstly responsible. And then there are the kids themselves, because you have no reason coming after a referee. You’re going to walk up and punch a policeman on the corner because he told you to get out of the 7-Eleven? No. And referees are an authority figure and should not be approached and should not be touched on any level.

And in this circumstance of what I watched, the referee was at fault, too. One, I don’t think he had any game-management skills to see what was going on. And then—watching the footage, very closely—he was punched. That has never come close to happening to me in 34 years. But if it had, I would have turned my back and just said,“The game is over.” Turn around, blow this off, get security, and just get away from there. But he turned around and actually had his hands up and said, “Let’s do this thing!” Squaring up, like it was Ali-Frazier, for lack of a better term. In all my years, I’ve never seen that: a referee turn around and saying, “let’s do this thing,” with a 16-year-old. This made me inclined to think that maybe there’s something going on besides just a smart-aleck kid and you give him a technical. Maybe there was some kind of banter, or unprofessional style, by the referee.

Dave Zirin: What’s the best way to diffuse a situation that’s getting out of control?

Coach McNutt: Well, first of all, call a technical foul. But then you go to the coaches and say, “Hey Coach, Number 32, Number 12, Number 10, you need to settle them down, alright? They’re going to have to leave the game. You’re responsible. These are your players. Take control.” And then, if that doesn’t do it. I have a right to call that game on any reason. The rule book says referee controls all things not covered by the rule book. At that point, if I see that happening, I can go up there and say, “Game over.” And walk off the floor. Don’t argue. Get off the floor and let security handle it.