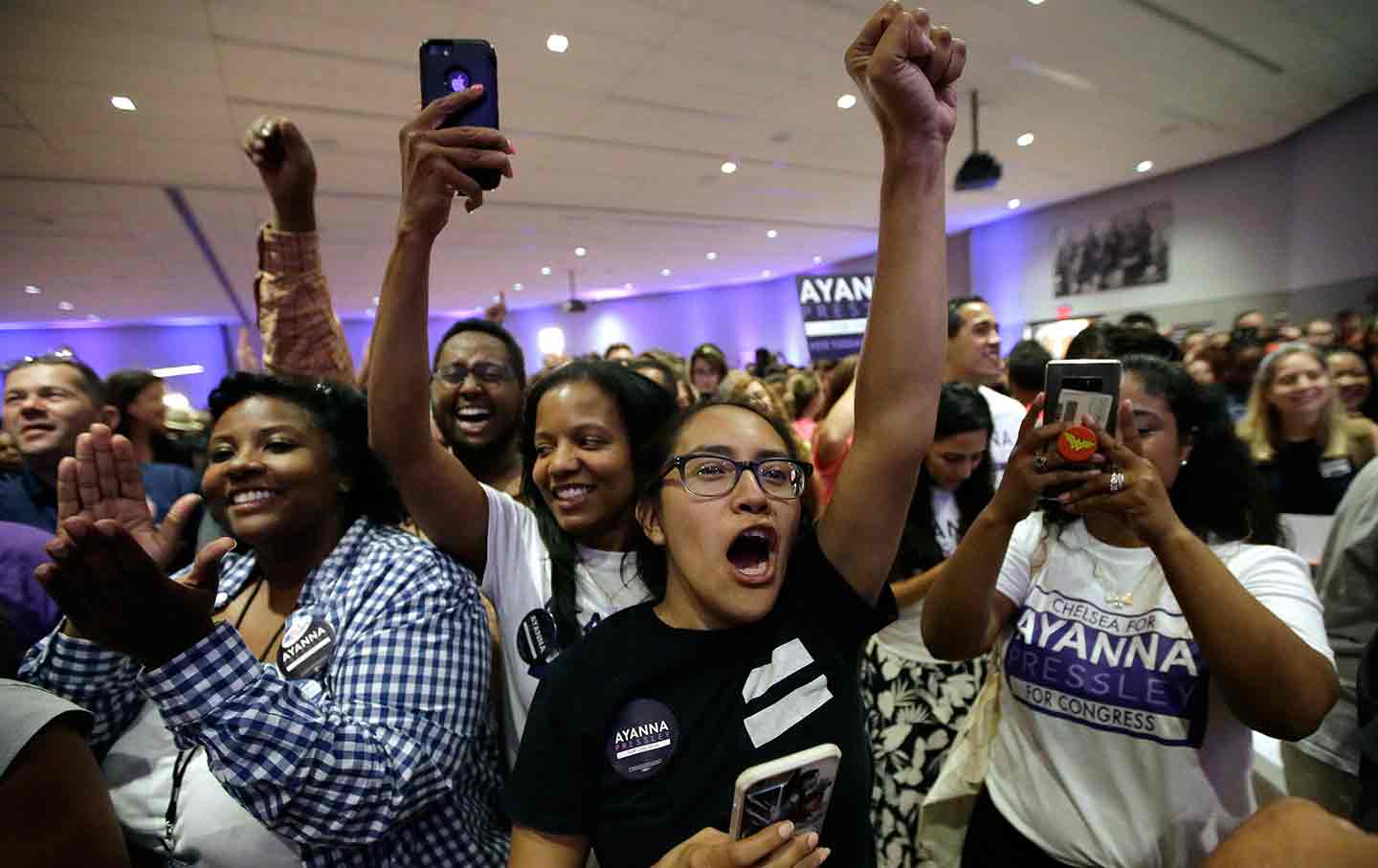 The primary victories of progressives Alexandra Ocasio-Cortez and Dana Balter in New York, Ayanna Pressley in Massachusetts, Rashida Tlaib in Michigan, and James Thompson in Kansas have a number of House progressives hoping that a “blue wave” will wash over Capitol Hill this November and swell the numbers of the Congressional Progressive Caucus (CPC) by potentially two dozen or more elected officials.

Winning elections is one thing, but it is after Tuesday, November 6, that the hard work of governing begins. And progressives in the House are preparing for the very real possibility that come November there may be a need to hire roughly 150 new legislative-policy staffers—and to meet this requirement, a major new infusion of talent on Capitol Hill will be required.

As Justin Talbot Zorn correctly observes in The American Prospect, “If Democrats regain control of Congress, staff capacity will be key to developing creative ideas, converting them into sound policies, messaging them effectively, and mobilizing the electorate around them—all while holding the administration accountable.”

The Progressive Pipeline may be a new and welcome idea on the left, but as Talbot Zorn, himself a former legislative director for three progressive Democratic House members, noted, in this regard, conservatives are light years ahead, noting the “huge network of capacity-building programs on the right, including the Heritage Foundation’s Young Leaders Program, the Charles Koch Institute’s Hill-focused professional development programs, the Federalist Society’s multifaceted pipeline for right-wing legal talent, Capitol Hill staff programs from the conservative Tax Foundation and Mercatus Center, and multiple talent development programs from neoconservative groups like the Foundation for Defense of Democracies and the Foreign Policy Initiative.” 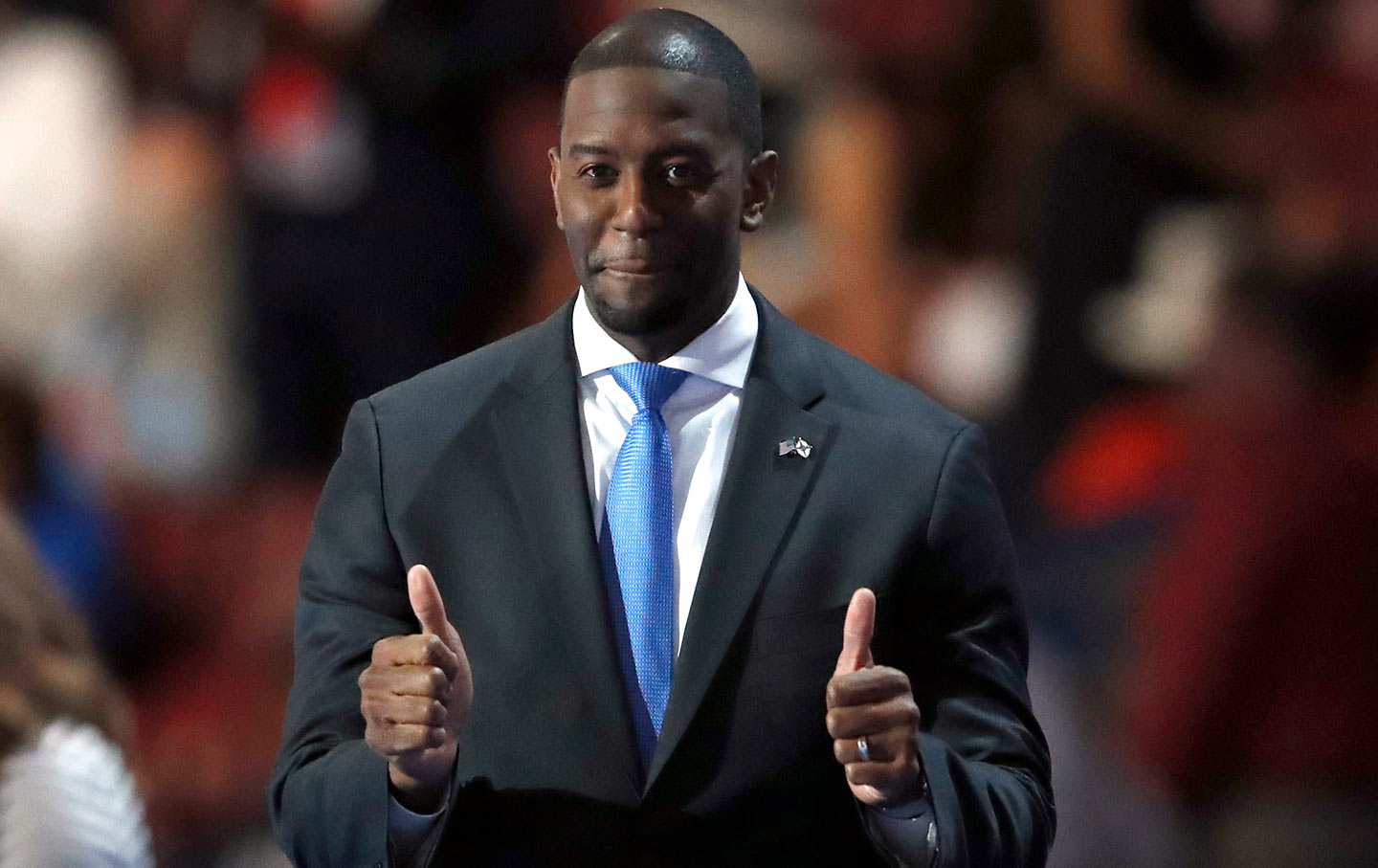 Andrew Gillum’s Rise Shows the Strength of the Progressive Pipeline

Nothing of the sort exists on the left, perhaps until now.

Recently, CPC co-chair Mark Pocan and CPC first vice-chair Pramila Jayapal, in conjunction with nonprofit advocacy groups like Demand Progress and progressive think tanks such as the Center for Economic and Policy Research, launched an innovative new program, The Progressive Talent Pipeline, that would help staff up progressive members of the incoming freshman class.

A congressional staffer associated with the project told The Nation that “there has been a longstanding recognition on the part of progressives in Congress, particularly after Bernie Sanders’s 2016 run, that we need to build a deeper bench of progressive staffers in Congress with the policy chops to flesh out the big ideas that inspire voters and promise to build a just, humane society.”

“The fact is,” said the staffer, “the current crop of Hill staff on the Democratic side could benefit from greater diversity: racially, in terms of class, and bringing fresh ideas to the table. We recognize a need to bring in people from outside the process who will depart from the establishment approach to politics on the Hill and will be immune to the allure of ultimately landing a job as an industry lobbyist on K Street. Given the exciting values and positions that many progressive candidates and lawmakers are staking out themselves, we hope to recruit staffers who can help these elected officials seek out new opportunities that harness that passion and who help us secure progressive reforms.”

And challenging the establishment mentality on economic and foreign-policy issues is something that the CPC has been doing with much energy since Trump took office. In just the past year, progressive members have stood up to powerful private-equity firms over mass layoffs; introduced legislation to radically jump-start labor organizing; forced Congress to debate and vote on stopping the illegal war on Yemen; bucked other Democrats by supporting diplomacy with North Korea; challenged the odious legacy of US policy toward Honduras and the root causes of migration; and sought to reassert the congressional prerogative over matters of war and peace. In order to continue to do so, and with some measure of success going forward, you need, as the progressive staffer noted, “passionate, proactive aides in policy and communications to help members lead new fights and ultimately change the Democratic party’s priorities.”

Visit the Progressive Talent Pipeline for more information on how to apply.