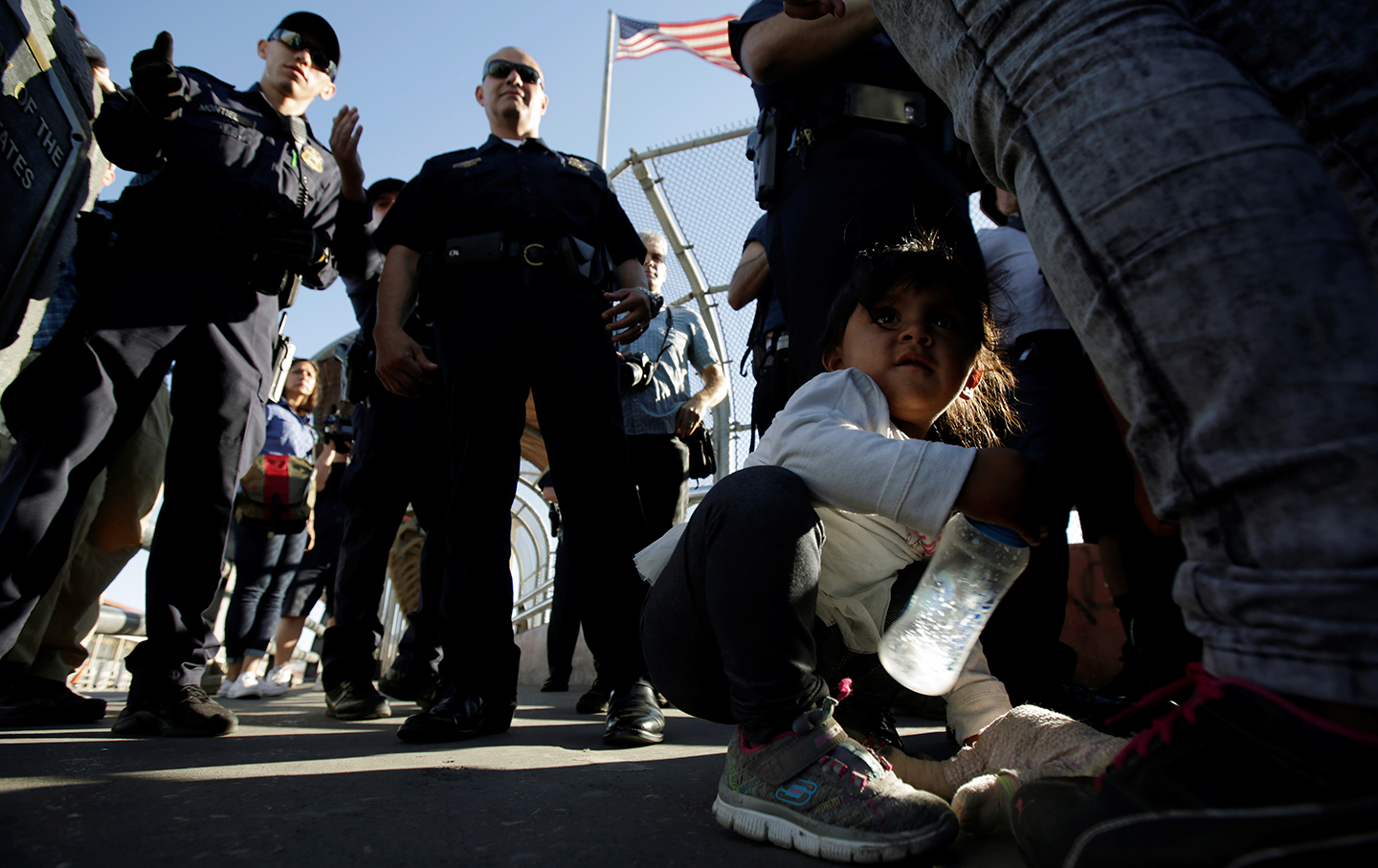 The horrific accounts of immigrant families being torn apart have inspired ordinary Americans to take to the streets, calling for an end to the Trump Administration’s cruel detention policies. But while President Trump’s recent actions have led to shockingly brutal child incarceration, mass arrests, and the criminalization of immigrants, the issues that push desperate migrants and refugees to our borders span many decades. Progressives must seize this historic moment to tackle the United States’ long-dysfunctional relationship with its Latin American and Caribbean neighbors and build new, more perfect ties.

Half a century ago, Martin Luther King Jr. argued that “a true revolution of values will soon cause us to question the fairness and justice of many of our past and present policies.” Turning to the Western Hemisphere, King said, “It will look at our alliance with the landed gentry of South America and say, ‘This is not just.’” The time is now for such a revolution of values: By decisively breaking with long-standing US policy, we can ease the violence and misery south of our borders, so that people may finally lead dignified lives in stable communities throughout the Americas.

Indeed, look at the 1980s, when military dictatorships and right-wing militias in Central America—armed, trained, and continuously backed by the United States—killed hundreds of thousands of people across El Salvador, Guatemala and Nicaragua, sparking a wave of migration into the United States. Or look at the pro-corporate North American Free Trade Agreement (NAFTA), which displaced millions of Mexicans in the agricultural sector, entrenching poverty, and contributing to a surge in Mexican emigration into the United States. The Trump administration’s decision to end protections for tens of thousands of Haitian immigrants is only the latest blow to a country that had already suffered two US-backed overthrows of its elected governments in a 13-year span. And in Honduras, a leading source of unaccompanied child refugees today, it was the United States that helped ensure the success of a violent military coup against the elected president, Manuel Zelaya, in 2009, unleashing a flood of repression and displacement.

This largely unbroken pattern of behavior is now threatening to plunge Latin America’s largest country, Brazil, into chaos. US policy has contributed to a right-wing assault on democracy there, leading to the unconstitutional ousting of President Dilma Rousseff in 2016. What has followed—the assassination of prominent Afro-Brazilian city councilor Marielle Franco in March of this year, and the current imprisonment of the popular former president Lula da Silva (widely seen as an attempt to prevent him from running in upcoming elections, which polls show he would win by a large margin)—flies in the face of human rights and US interests.

A progressive vision for the hemisphere, then, must first end any US military support for repressive governments throughout Latin America and the Caribbean. Second, as President Trump has blithely entertained a “military option” for Venezuela, we must stop the pursuit of interventionism and regime change against governments that Washington dislikes, and instead support peaceful negotiations. Finally, a humane hemispheric policy must also overhaul the corporate-dominated trade and investment pacts that rob nations of their economic agency. On Capitol Hill and throughout Latin America, the beginnings of that moral revolution articulated by Martin Luther King Jr. are finally emerging.

In the wake of Mexico’s historic election of left-of-center candidate Andrés Manuel López Obrador, for example, the leaders of the Congressional Progressive Caucus applauded his vision for international relationships that depart from “war and hegemony.” The largest values-based caucus among House Democrats vowed to advance principles of mutual respect as the basis for working with Mexico’s incoming administration to end the refugee crisis, the hyper-militarization of law enforcement, and the senseless war on drugs.

Seventy House Democrats have paid tribute to the slain Honduran environmental activist Berta Cáceres by co-sponsoring the Berta Caceres Human Rights in Honduras Act. In a break with typical US policy toward Central America, this bill would suspend all US security assistance to the country’s military and police forces until their impunity ends, and the rights of trade unionists, journalists, human-rights defenders, LGBTQ activists, and Afro-Indigenous communities are protected.

Rather than retreating into isolationism, progressives are proposing an overhaul of the rules of investment throughout Latin America and the Caribbean. Robust and binding labor and environmental standards to raise wages and end outsourcing; a transparent and democratic process for developing trade policy; an end to secretive legal privileges and anti-democratic tribunals for big corporations enshrined in deals such as NAFTA; and investments for underprivileged communities across our countries can pave the way for genuine economic cooperation that prioritizes working people and the protection of the natural resources on which they depend.

There is no question that the images of children suffering in our detention centers demand that we challenge this administration’s abusive policies. But it should also inspire us to reflect on how to heal the massive dislocation and economic inequality that have plagued Latin America and the Caribbean, and strengthen our resolve to build a more equitable world in the 21st century. By leading us away from a current policy of US hemispheric control, progressives are creating a desperately needed alternative: an American leadership worthy of our highest ideals—one that advances our own sovereignty while respecting that of our neighbors, and which promotes genuine security for our peoples.