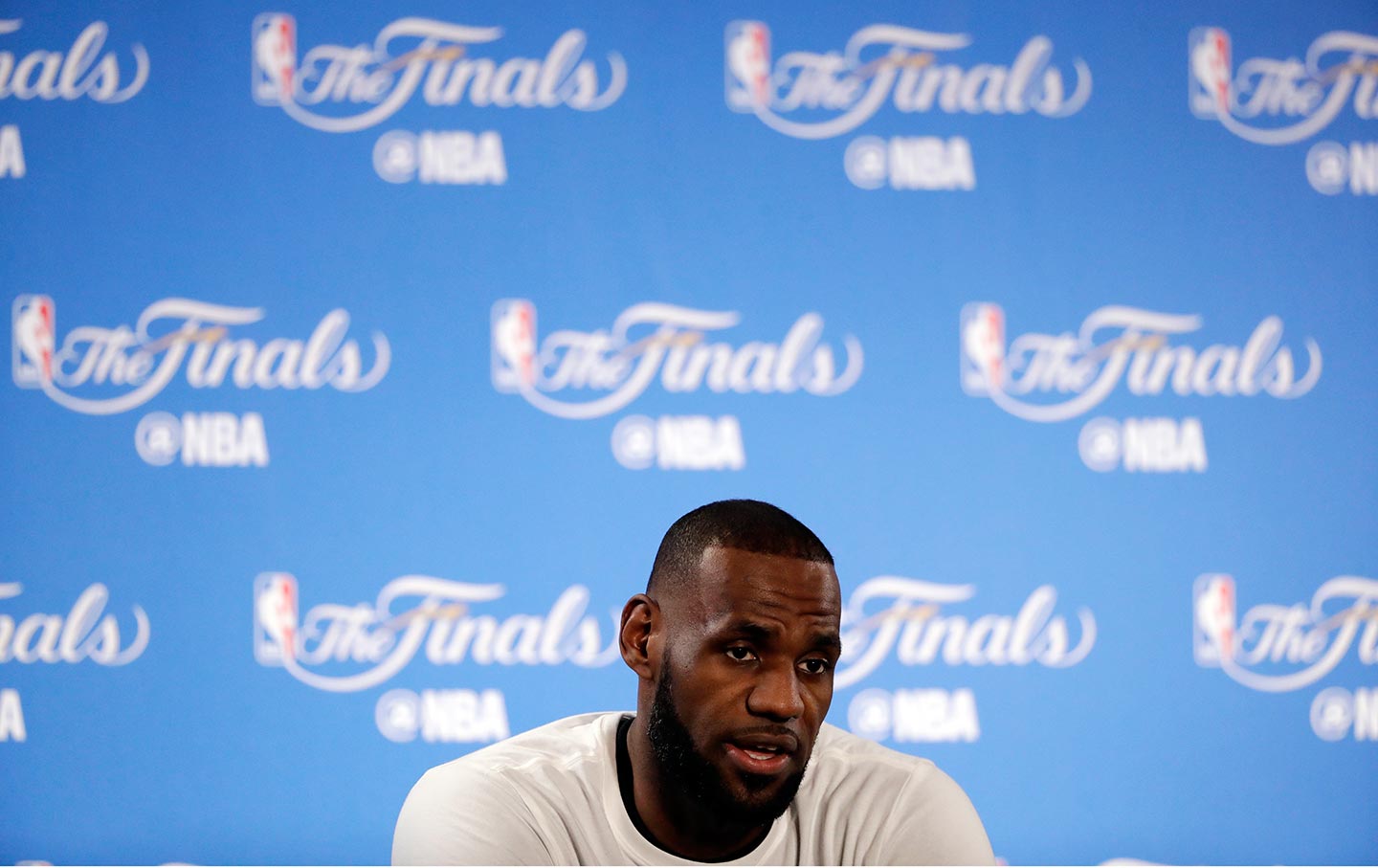 LeBron James, arguably the most famous athlete in the country, just saw the word “n——r” scrawled across the gate of his Los Angeles home. Soon after this news broke, word came of a noose found at the Smithsonian Museum of African American History and Culture in Washington, DC. Incidentally, James has contributed financial support to the museum.

These acts came less than two weeks after the racist killing of Lt. Richard Collins III on the UMD campus by an “alt-reich” sewer-dweller, the murders of two white “good Samaritans” in Portland who were attempting to intervene as a neo-Nazi was harassing two young women of color, one wearing a hijab, and torch-wielding rallies against the removal of Confederate monuments.

It also happened after the author of From Black Lives Matter to Black Liberation, Keeanga-Yamahtta Taylor, had to cancel a major event at Town Hall Seattle because of a series of death threats.

It’s all part of an ongoing state of terror, division, and violence that has emerged under the Trump administration. Other than a single tweet about Portland, the administration has had nothing to say about this barbarism.

As the United States goes about puking up the worst aspects of its past, it’s tragically fitting that an athlete like LeBron James would be targeted. From the dawn of organized sports, Black athletes have driven racists into fits of fury. They represent excellence in a field that has long been promoted as the ultimate meritocracy. While many of us watch a player like LeBron James with awe and even gratitude, racists seethe with resentment.

The living embodiment of their own inferiorities, black athletes puncture the imaginations of white supremacists. In 1908, the first black heavyweight champion boxer, Jack Johnson, heard the call for a “great white hope” to restore the “natural order” of racial hierarchy. The New York World wrote that Johnson’s world heavyweight title “must come as a shock to every devoted believer in the supremacy of the Anglo-Saxon race.”

Then there was Bill Russell. The Celtic great won 11 championships in 13 years for the Boston faithful, but that didn’t stop someone from breaking into his home and defecating on his floor. When boxer Floyd Patterson attempted to move into a white neighborhood he was rebuffed. Hall of Fame basketball player Lenny Wilkens’s dog was poisoned by his neighbors. They wanted his family out of their white community.

And today, Baltimore Orioles player Adam Jones has to hear racial invective from the Red Sox fans in Fenway Park. To add insult to injury, he was then harangued by Internet trolls and established sportswriters alike.

Yet while the black athlete is a target for the maelstrom of hate being regurgitated by this White House and its shock troops, they are also critical to its resistance if they are willing to step up and speak about what is happening. LeBron James did precisely that at a recent press conference:

It just goes to show that racism will always be a part of the world, a part of America. Hate, in America, especially for an African-American, is living every day. Even though it’s concealed most of the time—people will hide their faces and will say things about you and then when they see you they smile in your face—it’s alive every single day. And I think back to Emmett Till’s mom, actually. It’s kind of one of the first things I thought of. And the reason that she had an open casket is because she wanted to show the world what her son went through as far as the hate crime, and being black in America. No matter how much money you have, no matter how famous you are, no matter how many people admire you, being black in America is tough. And we’ve got a long way to go for us as a society, and for us as African-Americans, until we feel equal in America.

People should listen to the entirety of his remarks.

As Colin Kaepernick said, “there’s a lot of racism disguised as patriotism in this country.” Maybe that’s why he can’t get a contract from the NFL executives underwriting the Trump agenda. Kaepernick spoke a difficult truth to power. We will need more of that, if we are going to keep this hate at bay. Lives depend upon it.