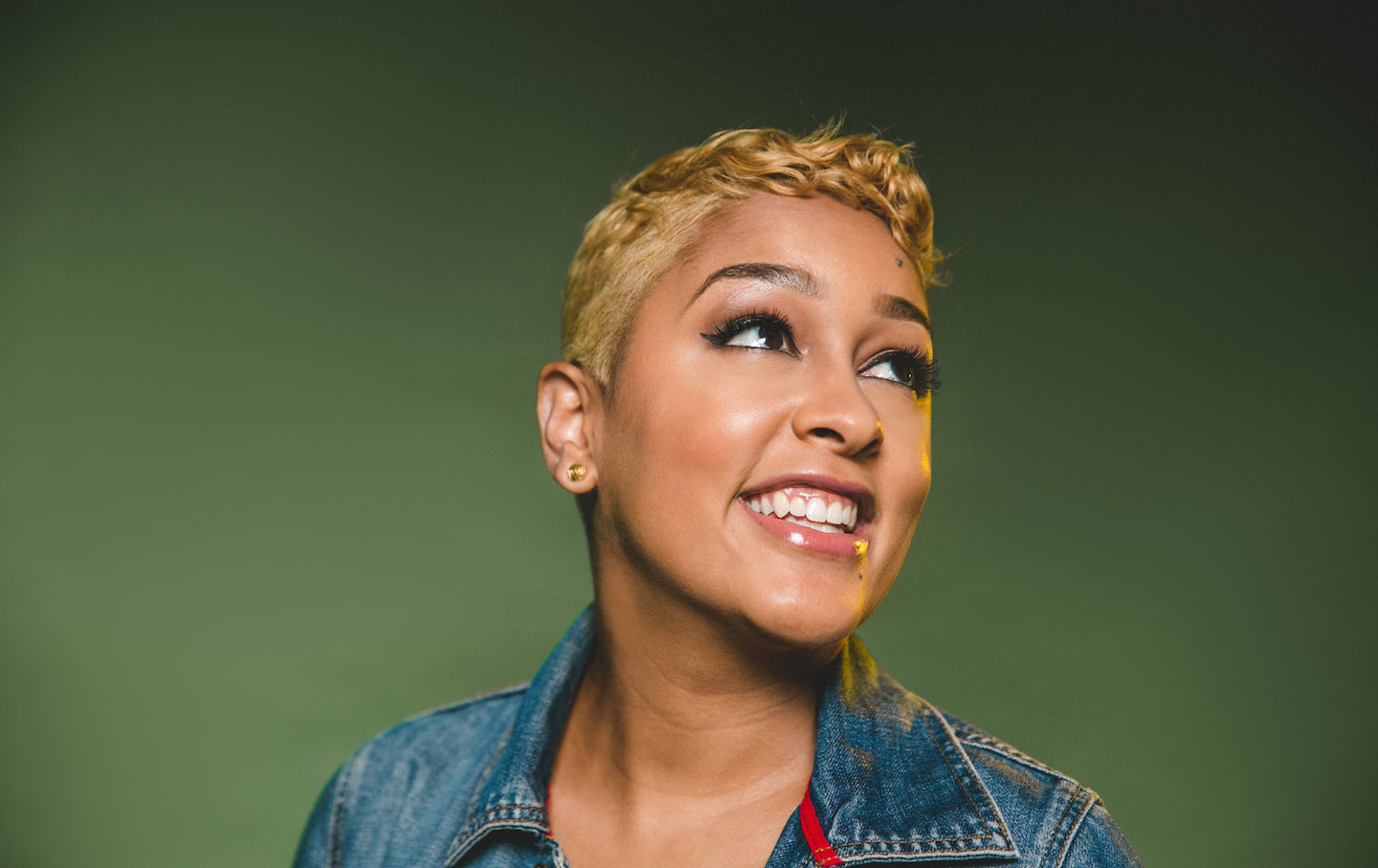 When Marvel Comics needed a writer for its character Riri Williams (the “new Iron Man”), a suggestion came promptly—via Twitter, of course: “@eveewing 100%,” suggested one user. The next day, a Change.org petition to hire Eve Ewing, a professor at the University of Chicago, garnered more than 1,500 signatures in 24 hours. As Ewing herself noted, the character resembled her, both physically and biographically. (Besides being black women from Chicago with degrees from universities in Cambridge, Massachusetts, they’re also both on record as being fans of the New York rap group A Tribe Called Quest.) Apparently, someone at Marvel noticed: The first issue of Ewing’s Ironheart series was released last month.1

Ghosts in the Schoolyard: Racism and School Closings on Chicago’s South Side

She has a large and growing following on Twitter: Last fall, she had 85,000 followers; today, closer to 200,000 people read her threads on basketball feuds, the discount-gadget site Woot, the importance of school libraries, and R.L. Stine’s Goosebumps series. Unlike most other Twitter-famous academics, Ewing doesn’t only post content related to her job (all four of them: professor, poet, comics writer, and podcast host). Her feed reflects her various interests, from social justice to being seriously dorky: The right video game is never available; her husband is always “husbae”; and it’s worth a Twitter thread to explain that “technically, because it has so many eggs and so much butter, brioche is a pastry.”2

Ewing’s openness on Twitter is not just about being honest about her life, or projecting a compulsively relatable image to her followers, or cultivating a savvy online persona (although all of those things may be involved). It’s also part of her politics, which values community—especially a digital one—and keeps a critical eye trained on the hierarchies of the academy and establishment media. She doesn’t downplay her Harvard PhD, or the fact that she’s a faculty member at an elite university, and she doesn’t hide how those markers of prestige make life easier. But she’s not convinced by meritocracy and fancy institutions, and her first two books reflect that.3

Last year, Ewing published her first book, Electric Arches, to critical and popular acclaim. It’s a poetry collection drawn from childhood memories of black Chicago—her own and her students’. It’s a work of what the black-studies scholar M. Haynes calls “the black speculative arts,” through which the connections between Ewing’s love of video games and comics and her scholarship about black communities and education are made apparent. People in the poems—mostly young black women—act with superhero logic: They are so obviously invincible that it’s not worth us wondering “how” or “why.” Unfettered by physics, they move like video-game characters—straight up in the air, down from the moon, backward through time. The collection won several national awards and made it into just as many year-end Top 10 lists; the poems were read at a sold-out launch event, at bell hooks’s birthday party, on a transatlantic book tour, and at the Pitchfork Music Festival. And publishing with Haymarket, a leftist Chicago-based press, put her in the company of Angela Davis, Aja Monet, and Arundhati Roy.4

Ewing’s latest book is Ghosts in the Schoolyard: Racism and School Closings on Chicago’s South Side. She follows the community resistance to Mayor Rahm Emanuel’s decision to close 50 schools—in particular, Walter H. Dyett High Schoo for the Arts in Bronzeville, a historically black neighborhood on the city’s South Side. Though the school that Ewing once taught middle-school science at was closed as well, her focus on Dyett makes sense, and the school becomes as much a character as a case study. The depth of public engagement around Dyett’s closing shocked many outsiders, as members of the coalition of protesters went on a 34-day hunger strike, eventually resulting in the school remaining open. And Dyett’s name alone evokes a lineage of black education in Chicago: The school was named after Walter H. Dyett, a public-school music teacher who trained Nat King Cole and Bo Diddley, among many others.5 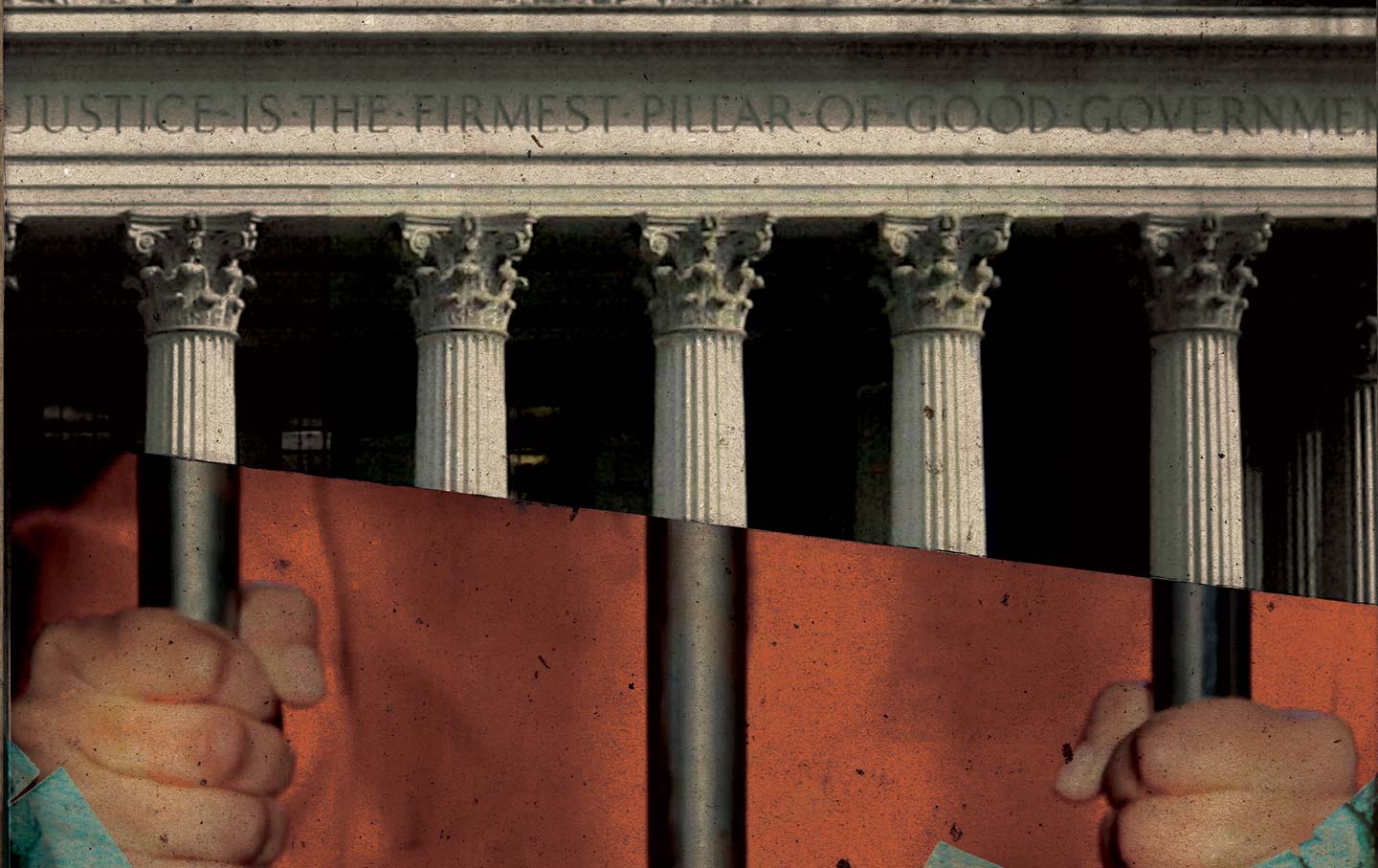 How the Courts Perpetuate Broken-Windows Policing

It’s hardly news these days that Emanuel’s educational policies as mayor of Chicago are discriminatory, or that many institutions in America are structured around racial exclusion. But what makes this book more than an inflated explainer on racism and school closings is Ewing’s analytic methods, and in particular how eager she is to share them with the reader. The choices she makes, both as a writer and as a sociologist, are well considered and explained in the text. She is careful to note her subject position and its relation to her interviewees: Her candid writing about how personally devastating the school closings are helps validate that frustration as an intellectually productive feeling, where it might otherwise have been dismissed as too biased to be the starting point of analysis. “When you can’t get basic answers about how a supposedly democratic process is going to take place,” Ewing writes, “it feels like a restriction of your ability to act as a citizen. As constituents in a system that seems constantly poised to wriggle out of our grasp, how much power can we ever really have?”6

Her frequent use of block quotes prioritizes amplifying voices from Bronzeville over summarizing them. She notes the residents’ frustration at not being heard, to the point that even in the middle of a public hearing—which are always recorded—she describes many residents trying to confirm that they are, in fact, on the record, when nothing about the actions of the City Council would suggest that their contributions have been registered at all. Though the official tapes of those hearings may be gathering mold in some damp basement, Ewing has brought them to a much wider table.7

The book’s methodology section is characteristically lively: Ewing includes a discussion of an Archibald Motley painting, a how-to guide on recognizing “muted racism” through critical-discourse analysis, insights from literary scholarship and black religious thought, and Sigmund Freud’s definition of mourning. Despite her skepticism about academic hierarchies, Ewing takes seriously the academy’s ability to provide frameworks and contexts for understanding political problems. The reader who follows her footnotes to the library will encounter an intellectually diverse range of theorists, including George Lipsitz, bell hooks, Judith Butler, and Paul Farmer. But Ewing is less interested in showing off the depth of her reading than in convincing us that theory is more aligned with our experiential knowledge than we might otherwise think.8

One of the clearest signs of her lack of egotism is how willing she is to cede analytic insight to the people in her community: Many of the most interesting historical and political references are found in those public-hearing records. One teacher ties standardized testing and test-score cutoffs to the history of eugenics in public schooling. Another explains to us the failures of change from above: “We do get Brown [v.] Board of Education, but the Supreme Court really doesn’t really put any teeth in it, and what happened back then historically was that the schools in the South, many of them they shut them—they shut down the school districts.”9

Ewing’s extensive interviews with the students and parents affected by school closings led her to an unexpected finding: Bronzeville residents actually grieve closed schools the way they might the loss of a relative. Ewing provides a concise account of “fictive kinship” in black communities, which arose after the forced ruptures of slavery. Once more traditional familial bonds were intentionally and systematically broken, new ones emerged based on proximity and solidarity, and the responsibilities of care, support, and child-rearing extended far beyond the reach of the white nuclear family. Institutions of schooling, through both accident and necessity, have converged with black kinship models in Bronzeville. As students, parents, teachers, union leaders, and principals all note, Walter H. Dyett High School means family; any harm to it is violence, and to close it is to kill it.10

Ewing’s mission is to present critical theory and sociology in a way that makes her readers feel capable of enacting both. Though the book has been published by an academic press and builds on her doctoral dissertation, a critique of the academy as a gatekeeping institution is latent throughout it. The closeness that Ewing maintains to her subjects keeps her work outside the fence of SAT-score cutoffs, application fees, and sky-high tuition; it opens the gates of critical and sociological analysis to anyone with an interest in their surroundings. (The book also hints at the ways in which university training in public officials can actually hinder democratic thought. The community, forced to muster evidence to defend itself, finds an army of city officials armed with degrees and the absolute assurance that they know best.)11

More pressingly, the book captures the frustration that Bronzeville residents feel as they hear a constant rhetoric of democracy and representation, but are nevertheless forced to watch as their interests are consistently trampled, their basic expectations of social services denied, their larger dreams deferred. Ewing says she’s not interested in writing for Rahm Emanuel’s eyes, or those of any other politician, because she doesn’t really believe in their capacity to reflect and admit wrongdoing. The book doesn’t mention any of the usual policy-oriented suggestions to improve educational justice (school-funding reforms, more guidance counselors, smaller class sizes), and, though Ewing is certainly aware of the fact, it doesn’t mention the countless ways in which even well-funded schools can fail their students. Elsewhere, she draws a distinction between “schooling”—the end goal of getting kids to a certain level of achievement—and “education,” and the book is really only concerned with the latter. School can represent a significant period in a child’s life—not just the means to a degree or two, but a community, a family, an impetus for democracy.12

In a way, Ewing’s facility with Twitter as a medium makes sense: The platform rode to prominence on its promises of digital community and insurgent democracy, holding aloft the examples of Arab Spring and Occupy Wall Street organizing. But as the major social-media companies marched toward ubiquity, those promises came to seem more like increasingly callow corporate calculations. “I’m contemplating leaving @twitter,” Ewing confessed recently. It “has proven to be instrumental in harming people with marginalized identities, which normally I wouldn’t blame a media platform for except that [Twitter CEO Jack Dorsey] has demonstrated negative interest in doing anything about it.” Twitter’s democratic promise has been corrupted from the top down, in other words, and its users—especially the most vulnerable ones—are helpless to change it.13

Ewing describes herself as “a person that has very limited investment in electoral politics,” and so Ghosts in the Schoolyard isn’t a policy book. And anyway, she’s skeptical about the ability of academic sociology to change politics, noting the persistent plutocracy of Chicago institutions even after all the endless high-profile reports. Ultimately, Ghosts in the Schoolyard is a book about the failure of white democracy. Ewing probably won’t leave Twitter, any more than she’ll leave her teaching position or stop voting; the urgent need for a critical voice—one with the means to amplify itself—is difficult to ignore. And Ewing’s work helps articulate what the Bronzeville protesters practice: the potential of real democracy, one that moves from the bottom up.14

Correction: An earlier version of this article inaccurately stated that Eve Ewing was hired by Marvel due to the popularity of a tweet and a fan petition. As per Ewing’s comments on Twitter and elsewhere, the petition was just one part of a long and exhaustive hiring process. The text has been updated.