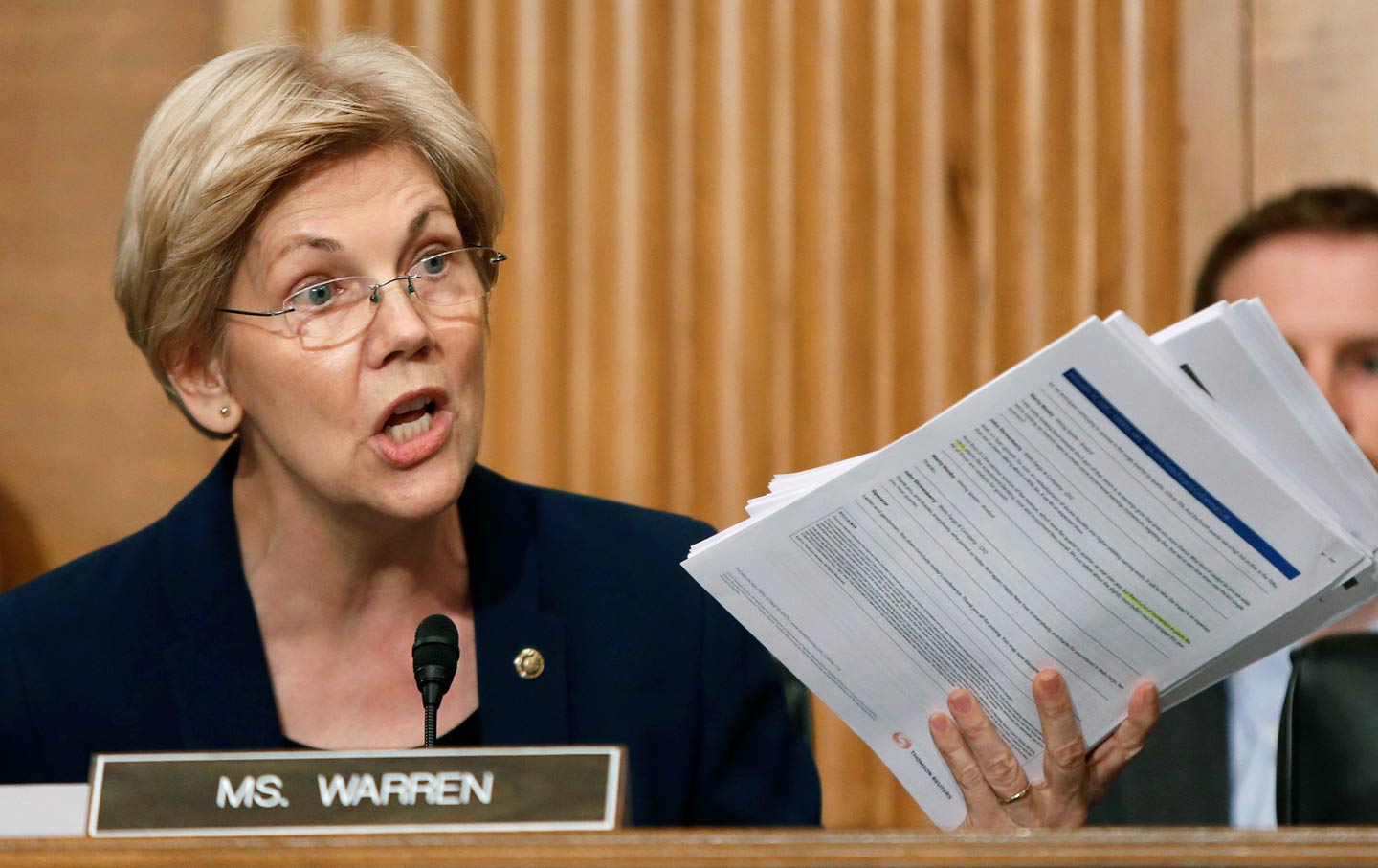 There are a lot of deplorable elements to the recent scandal at Wells Fargo. There are the accounts opened for 2 million bank customers who never asked for nor even knew about them, and the corresponding overdraft fees, late penalties, and damaged credit scores that resulted. There’s the intense pressure placed on low-level Wells Fargo retail employees to meet goals for “cross-selling” customers new accounts and products, which led thousands of those employees to open the phony accounts. There’s the fact that 5,300 of these employees, 90 percent of whom were paid hourly, were fired for succumbing to that pressure, while no top executives were fired or lost any bonus money.

That’s all been well-documented in the record-setting $185 million settlement between the bank and the Consumer Financial Protection Bureau and other federal and local entities.

But there’s a deeper potential scandal—one the bank hasn’t answered for yet. In the five years (at least) during which Wells Fargo employees opened unauthorized customer accounts, the bank’s stock price nearly doubled, thanks in no small part to how well the “cross-selling” was going. And despite being aware of the burgeoning problem for years, CEO John Stumpf signed disclosures with the Securities and Exchange Commission that did not disclose any material financial problems with the bank.

This would read to many as a textbook securities-fraud violation. But so far, neither the SEC nor the Department of Justice has acted, and the potential violation has received scant attention.

But it was the focus of Senator Elizabeth Warren’s robust questioning of Stumpf on Tuesday before the Senate Banking Committee. In an exchange that had already gone viral before the hearing ended, Warren put this question directly to the embattled CEO.

She began by noting that Wells Fargo, the most valuable bank in the world, is widely known for cross-selling products to customers like no other institution. The average big bank has customers with three accounts, while Wells Fargo’s goal is eight. This shows investors that Wells Fargo has a very dedicated client base that will keep coming back to the bank for financial services.

“Cross-selling isn’t about helping customers get what they need. If it was, you wouldn’t have to squeeze your employees so hard to make it happen. No, cross-selling is all about pumping up Wells’s stock price, isn’t it?” Warren asked.

Stumpf said “No,” and Warren wouldn’t even let him finish his sentence.

“Let me stop you right there. You say no? No? Here are the transcripts of 12 quarterly earnings calls that you participated in from 2012 to 2014, the three full years in which we know this scam was going on,” she said, waving the bound copies in the air. “These were calls where you personally made your pitch to investors and analysts as to why Wells Fargo is a great investment. And in all 12 of these calls, you personally cited Wells Fargo’s success at cross-selling retail accounts as one of the main reasons to buy more stock in the company.” She then read off lines from each call as Stumpf sat stone-faced.

She asked Stumpf if he knew how much he personally made as Wells Fargo’s stock price soared during these years. He gave a halting non-answer, but Warren told him—$200 million. Then she ended with a sound bite that’s likely to make the evening news nationwide.

“You should resign,” she said. “You should give back the money that you took while this scam was going. And you should be criminally investigated by both the Department of Justice and the Securities and Exchange Commission.”

Warren was not alone in publicly wondering whether Stumpf was guilty of criminal misrepresentation. Senator Pat Toomey—very much a free-market Republican—asked Stumpf when he disclosed the widespread cross-selling problems to the SEC. Stumpf said he would have to check and get back to him, but Toomey provided the answer: Stumpf never did.

Under questioning from Senator Robert Menendez, Stumpf said he didn’t think the unauthorized cross-selling amounted to a “material financial event,” which is the standard for SEC disclosure.

Wells Fargo stock has plummeted 10 percent since the beginning of the month, however, which is $25 billion in market value. That sure seems like a “material financial event,” and one in which the company fired about two percent of its workforce for fraud.

So far, no charges have been brought. That’s unsurprising, perhaps, given the administration’s poor (read nonexistent) record on prosecuting top Wall Street executives, which Warren obliquely dinged as she closed her questioning. “This just isn’t right. A cashier who steals a handful of 20s is accountable, but Wall Street executives almost never hold themselves accountable—not now and not in 2008, when they crushed the worldwide economy,” she said. “The only way that Wall Street will change is if executives face jail times when they preside over massive frauds.”