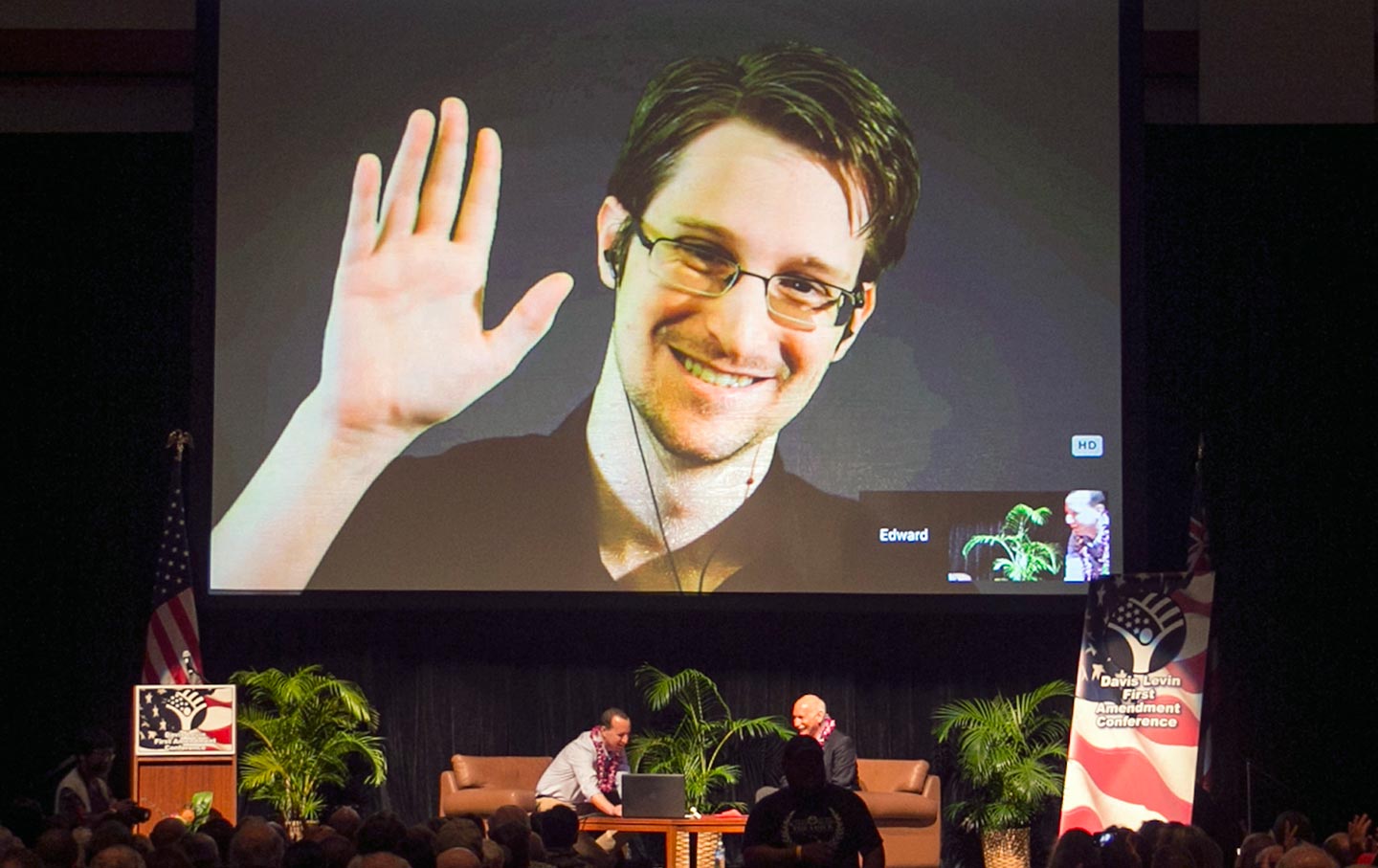 Edward Snowden appears on a live video feed broadcast from Moscow at an event sponsored by ACLU Hawaii in Honolulu in February 2015. (Marco Garcia / AP)

To earlier generations of Nation readers, the phrase “Speak for yourself, John,” was what we’d now call a meme. In Longfellow’s “The Courtship of Miles Standish,” it’s Mayflower passenger Priscilla Mullins’s retort to John Alden, who courts her on behalf of his friend Standish (while secretly in love with her himself). Though the story is likely apocryphal, Mullins and Alden did marry, producing a host of descendants, including Longfellow himself and, according to his new memoir—The Nation’s exclusive excerpt is in this issue—Edward Snowden.1

Even for those of us who’ve followed the Snowden revelations closely, Permanent Record is full of surprises. Far from the low-level IT drone depicted in most early press accounts (and even further from the naive, possibly traitorous Putin pawn trashed by his critics), the narrator of this book is a thoughtful, painfully self-aware intelligence professional who found himself forced to confront and expose the reality of mass surveillance—and the immense powers of coercion it gave to authorities who, thanks to technology he helped to create, are now able to strip the personal privacy of anyone connected to the Internet.2 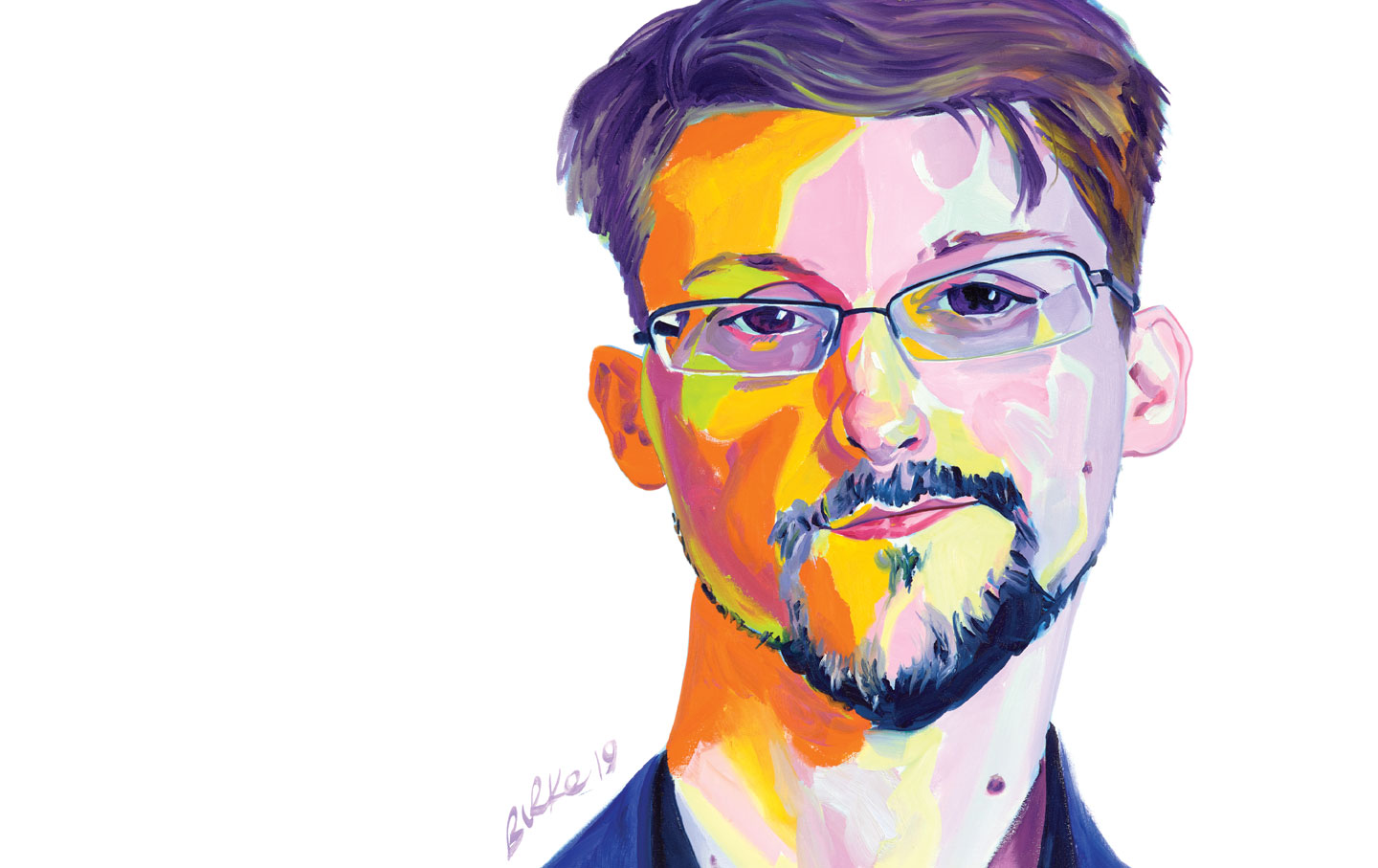 A deeply reluctant whistleblower, Snowden also emerges as a peculiarly American patriot, with roots that go back to Plymouth Rock on his mother’s side and some of the earliest Quaker settlers on his father’s. The Snowdens, who arrived in Maryland in 1658, once owned all of Anne Arundel County—including the land on which Fort Meade, home of the National Security Agency, stands today.3

The elaborate security surrounding the release of this book is a reminder that, despite his relaxed demeanor and normal-seeming life in Moscow, Snowden is still not safe. But then, neither are we: As his memoir makes clear, all the techniques he exposed in 2013 remain in place. For that renewed warning—and for finally speaking for himself—he deserves our thanks.4