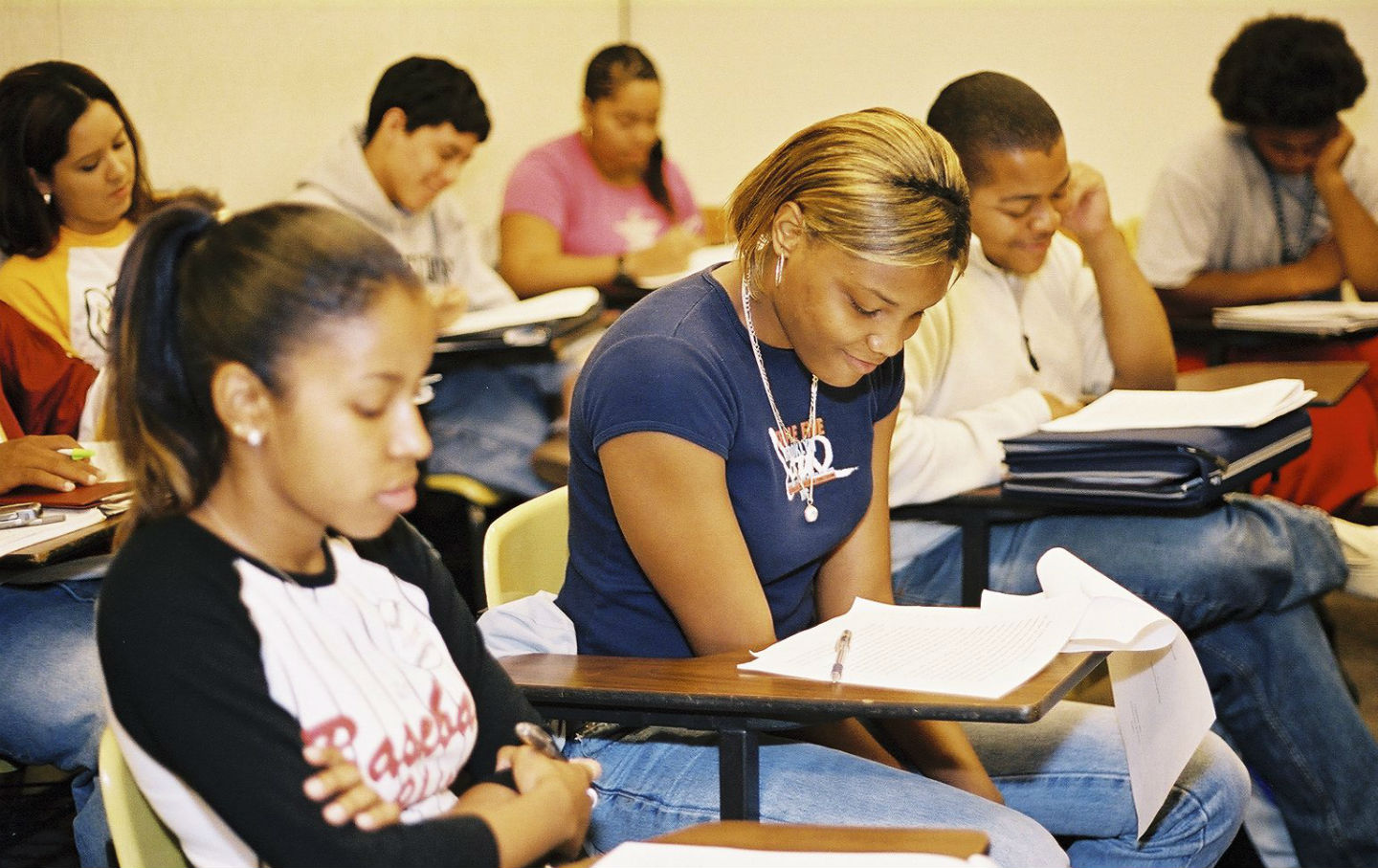 Today is Equal Pay Day, the dismal holiday where women celebrate the fact that, on average, their earnings have caught up to what men made in one year last year, given that when they work full-time, year-round they make just 78 percent of what men make.

The gender wage gap hasn’t really budged in recent years—about a decade, in fact—and the Institute for Women’s Policy Research predicts it won’t actually close for another five decades. The gap is even larger for women of color, and they have to wait until summertime or later to catch up to what white men earned last year.

But some think change is coming faster than that. They base this hope on the fact that today’s young women are getting college degrees at a faster pace than today’s young men. Given that a college degree represents a more than $400 earnings premium every week over that of a high school graduate, that extra money should, they reason, help women earn their way out of the gap.

But while education may boost earnings for each college-educated woman over her less educated sister, that doesn’t put her on better, or even equal, footing with a similarly educated brother. The gender wage gap still shows up at every education level. Go to work after graduating high school, and you’ll earn less than a male high school graduate; go to work after graduating college, earn less than a male college grad. Even when a young, childless woman graduates the same college with the same major into the same job as a man, she’ll earn less.

The gender wage gap can be partially explained by different factors: women get clustered into lower-paying work, and they often have to take time away from their careers to care for family. But each time economists look at the gap, they find an unexplainable portion—and that’s likely the murk where discrimination against women exists. It’s only been a half century since women started to flood the workplace, not much time to overcome the view that a woman who worked was maladjusted and harmful to her children, her husband and society. Given today’s treatment of pregnant women and mothers at work, we clearly haven’t totally shaken that suspicion of a woman in the workplace. Even if it goes unstated, even to the person setting pay himself, that suspicion may still lurk. It’s no contest for a mere diploma.

The same holds true for other entrenched biases. People of color can’t eradicate racism by simply getting better educated, either. While college degrees help, they can’t make up for everything. A black student has a lower chance of getting a job than a white one at every education level she achieves. Worse, a black graduate with an Associates degree has about the same chances as a white high school graduate; a black student with a Bachelor’s has the same chance as a white person who didn’t finish college. So even if a black person is better off educated than not, he will still never be quite as well off as a white person in a society still colored by white supremacy and the legacy of slavery.

What about class? Education is often championed as the ultimate way to overcome income inequality. It’s a sort of “pull yourself up by your bootstraps” approach, assuming that education will reinforce those bootstraps into something akin to steel cabling. But a recent paper simulated what would happen to income inequality if suddenly, one out of every ten men between the ages of 25 and 64 without a Bachelor’s were to suddenly have one. Such magic would, of course, increase each of those men’s earnings and chances of getting a job. But it doesn’t really change the fact that the richest Americans are getting an enormously outsized share of the country’s income.

That’s because America today has become a country of calcified, stratified classes that are nearly impossible to move between given that the rich keep accumulating more and more for themselves at the tippy top. An important portion of the problem is not just the wealth they accumulate, but the power they can buy with that wealth, keeping policies in place that benefit the best off among us.

Education is always the answer for the person who would rather put the onus of eliminating sexism, racism, and class on individuals, not on the collective. It’s alluring in a sort of “I did it and so can you” way: just put your mind to it and nothing can hold you back. And they have the numbers to explain to each woman, person of color, and poor person why they will do better with an education. But unfortunately, changing deeply entrenched beliefs society holds about these groups will take a whole lot more. It’s a lot harder than getting more people into a mortarboard. And until we as a society understand that, we’ll be celebrating Equal Pay Days in April, July, and November for the next half century.