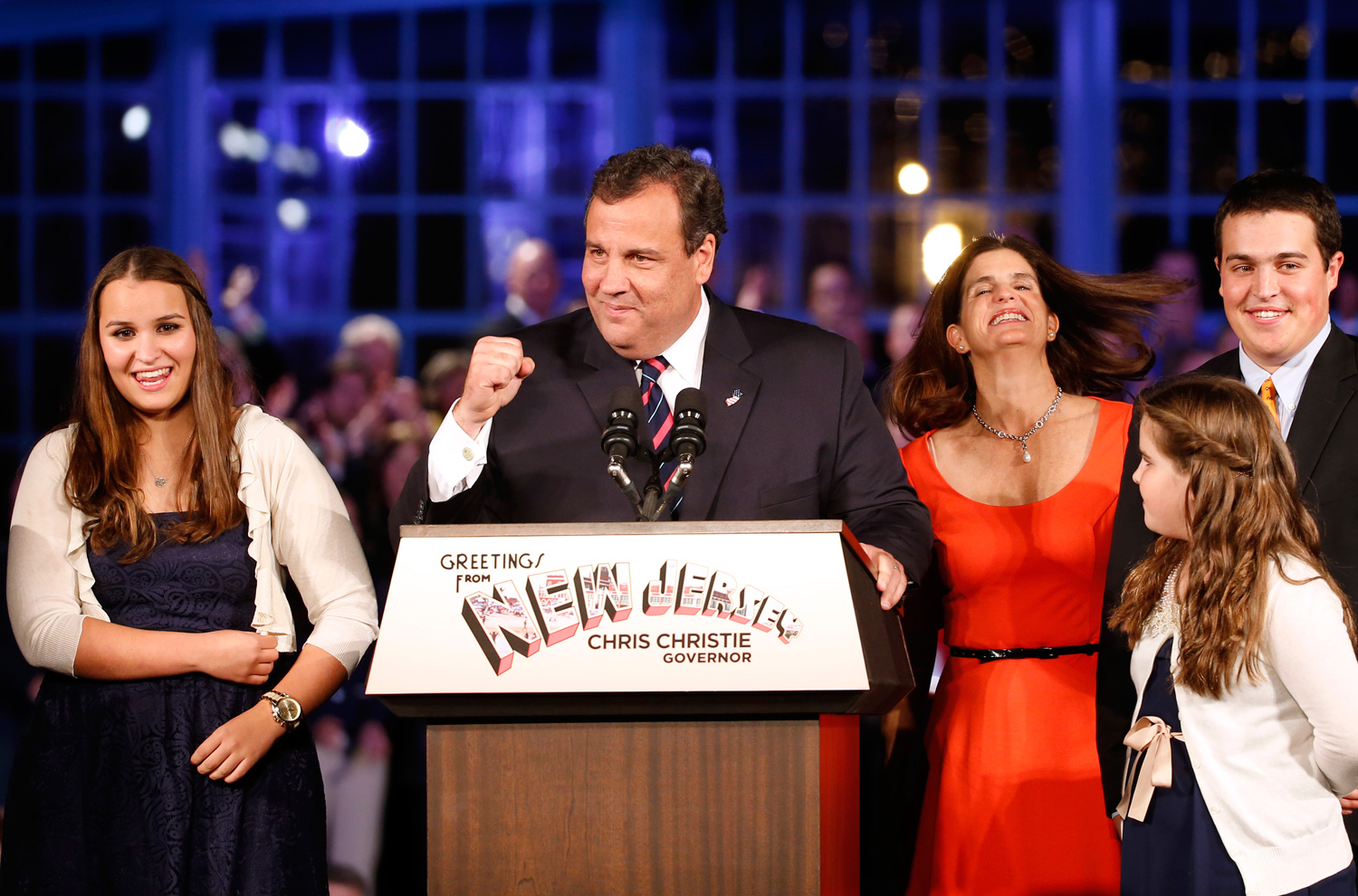 Chris Christie is ready for his close-up.

And if all that we are allowed to learn from Tuesday’s voting in cities and states across the nation is what a particularly self-absorbed presidential prospect wants us to talk about, then that is the only permissible takeaway from the 2013 election.

Forget that the most historic result of the night came in Virginia.

Just do what Chris Christie says and talk about Chris Christie—at least until his ridiculous reach for the Republican presidential nomination crashes and burns after he yells at the first teacher in Iowa.

Or get serious enough to recognize that Christie’s super-hyped victory on Tuesday was all about style—not substance.

The substantial result on Tuesday was that Democrats ran exceptionally well in the battleground state of Virginia. How well? This year’s election took place when a Democratic president was serving his second four-year term. The last time Democrats won the governorship of Virginia during the second four-year term of a president of their party, that president was Franklin Delano Roosevelt.

Going into the 2013 election, Republicans held the statewide offices of governor, lieutenant governor and attorney general in Virginia. On Tuesday, Democrat Ralph Northam won the office of lieutenant governor by a 55-45 margin. Democrat Mark Herring wrestled Republican front-runner Mark Obenshain to a 50-50 tie in the race for attorney general, and might yet win the job. Democrat Terry McAuliffe won the governorship by a reasonably comfortable 48-45 margin. And it is entirely sensible to argue that the governor’s race was that close because a Libertarian candidate who often erred on the liberal side of libertarianism—emphasizing opposition to the drug war and support for marriage equality, and earning critiques from the right such as a National Review piece titled “Sarvis a Libertarian? Nope“—won close to 7 percent of the vote. It’s often assumed that Libertarian candidates draw votes primarily from Republicans, and there was certainly some of that in Virginia. But exit polls of voters under age 30—not a traditional Republican group—had Libertarian Robert Sarvis winning almost 20 percent of that demographic. That should serve as a reminder to Democrats that they need to reckon with the reality that their party can also lose votes to Libertarians.

McAuliffe, whose political experience was not as an elected official but as a party fund-raiser, was anything but a perfect Democratic nominee. He was vulnerable. But the Republicans were more vulnerable. Republican extremism cost the party dearly. Social-policy extremism hurt initially, providing McAuliffe with a definitional gender-gap advantage among women. But economic-policy extremism—in the form of Ted Cruz’s politics of government shutdown and debt-ceiling gamesmanship—struck the final blow against GOP gubernatorial nominee Ken Cuccinelli.

It was different in New Jersey, not because Christie is any kind of moderate. He’s a social and economic conservative who actually agrees with Ken Cuccinelli on a wide range of issues. But Christie was smart enough to avoid mentioning that fact. Instead of running as a mainstream Republican, he pitched himself as “a governor for all the people”—a man without a party who was more than willing to work with Democratic President Barack Obama and Democrats in the state legislature.

Like McAuliffe, Christie had a substantially larger campaign treasury than his challenger. In fact, he outspent his Democrat Barbara Buono by a roughly 5-1 margin. Christie aired sixteen distinct campaign commercials. Buono aired two. Christie had all the advantages of incumbency and support from key national Republicans, while Buono was treated as an afterthought by many state and national Democrats. (In a spirited concession speech, she did not hesitate to criticize Democratic insiders who aided Christie in order to “help themselves politically and financially.”) And just to make sure that there was no surge in Democratic votes on November 5, he manipulated the scheduling of the special election to fill the US Senate seat of the late Frank Launtenberg, D-NJ, so that it was held October 16—at a cost of roughly $25 million to taxpayers. So Christie got his win, but his 60-38 margin was notably smaller than the thirty-three-point triumph that polls had predicted as recently as mid-October.

Christie had no coattails. Democrats retained control of the state Assembly and state Senate.

Christie had little traction getting started toward a 2016 presidential run. The exit polling showed that the same New Jersey voters who re-elected the governor on Tuesday would reject him in a 2016 race with Democrat Hillary Clinton.

Those were important results.

But the most important New Jersey result, the one that tells us everything we need to know about Chris Christie’s win, was another one.

And it was not in the gubernatorial race.

It was in a statewide vote on whether to amend the constitution to increase the minimum wage from $7.25 an hour to $8.25 an hour—and to allow for cost-of-living adjustments.

In January, Christie rejected a bill to raise the minimum wage. He claimed that the bill, as written by legislative Democrats, would “jeopardize the economic recovery we all seek.”

He was wrong, economically and politically.

A “Raise the Wage” campaign, backed by Working Families United, unions and their allies, succeeded in getting the legislature to put the issue on the November ballot. And then they waged a campaign that won big.

Every bit as big, it should be pointed out, as did Chris Christie.

He won with 60 percent of the vote Tuesday.

The minimum-wage increase that Christie rejected won by just as wide a margin.

The governor won on style points, not substance.

And those style points are not going to carry Chris Christie from Iowa to New Hampshire to South Carolina and the 2016 Republican presidential nomination—let alone to the presidency itself.

That’s the takeaway from Tuesday.

John Nichols explores the larger trends in the 2013 election landscape.