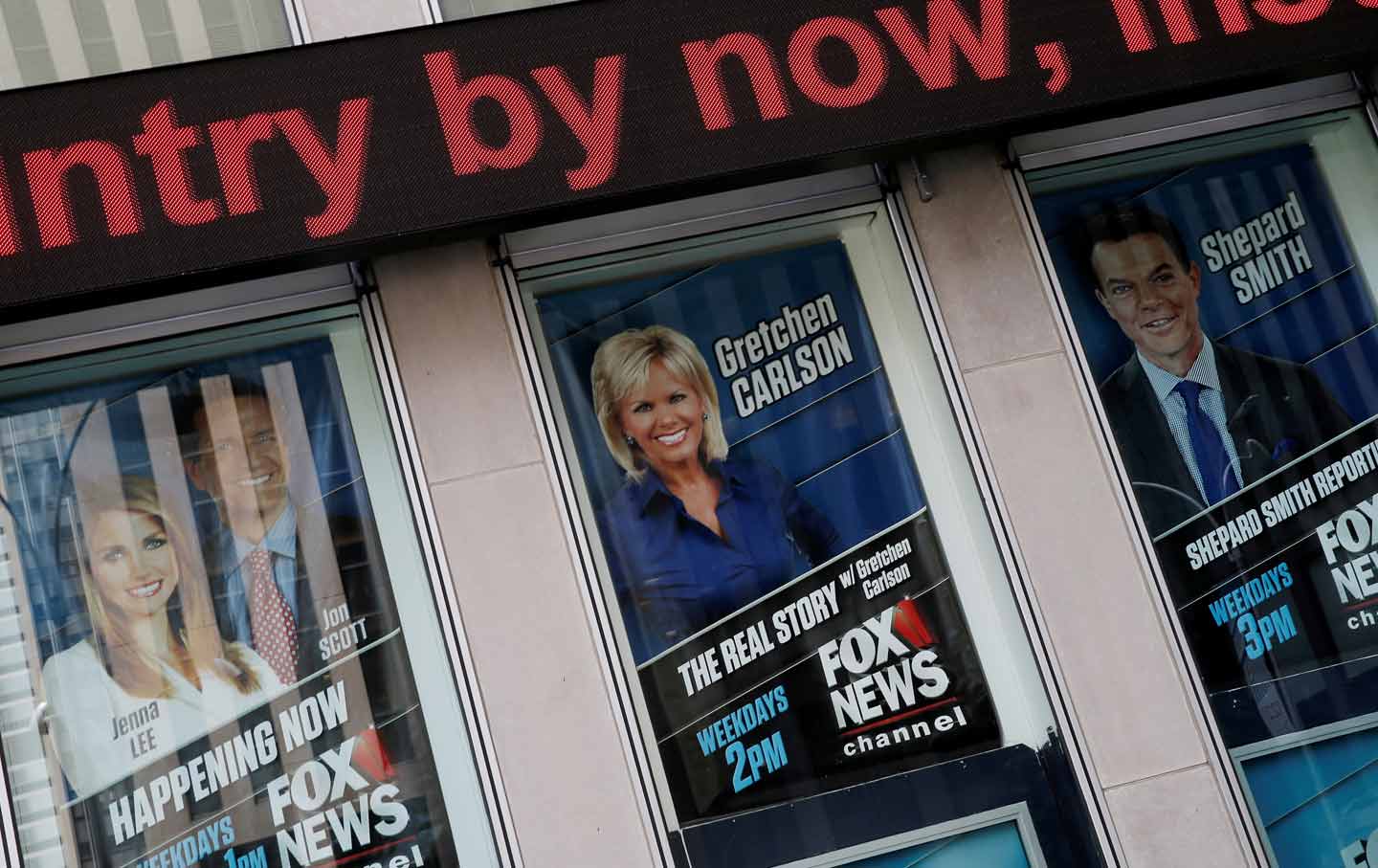 Ladies, if you’re ever the victim of sexual harassment or rape, try to make sure you have plenty of company. It’s not so hard to dismiss the claims of one woman—we all know the country is full of scheming females who will say anything to get attention, money, or revenge. This is true whether the woman is a hotel housekeeper, a university administrator like Andrea Constand—the first of Bill Cosby’s victims to go public—or a famous TV personality, like former Fox News anchor Gretchen Carlson. When the news broke in mid-July that Carlson was suing her ex-boss, Roger Ailes, for sexual harassment, her former colleagues didn’t exactly rally around her cause. Greta Van Susteren told People that the charges didn’t have “a ring of truth”—after all, Van Susteren said, Ailes had never harassed her, and she’d been alone with him many times. Maybe Carlson was angry that her show hadn’t been renewed. It was only when other women came forward with similar accounts—25 in all, including the network’s biggest star, Megyn Kelly—that public sentiment shifted in favor of Carlson. Something that could be dismissed out of hand when one woman spoke up—Roger Ailes, that perfect gentleman? Nonsense!—became something that people had suspected all along. (Speaking of hotel housekeepers, the charges of Nafissatou Diallo against Dominique Strauss-Kahn look a lot more believable now that French women of his own social class have accused him of sundry sexual offenses and he was put on trial for “aggravated pimping.” DSK’s defense: How could he know the women were prostitutes? They were naked!)

Let’s be real: If women are being harassed at work, they usually can’t afford to flounce out of the room in high Victorian dudgeon.

Since Donald Trump must make every event on earth about himself, it didn’t take long for the Ailes story to become a story about Trump. The Orange One didn’t content himself with supporting his good friend Roger. (“Some of the women who are complaining, I know how much he’s helped them, even recently, and when they write books that are fairly recently released and they say wonderful things about him and all of a sudden they’re saying these horrible things about him, it’s very sad because he’s a very good person.”) Asked by Kirsten Powers what his daughter Ivanka should do if she were sexually harassed, Trump replied: “I would like to think she would find another career or find another company if that was the case.”

Eric Trump, his son and the killer of many wild animals, made matters worse: “Ivanka is a strong, powerful woman,” he offered. “She wouldn’t allow herself to be, you know, subjected to it.” So there you have it: Gretchen Carlson, weakling. All of Ivanka’s hard work at the convention, painting her father as the working woman’s champion—gone in an instant. As Megyn Kelly put it, “Sigh.”

Sexual harassment is a serious problem in blue and Green America, too.

Maybe it’s not such a hot idea to have your super-privileged, super-rich children as your closest advisers. Had Trump had the benefit of guidance from some ordinary working women, he might have been a bit more clued in: Being harassed is not a matter of personal weakness; it’s about the enormous power differential between worker and boss. Sure, some women can walk away from a bad situation, and do. But many can’t: They need the work. And why should they have to leave a job they worked hard to get, and have invested time and energy in, and perhaps even love, to avoid the unwanted attentions of some creep? And really—give up a whole career, and just go do something else? Perhaps, instead of working in TV, Gretchen Carlson should have become a brain surgeon. Trump would give harassers veto power over a woman’s work life. He also implies that a woman who doesn’t discreetly remove herself from the situation is in effect consenting to it. That’s an idea that far too many people—including many women—already have, and it fuels the reluctance of women to come forward. Those delicate attempts to put off harassment while retaining the goodwill of one’s harasser can look, in retrospect, like flirting. But realistically, women cannot usually afford to flounce out of the room in high Victorian dudgeon.

Before you Nation readers congratulate yourselves that Roger Ailes and Fox News and Trump père et fils belong to right-wing America, and that we blue or Green Americans are so much more evolved, consider the case of Thomas Pogge, professor of philosophy at Yale University. In 2010, Pogge, a world-famous ethicist, was accused by Fernanda Lopez Aguilar of sexual harassment starting when she was an undergraduate and of cancelling a promised fellowship when she rejected him. In particular, Lopez Aguilar claimed that Pogge sent her too-personal e-mails (“If you don’t understand me, Fernanda, who will?”), manipulated her into sharing a hotel room in Chile, pressed his erection against her, and more. Yale dismissed her complaint and offered her $2,000 in return for signing a confidentiality agreement. (So much for political correctness on campus.) However, Lopez Aguilar wasn’t alone: Other women—all young, pretty, and nonwhite, from several different universities—began to come forward. It turned out that Pogge had earlier been accused of sexual harassment at Columbia University, credibly enough that he’d been barred from being in the philosophy department when his complainant was there for classes. Last spring, despite Lopez Aguilar’s attempts to reopen the case, Yale told her the matter was closed. Now she and others are seeking an intervention by the US Department of Education. Some 169 philosophers, including 16 members of the Yale philosophy department, and hundreds of other academics have signed an open letter condemning Pogge’s behavior—but he’s still teaching. Where does that leave his female students? Pogge’s letters of recommendation are career poison now. What are they supposed to do?

So, Yale worse than Fox? World-famous ethicists as likely to abuse their power as right-wing media kings? Either way, it does seem that a woman’s best chance of being believed is getting public support from other women who have been in the same boat. Apparently, it’s a big one.