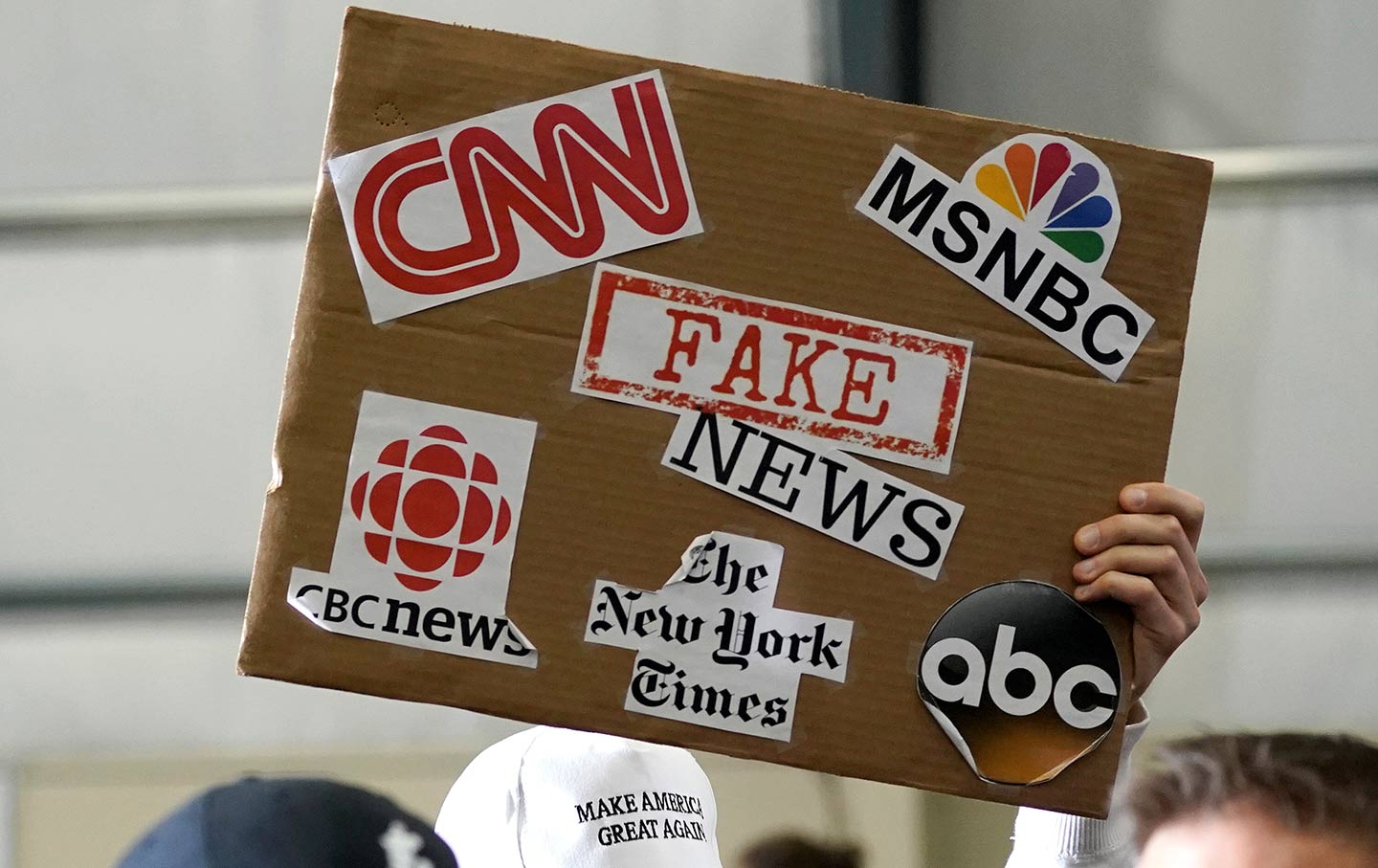 If there is one constant to Donald Trump’s presidency, it’s his determination to weaken democratic norms and institutions. Trump and his supporters have attacked the judiciary, threatened to jail political opponents, made false claims about illegal voting, and attempted to redefine the rules regarding presidential accountability. At the core of this assault on democracy is Trump’s unwavering obsession with undermining the media outlets that attempt to hold him to account. Veteran journalist Dan Rather is not being extreme when he says that Trump’s attacks on the press are “straight out of Orwell.” The president is an “authoritarian,” Rather warns, whose “method is to convince people that the only truth is the truth that comes from [him], the ultimate power.”1

The latest turn in this crusade came after A.G. Sulzberger, the publisher of The New York Times, met with the president on July 20. Sulzberger pressed Trump on his “deeply troubling anti-press rhetoric” and told him that “this inflammatory language is contributing to a rise in threats against journalists and will lead to violence.” Days after this off-the-record conversation, Trump mischaracterized it, tweeting that they’d had a “good and interesting meeting” in which he discussed “the vast amounts of Fake News being put out by the media.” Sulzberger was aghast and released a statement about how he had tried to warn the president about the dangers that extend from “undermining the democratic ideals of our nation.” Undeterred, Trump responded on Twitter by portraying journalists who report unsettling facts about his administration as “very unpatriotic” provocateurs who put “the lives of many, not just journalists, at risk.”2

All of this is to plan; to dominate the discourse about his presidency, Trump knows that he must make the people reject journalism that speaks truth to his power. He is blunt about this. “Stick with us,” he told a veterans’ convention on July 24. “Don’t believe the crap you see from these people, the fake news.” Egging on the crowd’s hissing at reporters and camera crews, the president shouted: “What you’re seeing and what you’re reading is not what’s happening.”3

What makes this crisis all the more acute is that for the past few decades, ransacked by corporate overlords and plagued by declining ad revenue, the nation’s newsrooms have been hemorrhaging journalists. Earlier this summer, Tronc, the sorry excuse for a media company that owns several large dailies, laid off half the editorial staff at the New York Daily News, which had already been whittled down to about 85 full-timers. The 99-year-old paper—which still does the best job of covering the five boroughs, while also maintaining a robust national voice that challenged Trump, the National Rifle Association, and the telecommunications giants—will now be working with a skeleton crew. They are hardly the exception; a recent Pew study found that “at least 36 percent of the largest newspapers across the United States—as well as at least 23 percent of the highest-traffic digital-native news outlets—experienced layoffs between January 2017 and April 2018.”4 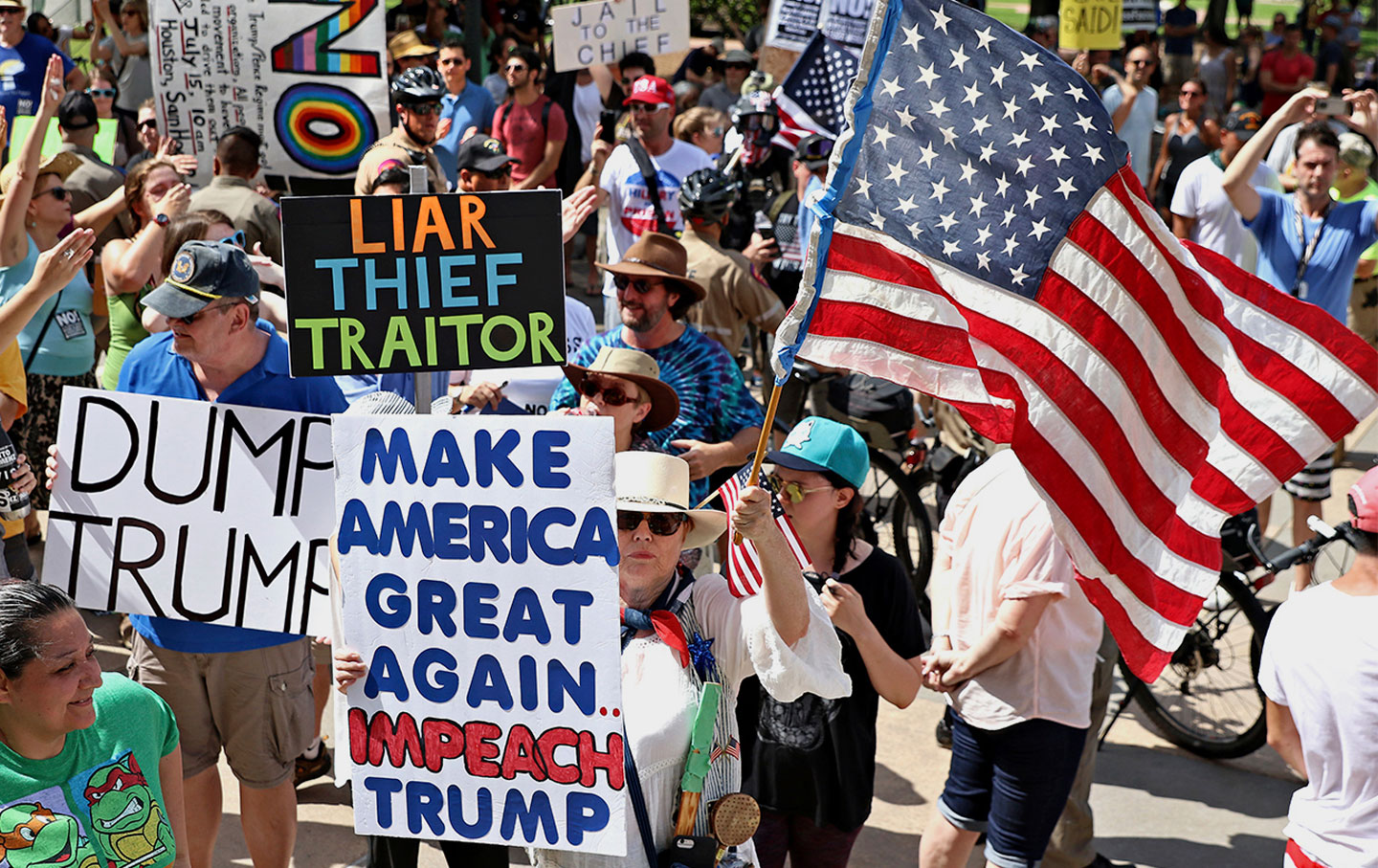 Republicans for Impeaching the President

The vital institution of American journalism has never been in greater need of a forceful advocate in the White House. Instead, we have a demagogue and bully who is trying to tear it down. So journalists who are serious about defending the freedom of the press must become more outspoken about the threat this president poses. They must show solidarity with one another, especially when Trump attacks particular media outlets or when his aides seek to stifle questions from particular reporters. And they must remind the public of why they are so necessary to democracy itself by focusing on the real scandals, like the decimation of regulations designed to keep Americans safe and the assaults on civil rights and civil liberties. As George Mason put it more than two centuries ago, “freedom of the press is one of the greatest bulwarks of liberty, and can never be restrained but by despotic governments.”5