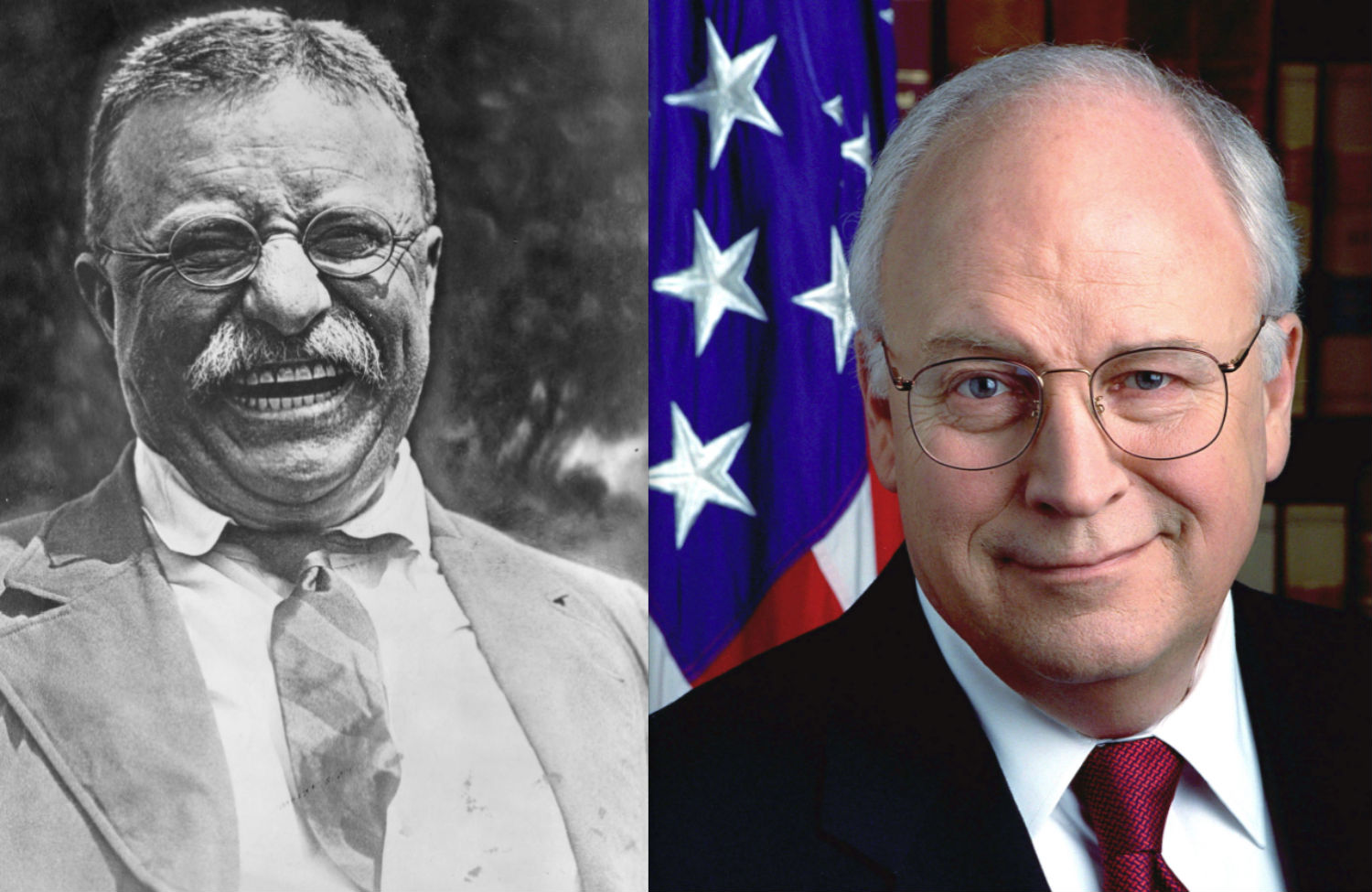 Former Vice President Dick Cheney emerged from his lair this morning to eulogize “The Collapsing Obama Doctrine” in a Wall Street Journal op-ed co-authored with his daughter Liz.

“Iraq is at risk of falling to a radical Islamic terror group,” the Cheneys observe, “and Mr. Obama is talking climate change. Terrorists take control of more territory and resources than ever before in history, and he goes golfing. He seems blithely unaware, or indifferent to the fact, that a resurgent al Qaeda presents a clear and present danger to the United States of America.”

“Rarely,” they conclude, “has a U.S. president been so wrong about so much at the expense of so many.”

There is an obvious historical precedent for such inflamed, partisan invective delivered by a former president or vice president about a later occupant of one of those offices.

As with Dick Cheney, there was never a war Theodore Roosevelt heard about that he didn’t immediately want to join. Shortly after the First World War began in Europe in August 1914, Roosevelt began assailing President Woodrow Wilson’s reluctance to alter the United States’s firm policy of neutrality. After Germany sunk the British Lusitania, killing all 128 Americans on board, Wilson delivered a speech declaring, “There is such a thing as a man being too proud to fight. There is such a thing as a nation being so right that it does not need to convince others by force that it is right.” To which Roosevelt responded by “slamming,” as today’s twitterers would put it, the president as “Professor Wilson, that Byzantine logothete, supported by all the flubdubs, mollycoddles, and flapdoodle pacifists.”

The Nation, a longtime exponent of pacifism and an opponent of Roosevelt’s jingoistic foreign policy, reported on the ex-president’s war-mongering tirades only in order to ridicule and dismiss them.

In a September 2, 1915, editorial titled “A National Defender for Politics Only,” the editors argued that “the great majority of Americans see in Mr. Roosevelt’s present activities only an attempt by him to make use of a troubled situation in order to get a party and personal advantage out of it. He is flinging himself upon the idea of a possible war, and of preparing for it, only as the most promising political issue which he can at present see.”

There is a model, then, for Dick Cheney’s apparent belief that when it comes to being greeted as liberators, second time’s a charm.

Curious how we covered something? E-mail me at rkreitner@thenation.com. Subscribers to The Nation can access our fully searchable digital archive, which contains thousands of historic articles, essays and reviews, letters to the editor and editorials dating back to July 6, 1865.