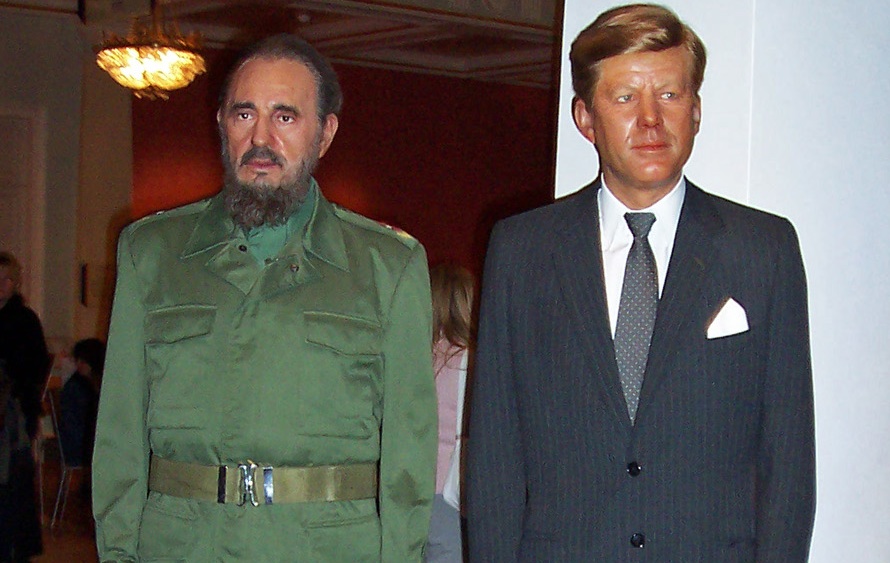 Much is legitimately contested in this crazy, crazy world, but there is only one honest response to the news that the Obama administration will open talks with Cuba to re-establish diplomatic relations, suspended since early 1961: it is just about freaking time.

Immediately after the Revolution of January 1, 1959—which overthrow the US-backed dictator Fulgencio Batista—The Nation warned of the deleterious consequences for Cuba and for the US should the government of the latter deal with the former only on the basis of antagonism and hostility. The great foreign correspondent Carleton Beals—who made international headlines in the late 1920s after traveling into the jungles of Nicaragua to interview the elusive guerrilla leader Augusto César Sandino—wrote in “Revolution Without Generals,” in the Nation of January 17, 1959: “Much of the course of events in the near future will depend upon the official American attitude toward Castro. Will our government be as lavishly helpful with him as it was with Batista?”

It wasn’t to be. By the summer of 1960, Beals was writing in a special “Report from Havana”:

We have missed the boat badly. If the Eisenhower Government succeeds in overthrowing Castro (it would cost much bloodshed), in destroying the agrarian reform and the free spirit of the Cuban people and in imposing another puppet dictator labeled as “democratic,” the action will win no prestige for the United States. If Castro survives our dollar diplomacy and our fear diplomacy, our loss in prestige will be equally great.

By that point, Eisenhower had already directed the CIA to come up with plans for an invasion of Cuba, which were eventually passed off—with disastrous consequences, predicted by Beals—to his successor, John F. Kennedy. Just after the election that November, Beals wrote in “Cuba’s Invasion Jitters” (November 12, 1960) that Cubans were extremely nervous at the prospect that the US would launch an invasion to overthrow Castro, probably using a false-flag attack on the naval base at Guantanamo as a “pretext.” Though that’s not how things eventually played out—the United States never even bothered to cite a proximate cause for the Bay of Pigs invasion—Beals’s warnings now read as disturbingly, tragically prophetic:

Even if an attack occurred, the Cubans may be wrong in believing that immediate armed intervention would follow. A state of quasi-belligerency between the two countries would permit the Untied States to blockade the island and starve the Cuban people into submission. There are indications that a clique in Washington, chiefly military, wishes to set up such a blockade and seize all shipments from iron curtain countries. Such a course could bring about armed clashes with the Soviets, who might attempt to protect their shipping with warships and submarines.

Besides threatening world conflict, our Cuban policy has broken the New World front. Each hour that our punitive blows hit Cuba, we lose support from the people of Latin America…. If we really believe in land reform for Latin America, and intend to help pick up the tab for it, then why not pick up the tab for Cuba and guarantee her agrarian bonds? This gesture would cost us little more than what we should have paid for the use of the Guantanamo Naval Base all these six decades. It would certainly be cheaper and more sensible than bringing a possible world war close to our shores, breaking the hearts of the Cuban people, and perhaps fomenting a dozen Cuban revolutions elsewhere in Latin America. The whole deal would cost us less than the development of one of our new-fangled moon-rockets.

But it was in the following week’s issue that The Nation really staked its claim to fame on the story of Cuban-American relations. In an editorial titled “Are We Training Cuban Guerillas?”—ironically, we can see now, published the page after a lead editorial on “Mr. Kennedy’s Opportunity”—The Nation cited intelligence gleaned from Dr. Ronald Hilton of Stanford University, who on a trip to Guatemala learned that the US was training counter-revolutionary Cuban guerillas in a secret base in that country:

If Washington is ignorant of the existence of the base, or, knowing that it exists, is nevertheless innocent of any involvement in it, then surely the appropriate authorities will want to scotch all invidious rumors and issue a full statement of the real facts. On the other hand, if the reports heard by Dr. Hilton are true, then public pressure should be brought to bear upon the Administration to abandon this dangerous and hair-brained project.

Again, it was not to be. The Nation’s warning was ignored, and a more deeply reported account of the the invasion preparations, to be published in The New Republic, was suppressed at the request of that magazine’s Reader-in-Chief. The Nation tried again in January with an editorial titled “Nothing to Fear?”

The notion that this country is planning an actual armed invasion of Cuba is, by common assumption, “preposterous.” Why, then, does Castro insist that an invasion is imminent? Why does he keep the Cubans on a round-the-clock alert?… Why, given all these signs and omens, is Castro so nervous? Doesn’t this silly man know that the sugar-cane harvest needs attention? Aren’t there some psychiatrists in Havana who might calm his volatile militia men and militia ladies? Who are they afraid of, “spooks” or what?

When the invasion finally materialized in April of 1961, it wasn’t, of course, only The Nation who recognzied it for the disaster it was—not just a tactical or even a strategic disaster, but a disaster, as Beals had written the previous summer, for what remained of American prestige. Most of the media concentrated on Kennedy’s unwillingness to militarily intervene to support the invasion, but even before that decision had been made, editor Carey McWilliams asked Ronald Hilton, who had initially provided the information about the invasion preparations the previous fall, to reflect on the implications of the conspiracy itself (“The Cuba Trap,” April 29, 1961):

A few general considerations may be derived.… The first is that the United States will almost certainly emerge from the current situation with a tarnished reputation. Our equivocations have unquestionably reduced our prestige throughout the world. For this we must thank the power elite in New York and Washington which really runs the affairs of this country.

That power elite is responsible for the embargo on Cuba, in effect to various degrees since October of 1960. The Nation has repeatedly called for its end—most recently this past October, in a feature article by William M. LeoGrande and Peter Kornbluh. This magazine’s archives are endlessly fascinating, for their historical interest, and for their enabling of “we-told-you-so” posts like this one. But they have another purpose as well. When the time comes to reconsider the position of the power elite in this country, it might be wise to look back at an article that ran in the Nation of November 30, 1957. It was titled “What Cuba’s Rebels Want,” and the author was Fidel Castro:

The future of the country and the solution of its problems cannot continue to depend on the selfish desires of a dozen financiers, on the cold profit-and-loss calculations of a few magnates in air-conditioned offices. The country cannot continue to beg, on bended knee, for miracles from a few “golden calves.” Cuba’s problems will only be solved if we Cubans dedicate ourselves to fight for their solution with the same energy, integrity and patriotism our liberators invested in the country’s foundation. They will not be solved by politicians who jabber unceasingly of “absolute freedom of enterprise,” the sacred “law of supply and demand” and “guarantees of investment capital”….

We have sufficient stones and more than enough hands to create a decent residence for every family in Cuba. But if we continue to wait for miracles from the golden calves, a thousand years will pass and nothing will change.