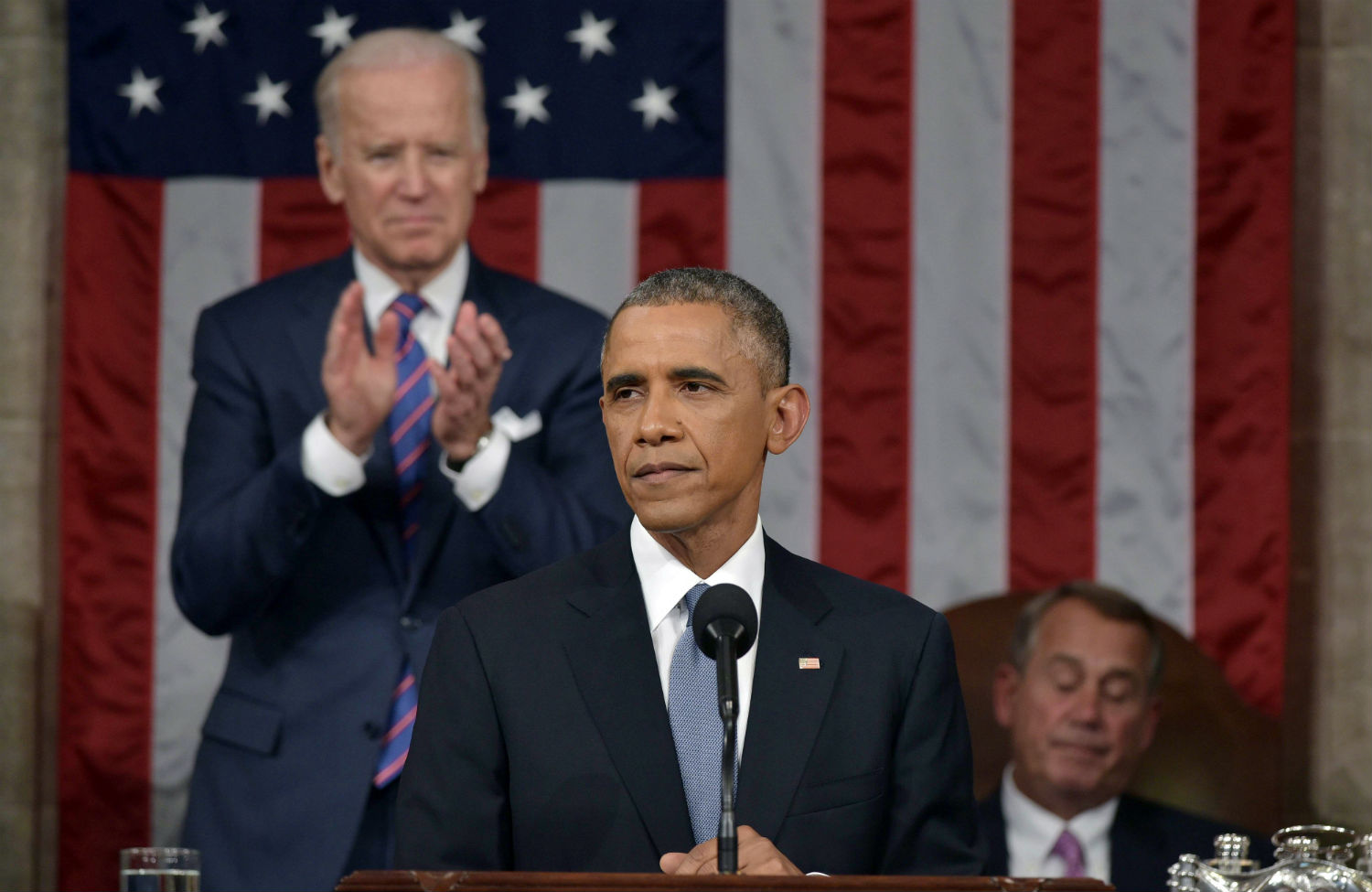 President Obama makes a declaration. Democrats burst into applause as Republicans sit dourly, as if someone just made a bad joke at a funeral. This was the formula for almost all of Obama’s State of the Union speech—except when the president called for the authority to rush the Trans-Pacific Partnership through Congress.

“As we speak, China wants to write the rules for the world’s fastest-growing region. That would put our workers and our businesses at a disadvantage. Why would we let that happen?” Obama said. “We should write those rules. We should level the playing field. That’s why I’m asking both parties to give me trade promotion authority to protect American workers, with strong new trade deals from Asia to Europe that aren’t just free, but are also fair. It’s the right thing to do.”

At that moment, a small handful of Democrats rose up and clapped—perhaps ten. Across the aisle, a majority (though certainly not all) of the Republican members of Congress stood and applauded. It can be bothersome to hyper-analyze who sits and stands during these addresses, but the picture was clear: Democrats do not care for the president’s trade push whatsoever.

After the speech, some members made their displeasure clear. Representative Alan Grayson told The Nation the line was “the single weakest element of a very generally brilliant progressive speech.”

“To say that China is going to write the rules if we don’t is nonsensical,” Grayson continued. “It’s words that are strung together in some pattern that suggests they have some meaning, when they really have none at all.”

The Congressional Progressive Caucus made sure to note in an otherwise laudatory statement about the speech that the trade talk was not welcome. “[P]utting working families first also means we cannot enter into trade deals that allow corporations to ship jobs overseas,” said the statement by Representatives Keith Ellison and Raul Grijalva. “The Congressional Progressive Caucus will not support a trade deal that increases trade deficits and undermines the security of the middle class.”

Wednesday morning, a collection of House and Senate Democrats—Senator Bernie Sanders and Representatives Rosa DeLauro, Barbara Lee, Louise Slaughter and others—held a press conference to declare the TPP a “race to the bottom.” The day after the State of the Union is generally used for members of the president’s party to come out and amplify the previous night’s message, but Wednesday the members were trying to blunt it.

“Last night the president gave what I thought was a very good State of the Union speech,” said Sanders. “But he was wrong on one major issue, and that is the Trans-Pacific Partnership. I do not believe that continuing a set of bad policies, policies that have failed, makes any sense at all.”

The assembled Democrats warned that Obama was undercutting the main theme of his speech with the trade talk. “It was an extraordinary speech, and particularly we liked the fact that it bore in on the factor of inequality in this country. But what bothers me about it, and has for some time, is we never looked at the reasons for that inequality,” said Slaughter, who went on to say it is “inescapable” that free-trade deals led to massive job losses in her upstate New York district.

Beyond the policy specifics, there was unanimous anger that fast-track would severely limit Congress’s role in molding a potential trade pact. “We know the reality. Fast-track is a plan to push the TPP through Congress with almost no proper scrutiny,” said DeLauro. “It’s bad enough that the administration has chosen to negotiate much of the TPP behind closed doors, with Walmart, Verizon, Halliburton, Dow, General Electric, Caterpillar, Hershey, Boeing, DuPont, Intel, Lockheed Martin, Advamed, PhRMA, Bio and many others. But not with us.”

This story has been updated as events proceeded.