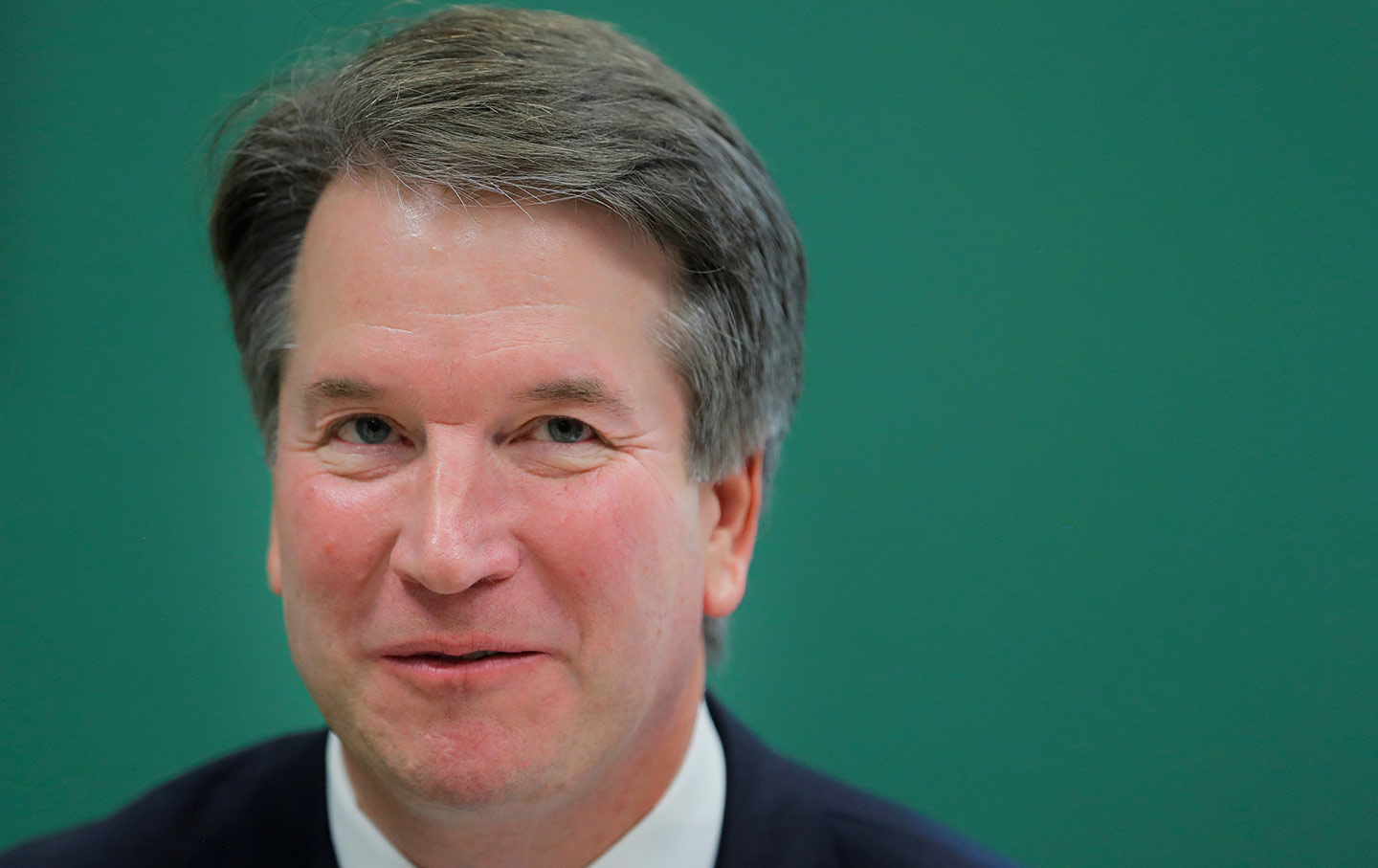 David Cole is national legal director of the ACLU and legal-affairs correspondent for The Nation. His most recent book is Engines of Liberty: How Citizen Movements Succeed.

Listen to David Cole on the Start Making Sense podcast.

Jon Wiener: Let’s clarify at the outset: What is the ACLU policy on endorsement of Supreme Court nominees?

David Cole: We are a nonpartisan organization, and we have a policy of not endorsing or opposing nominees or candidates for government office, and that includes the Supreme Court. So we’re neutral on the appointment of Brett Kavanaugh.

JW: You think there are questions that Brett Kavanaugh should be required to answer. Before we get into the specifics of those questions, what is your rationale here? How do you distinguish between a question that ought to be answered, and questions that are not appropriate?

DC: I don’t think it’s appropriate to ask how a judge is going to rule in a particular case. But you can ask them questions that go to their understandings of basic constitutional principles and rights without asking them to decide how they would rule in a specific case. For example, I don’t think it’s appropriate to say, “Will you affirm or overturn Roe v. Wade?” But I think you can ask, “Do you agree that the Constitution protects a fundamental right of liberty of all persons to make personal decisions about their bodies and their families?” That includes things like the right to choose how your child is educated, the right to choose whether to use contraception or not, the right to marry on equal terms if you’re straight or not, and the right to abortion.

JW: Roe v. Wade right now has massive public support. A poll from NBC News found that 71 percent of American voters believe that the decision which established a woman’s legal right to an abortion should not be overturned. Just 23 per cent say the ruling should be reversed. That’s the highest level of support for Roe v. Wade, and the lowest share of voters who want it overturned, in the history of polling. For the Democrats this is a key issue around which they are mobilizing opposition to his nomination.

DC: On Roe v. Wade, Kavanaugh hasn’t decided many cases, but he did decide one—a case that the ACLU brought on behalf of an undocumented minor who was in federal custody in Texas. She learned that she was pregnant, sought to obtain an abortion, went through all the steps you need to go through as a minor in Texas to get an abortion. And then the head of the Office of Refugee Resettlement, which oversees the federal custody of immigrant minors, and is adamantly pro-life, vetoed her decision. In essence, he said,”I’m not going to open the door of the facility in which you are being held in custody to allow you to go out for medical treatment that is your constitutional right.”

So we sued, and the district court ruled that indeed she had a right to have that abortion, and the government had no right to keep her locked up to deny her medical treatment. The government appealed to the DC Circuit, and Judge Kavanaugh was on the panel that heard that appeal. He would have required her to delay her abortion for at least 11 days, and very likely longer—but that was then overturned by the full panel of the DC Circuit. In that case, he ruled against the right of the woman, even though she’d already been delayed for a month in terms of getting the abortion, and the longer you go, the more risky it is. And even though the government advanced no legitimate rationale for blocking the abortion. The government had no good reason for refusing to open the door so she could seek medical treatment.

But there are a handful of justices who take a very different view. This originalist view is that we are stuck with whatever the folks back then thought, 200 years ago. Only a very small minority of justices over the course of history have taken that view. But unfortunately there are a number of them on the Court today. Justice Thomas and Justice Gorsuch are both originalists. Justice Alito is sometimes an originalist. That’s disturbing because, if you take an originalist understanding of the Constitution, if you believe it doesn’t evolve with the times, then segregation would be legal because it was legal at the time that the 14th Amendment was adopted, and there is very little evidence that the framers of the 14th Amendment intended to undo segregation. Women’s protection under the Equal Protection Clause is the same thing. Laws that treated women differently from men were not seen as violating equal protection until the 1970s. Because of the women’s movement, because of Ruth Bader Ginsburg and the ACLU, the Court finally came around to recognizing that the Equal Protection Clause protects women. Marriage equality is another—obviously it was not protected by the Constitution until 2015. So if you believe in an originalist understanding of the Constitution, many rights that we today consider fundamental to who we are as Americans would get thrown under the bus.

JW: The other big issue for Kavanaugh concerns the possibility that the Court might be asked to review charges or proceedings of some kind against Donald Trump. We remember the case of United States v. Nixon, the landmark Supreme Court case from 1974, a unanimous decision ordering President Nixon to deliver tape recordings and other subpoenaed materials to a federal district court. In the past, Kavanaugh has suggested that the Court came to the wrong conclusion in US v. Nixon. What do you think Democrats could ask him about that case, and about the possibility that United States v. Trump might come before the Court?

DC: It’s a real possibility that one of these matters concerning Trump will come before the Court, and Kavanaugh might well be the decisive vote. The first question to ask, therefore, is whether he will recuse himself if Donald Trump’s personal interests are at issue? Can he fairly judge the man who gave him one of the most sought-after jobs in the country? The second is to ask him about US v. Nixon, a decision that was unanimously handed down by a Court that had many conservative Republicans on it, to ask what he thought was wrong about that decision, and what is the proper role of the Court? What role should the Court play in the checks and balances that assure that the executive branch of the government does not run amuck? He has written in some pieces that neither civil or criminal cases should proceed against the president while he is president—because they are too distracting. Well, we have a criminal investigation against the president right now. And there are a number of civil cases going on against the president. Of course the president needs to be able to focus on his job. But the number-one consideration is that no one is above the law. And, if you take the Courts out of the business of checking executive power, that’s very, very dangerous, particularly when you’ve got a president like this in office. 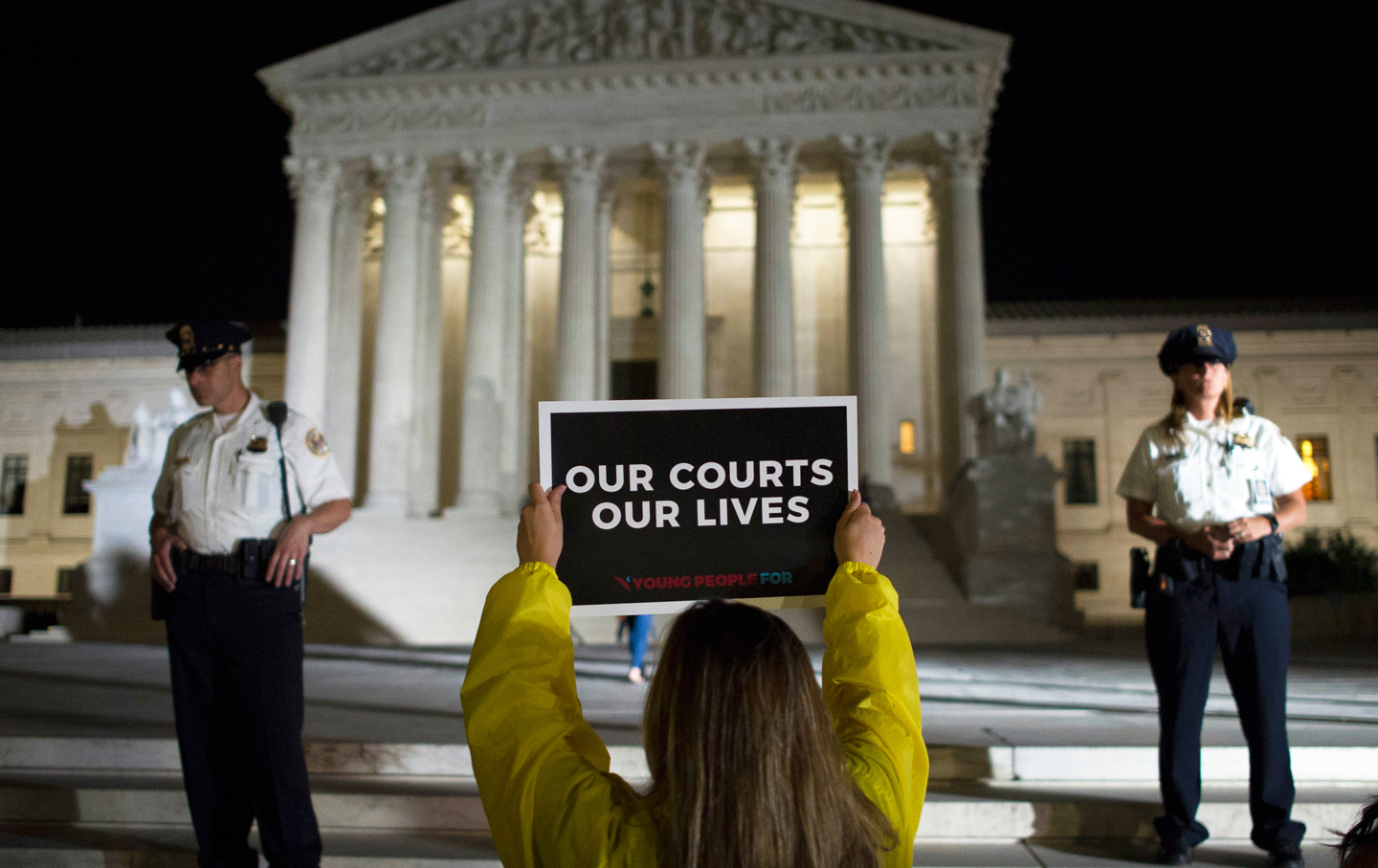 JW: If Kavanaugh refuses to answer these questions, what choices do the Democrats on the Judiciary Committee have?