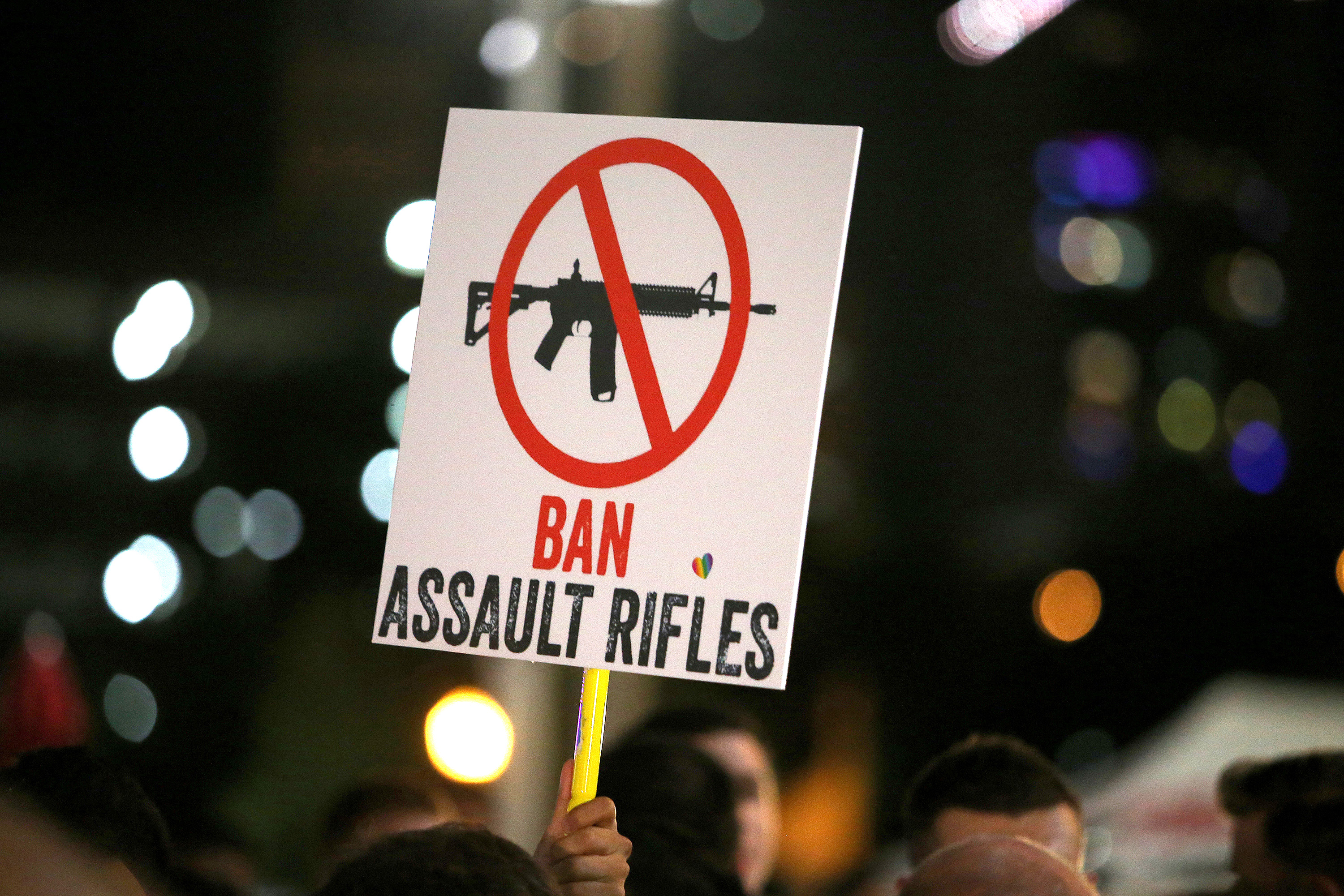 A sign calling to ban assault rifles is seen in the crowd during a vigil at the Dr. Phillips Center for the Performing Arts for the victims of a mass shooting at the Pulse nightclub in Orlando, Florida. Alex Menendez via AP

This Sunday marked the worst mass shooting in modern American history. Forty-nine people were killed while celebrating Pride Month and enjoying “Latin Night” at Pulse, a gay nightclub in Orlando.

Many politicians offered their usual “thoughts and prayers” but little in the way of concrete action. As expected, presidential candidate Donald Trump responded with hatred and fear mongering.

We should respond, but not with hate. As William Greider wrote for The Nation, “Our grieving over the Orlando massacre will have little or no effect unless we mobilize our sorrows into rage that targets all of the political culprits.”

Also in response to the shooting, The Nation’s editors wrote of the 998 mass shootings that have taken place since a gunman killed 26 people in Sandy Hook Elementary School in December of 2012: “But the common denominator in every single one of these incidents—as well as in the more than 10,000 gun deaths that take place in the United States each year—is guns.”

America has virtually as many guns as people. These are not all hunting rifles; we are awash in military-style assault weapons designed to kill as many people as they can as quickly as possible.

Hillary Clinton and President Barack Obama have renewed calls for an assault weapons ban, which expired in 2004. Assault rifles have been used in some of our nation’s worst mass shootings—in Orlando, in San Bernardino, California, in Newtown, Connecticut, and in Aurora, Colorado.

Some politicians have begun to understand the need for action, such as a group of House Democrats who walked out of Congress’s “moment of silence” for the victims and insisted that lawmakers act instead. But too many continue to take their orders from the NRA, which has spent millions of dollars to prevent the passage of any laws that would regulate the use of guns—and potentially save lives.

Write to your members of Congress and demand that they ban assault weapons.

To help the victims of the shooting in Orlando, most of whom were young LGBTQ people of color, you can donate to Equality Florida’s fund for the victims. You can also support the GLBT Community Center of Central Florida, which is coordinating crisis counseling in the area.

Finally, vigils are still being held throughout the country. Check out this schedule to find one in your area.

Nation writers from Katrina vanden Heuvel to Laila Lalami to John Nichols have called for compassion and wise action, rather than hate, in our response to the shooting in Orlando. Also at The Nation, Muneer I. Ahmad wrote about his response to the tragedy as someone who is both gay and Muslim and Richard Kim wrote about the “sanctuary” provided by gay bars.