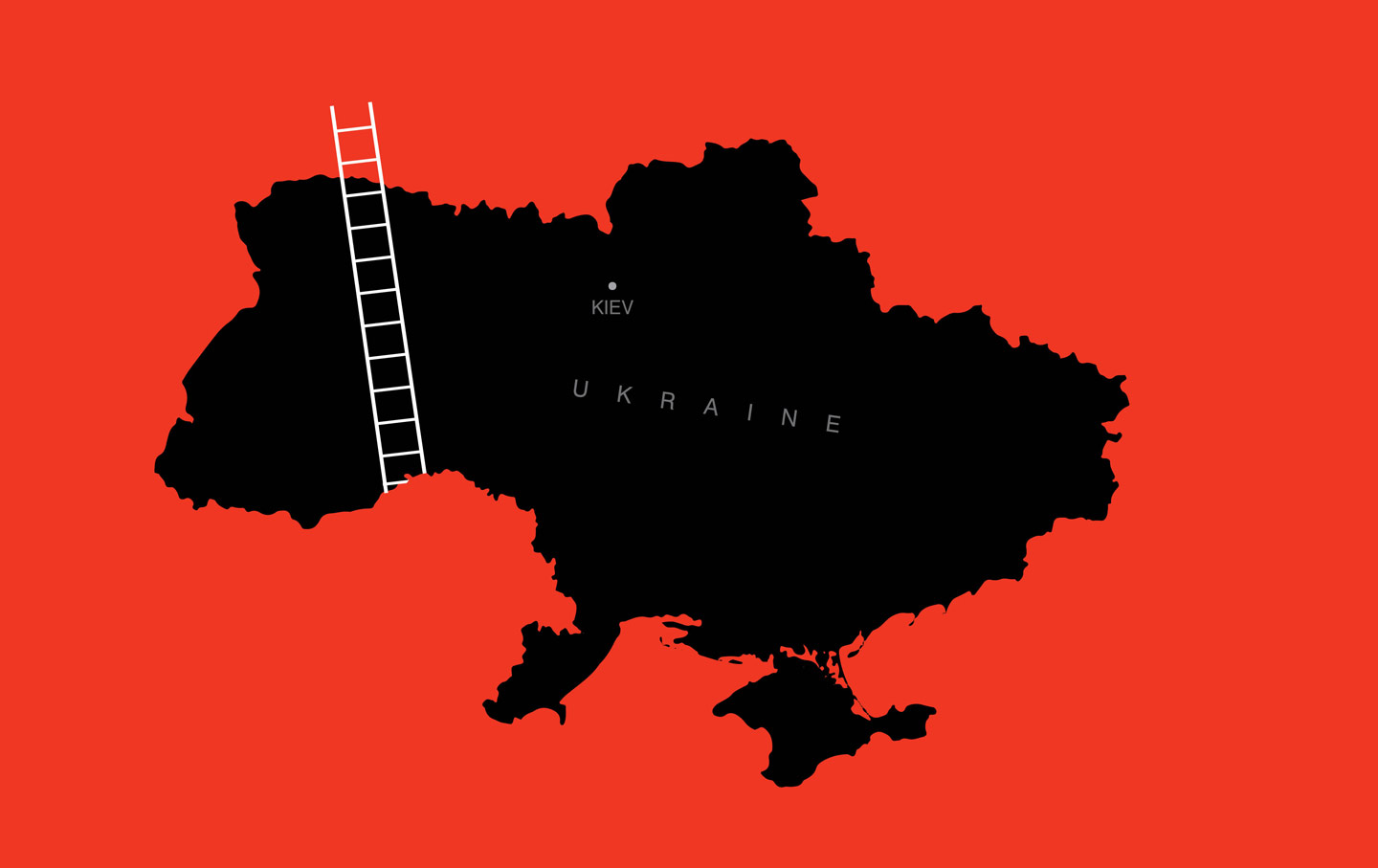 After more than a year of conflict, the causes of the Ukrainian crisis remain bitterly contested. As analysts and power brokers on both sides argue vehemently in favor of their own interpretations of recent events, one essential point is often overlooked: The conflict is rooted in decisions made long before any fighting broke out. To fully understand what provoked one of the gravest geopolitical crises of our time—a necessary first step if we hope to pull back from the brink of a profound disaster—we must regard it as an outgrowth of two events that helped shape the course of the 20th century. The Yalta Conference in February 1945 and the Malta Summit in 1989 are either long forgotten or poorly understood by many in the West, but both meetings continue to resonate today. Though they were quite different in substance and historical context, both sought (and ultimately failed) to produce a more stable European security order. The Ukrainian crisis is only the latest symptom of the long-term failure to reconcile the various interests on the European continent.

Seventy years ago, when the fate of small European countries was trapped between the advancing Red Army and Western forces, leaders representing the United States, Great Britain, and the Soviet Union gathered in Yalta to forge a postwar peace for Europe. Among other things, Roosevelt, Churchill, and Stalin accepted the idea of European pluralism—that different social systems would have to learn how to live side by side without coming into conflict.

The conference also confirmed a mutual understanding that the Soviet Union was a great power whose interests would henceforth have to be taken into account. It is for this reason that Yalta was so much appreciated by the Soviet Union, and has attained something of a mythological status in Russia. The 70th anniversary of the Yalta meeting is being celebrated by numerous conferences and events.

One definition of “myth” is that it is a way of freezing time. In this respect, the Russian myth of Yalta is a way of confirming Russia’s status as a great power for all time. The Yalta Conference settled a whole range of detailed issues, including national borders in Eastern Europe, spheres of influence, democratic elections in Poland, and plans to create the United Nations. But above all, it recognized that Red Army victories in the war gave the Soviet Union the right to be treated as an equal in deciding global issues. It is this status that Vladimir Putin has tried to restore. He has complained endlessly that in the post–Cold War years, Russian views have been ignored.

The turning point was the Malta Summit, which brought Soviet leader Mikhail Gorbachev and President George H.W. Bush together on two ships on a stormy sea in December 1989. The meeting represented another moment when the great powers held the fate of Europe in their hands. This time, however, the diplomatic and strategic balance of power had shifted.

Gorbachev understood that the Cold War standoff between the Soviet Union and the West had served to undermine the development of both. When he became the leader of the Soviet Union in 1985, he quickly signaled his commitment to serious domestic reform. In 1986, he launched what he called perestroika, the “restructuring” of the Soviet system, which became a grand exercise in trying to create a “humane, democratic socialism.” Gorbachev encountered a tough but sympathetic interlocutor in the person of President Ronald Reagan, and soon the tensions of the Cold War began to ease. With the fall of the Berlin Wall in November 1989 and the end of the Soviet bloc in Eastern Europe, it seemed that a new era of peace was at hand, reinforced by the reunification of the European continent.

Gorbachev envisaged that Russia would remain a great power, but one that worked cooperatively with the West. He made it clear at Malta that the Soviet Union would not intervene in the various revolutions taking place in Eastern Europe, as one by one those countries shook off communism and dismantled the Soviet system. Unfortunately, the opportunity for a common victory that Gorbachev presented was squandered. Perceiving the decline of Soviet power, Bush seized the chance to strengthen US dominance. Over the course of the summit, the pattern of post–Cold War politics was established, and the conditions were created that ultimately exploded in Ukraine last year. This was as predictable as it was avoidable.

The Malta Summit is considered the repudiation of the Yalta Conference, a symbolic turning point in East-West relations. In other words, Malta was a moment of power transition. The Atlantic alliance appeared to emerge triumphant, and Russia entered a long period of decline that began to be reversed only when Putin ascended to the presidency in 2000. No less profoundly, Malta was also a moment of transition for Europe, from the geopolitical pluralism symbolized by Yalta to a unipolar security order accompanied by the delegitimation of systemic alternatives. Normative pluralism came to an end as well. In other words, there would no longer be a variety of social systems—in this case, the liberal capitalism of the West and the more humane and democratic socialism that Gorbachev tried to build. Instead, the virtues of a particular type of liberal capitalism were proclaimed as universal.

In a sense, everything that has happened in the quarter-century since Malta is little more than a playing out of the decisions taken at that time. The West assumed a victory that extinguished any hope of a true partnership with Russia. Under President Bill Clinton, NATO enlarged to the very borders of Russia, and the West nurtured its own myth of the “end of history.” While there have been serious attempts to downplay the triumphalist rhetoric and engage with Russia, this too often has been perceived as condescending if not derogatory. East-West relations have certainly not been an engagement between equals, for the simple reason that the West does not consider Russia an equal in political terms. (A similar pattern is now occurring with China.)

If the West had truly opened itself up to Gorbachev’s visionary concept of European transformation, we would not be facing the catastrophic breakdown of the European security system threatened by the conflict in Ukraine. On July 6, 1989, in an address to the Council of Europe in Strasbourg, France, Gorbachev outlined his ideas for a “Common European Home.” This vision, now commonly referred to as “Greater Europe,” laid out a program for geopolitical and normative pluralism in post–Cold War Europe. Gorbachev argued eloquently and forcefully that different systems could coexist peacefully.

Gorbachev was calling for the transcendence of Yalta, a position he would assert at the Malta Summit later that year. In Strasbourg, he called for a new dynamic in European international relations that would encompass the interests of powers both great and small. This would be a multipolar Europe with space for experimentation and diversity.

The tragedy of the Malta Summit is that Gorbachev was not talking about these ideas with European leaders, but with the president of the United States. Unlike at Yalta, there was no Winston Churchill to speak on behalf of Europe. Not surprisingly, the idea of a Greater Europe was the last thing that Bush wished to talk about, since it would signal precisely what America had long feared: a split between the European and American wings of the Atlantic alliance.

Thus, Malta turned out to be not just a lost opportunity but a political disaster. Instead of establishing a new pattern of international politics, it reconfirmed the predominance of great-power politics, but now in a system that lacked alternatives. Although the European Union formally enshrines the equality of all its member states, it has become one of the pillars of the larger Atlantic community. NATO is an alliance of equals, but America is by far the preeminent power. And NATO has been steadily enlarging, to the point that it threatens to encircle Russia from the south and the west. From a geopolitical perspective, it is irrelevant whether NATO is a benign or malignant force if one of Europe’s great powers considers it a threat.

Although NATO has made every effort with Russia to manage the alliance’s enlargement, Russia’s structural exclusion from the Atlantic security system has inevitably provoked conflict. At the end of the Cold War, the Cold Peace was born. When the former communist countries joined NATO, all this did was to perpetuate the logic of confrontation and division. The 2008 Russo-Georgian War demonstrated that Russia will not tolerate being encircled by NATO countries.

The last straw was the perceived attempt to wrest Ukraine away from Moscow’s economic and security sphere. The West regards Russian intervention in Ukraine, including the reunification with Crimea and support for the insurgency in the Donbass region, as a violent challenge to the system of international law. However, from the Kremlin’s perspective—and, it must be said, from the point of view of the great majority of Russian citizens—the struggle over Ukraine is a desperate last stand to defend not only Russia’s interests, but also that different vision of Europe’s destiny enunciated by Gorbachev in the Cold War’s dying days. Putin’s Russia is a deeply conservative country at home, and in international affairs it claims to be defending a status quo threatened by the West’s revisionism, manifested by the relentless urge to remodel regimes in its own likeness while pushing its security system to Russia’s borders.

Gorbachev understood where all this was headed, and since his forced retirement in December 1991, he has repeatedly lamented the outcome. In his speech of November 8, 2014, celebrating the 25th anniversary of the fall of the Berlin Wall, he noted that “instead of building new mechanisms and institutions of European security and pursuing a major demilitarization of European politics…the West, and particularly the United States, declared victory in the Cold War.” It is for this reason that he broadly endorsed Putin’s policies regarding Ukraine in 2014. The Cold Peace was always pregnant with conflict, and it has now given birth.

The Ukraine crisis is the child of the Cold Peace. Although there are profound internal contradictions in the Ukrainian model of state development, these would not have assumed such disastrous forms if the geopolitics of post–Cold War Europe had been sorted out earlier. Equally, although a fragile cease-fire is taking hold in Ukraine within the framework of the Minsk II agreement, no sustainable peace is possible unless the Minsk peace is embedded within a broader European and global settlement.

We lived for 45 years in a world shaped by Yalta, and then another 25 years in a world shaped by Malta. As the Ukraine crisis makes painfully clear, fundamental questions about European security remain unresolved. The West lives in a world where time has stopped: The myth of its victory in the Cold War is considered the basis of the contemporary international order. If we want to chart a path toward stability in Europe, we must challenge the myths of the last quarter-century. The foundations of European and global security need to be rethought. The stakes could not be higher.