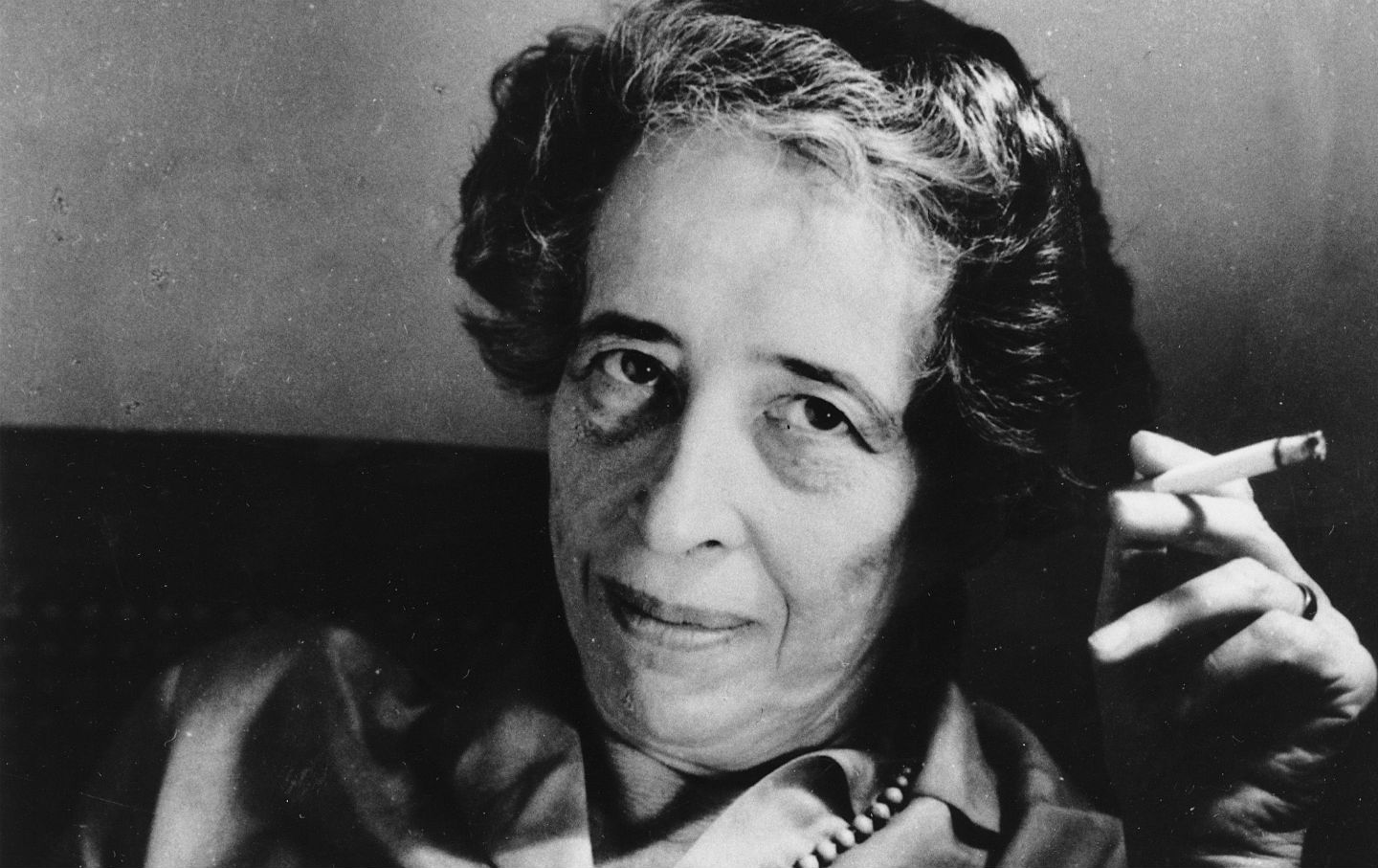 Forty years ago today the philosopher Hannah Arendt passed from the realm of Being. For a few months in the middle of the 1940s, she was a regular contributor to The Nation, the books and arts pages of which were then being edited by her friend the poet Randall Jarrell. Her most important piece in this magazine was “French Existentialism,” published in February of 1946. It was one of the first descriptions of existentialist philosophy, then sweeping through France, to be published in the American press. Interestingly enough, FBI Director J. Edgar Hoover had his staff obtain the issue of The Nation containing Arendt’s article; he was eagerly searching for information on one “Albert Camus,” whom the State Department had singled out as a journalist who regularly filed “inaccurate reports which are unfavorable to the public interest of this country.”

The “serious” man is one who thinks of himself as president of his business, as a member of the Legion of Honor, as a member of the faculty, but also as father, as husband, or as any other half-natural, half-social function. For by doing so he agrees to the identification of himself with an arbitrary function which society has bestowed. L’esprit sérieux is the very negation of freedom, because it leads man to agree to and accept the necessary deformation which every human being must undergo when he is fitted into society….

For Camus man is essentially the stranger because the world in general and man as man are not fitted for each other; that they are together in existence makes the human condition an absurdity. Man is the only “thing” in the world which obviously does not belong in it, for only man does not exist simply as a man among men in the way animals exist among animals and trees among trees—all of which necessarily exist, so to speak, in the plural. Man is basically alone with his “revolt” and his “clairvoyance,” that is, with his reasoning, which makes him ridiculous because the gift of reason was bestowed upon him in a world “where everything is given and nothing ever explained.”