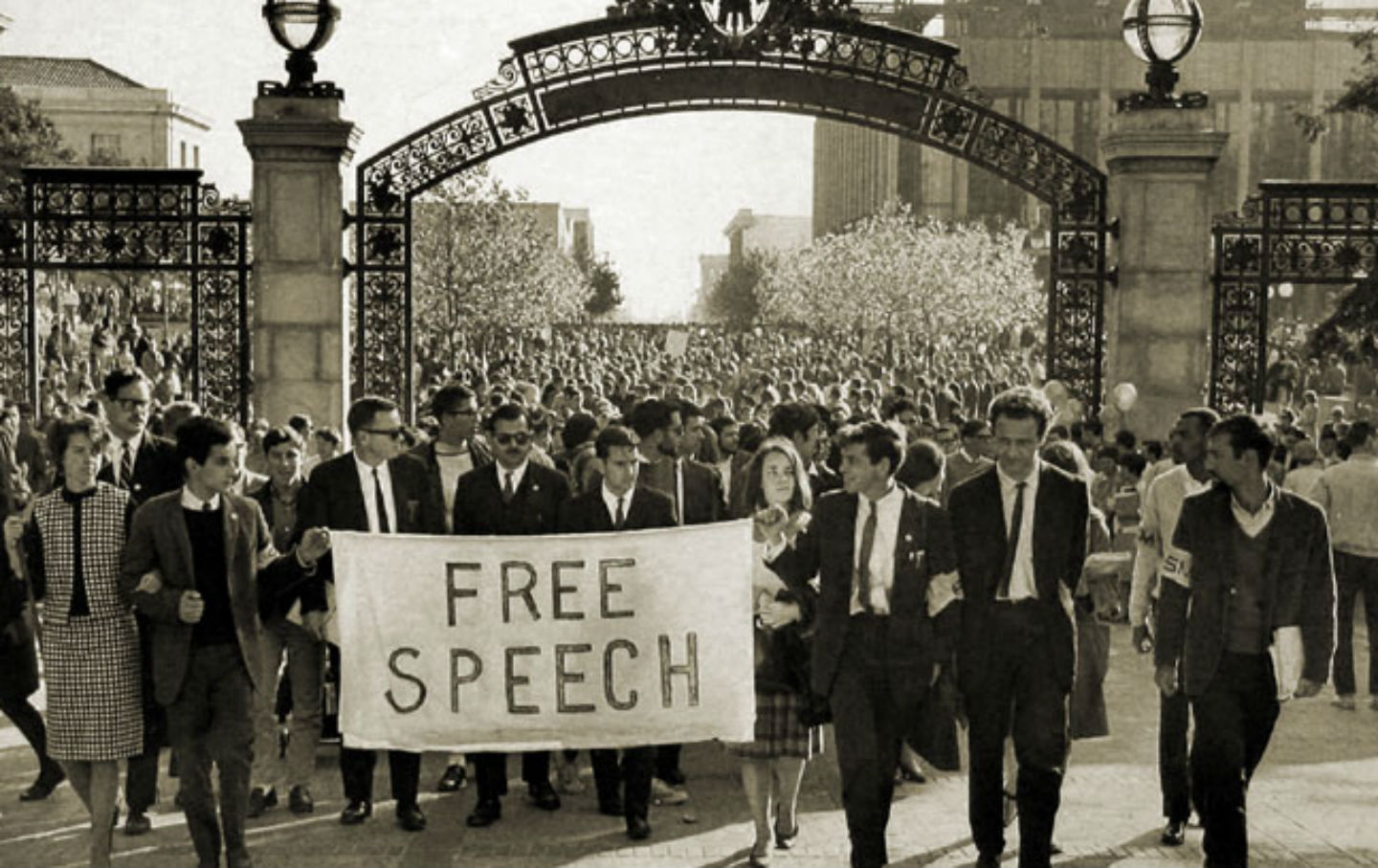 Mario Savio (second from right) and other Free Speech Movement protesters rallying on November 20, 1964, on UC-Berkeley's campus. (University of California at Berkeley Library)

On this day in 1964 the Free Speech Movement on the Berkeley campus of the University of California culminated with the arrest of some 800 student demonstrators. Regular Nation contributor Gene Marine, later the editor of the journal Ramparts, wrote about the “student strike at Berkeley.”

Months of civil rights demonstrations have taught metropolitan police officers everywhere to handle “limp” demonstrators; it requires two officers per demonstrator, and it can be efficient and painless. In Sproul Hall, however, police chose to drag the students, male and female, by twisting their arms into hammer locks, bending their wrists cruelly backward, and hauling them so that the pressure was on their sockets. One girl was pushed into the elevator on her face from several feet away. It should be stressed that there were reporters on the scene—but the police didn’t always know it. Downstairs, they were letting no reporters go up.

After about forty arrests had been made, the police saw that the process was taking too long. They withdrew temporarily (the students now call this “the coffee break”), and when they returned had apparently decided to get rough. The new plan was to bring women down in the elevator, and men by the narrow marble stairs, although a few unfortunate women also made it down the stairs. Some were brought down by arms or shoulders, but reporters present say that most were hauled by their feet. One conscientious reporter counted the marble steps as he followed a girl whose head jarred sickeningly as she was dragged down. There were ninety….

On Thursday afternoon, I watched the end of The Day of the Cops. There was no civilian authority anywhere on the campus. President Kerr was still in Los Angeles. Chancellor Edward Strong, chief Berkeley administrator (Kerr runs all nine university campuses), had disappeared. The University of California was completely in the hands of police. In every window of Sproul Hall a police guard was visible. There were guards on every door. Police patrolled the campus.