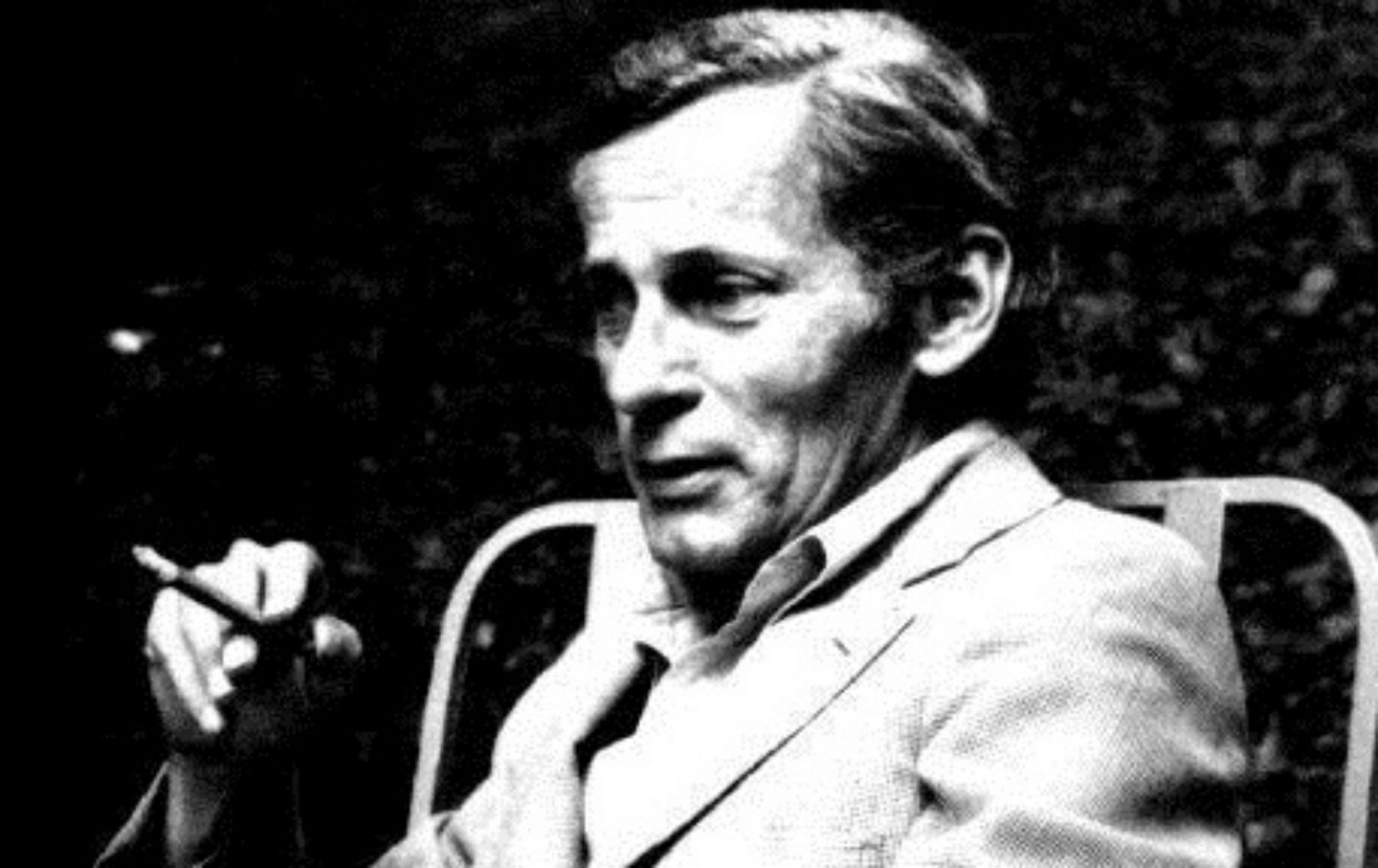 William Gaddis was born on this day in 1922. Three decades later his sprawling novel The Recognitions, one of the landmark works of postmodern American fiction, was published. It was reviewed in The Nation by the art critic of The New Statesman, one John Berger, who went on to be one of the most influential English-language novelists and essayists of his generation. This review, “Facts Without Vision,” ran three years before Berger published his first book, A Painter of Our Time.

Because I happen to be reviewing this 950-page novel I wish that I had time to read it again. But if I were reading it for my own interest I certainly would not do so. This fact demonstrates how specialized our cultural judgments have become, how far removed from our personal, comparatively spontaneous recognitions of what is good and bad. I think that Mr. Gaddis himself would agree with this. His title, “The Recognitions,” is probably meant to be taken on several levels, but at least one of the themes of this book is the falseness, the obliqueness of the type of recognition gained by artists in Western society.

The chief character is a painter of implied genius who fakes paintings by the early Flemish masters, or rather paints new works in their style and then forges the signature. His motive for doing this is not cash but is similar to that which drives his father, a New England clergyman, from the orthodox church to various forms of pagan sacrifices; both of them realize that true individuality is bound to be destroyed by the modern cult of personality and so seek a past order of values which places less emphasis on self-consciousness. Or at least that is their rational motive; their irrational motives are ritualistic and center around the death of the mother. A description of the dark meaning of their even darker pilgrimage takes up a large part of the book: the rest is mostly a satire on the false glitter of New York bohemianism.…

But when all has been said (and written), what does it add up to—the satire, the analysis of art, faith, and personality, the pagan sacrifices, the symbolic deaths, the Catholicism, the experimental writing? In my opinion it adds up to nothing more than an encyclopedia. Or perhaps one should say nothing less, for behind an encyclopedia there is a formidable amount of knowledge and some of the entries are bound to be useful. But an encyclopedia is not a work of art.

Reading this book and considering both the matter and the manner of it, one is reminded of some huge impressive bird, wings outstretched, neck taut, talons grasping; one is impatient to see it take to the air; and then suddenly one realizes that it can’t, that for all its fine feathers, the bones of its wings are broken. Finally one puts the book down, longing like the bird, the author, and the main characters for some quiet open space. It is a trapped book: the testament of a prisoner counting his grievances, or a miser his coins. I don’t want to be overharsh. Some of the grievances are ones we all know, and it does us good to have them defined; some of the coins are rare and valuable. But what it lacks, like all claustrophobic works of art, is imagination. It has plenty of invention and fantasy, but that is something different. Imagination in art is the ability to select significantly: to select in order to communicate a vision.

This book has no vision because the writer can see no way out of the vicious environment he describes so obsessively. The facts are piled up because they may contain a clue to the way out—but he does not find it. The book lacks perspective both socially and psychologically. And in the end it is is this, I think, that explains the awkwardness of the style in which much of it is written and its inordinate length. Because the writer is trapped, he barely envisages the existence of the reader; unlike that of James Joyce his prose is unoral, heavy, silent; unlike a great but lengthy writer like Thomas Mann he has no desire to convince by accumulation; one finds oneself after nearly 1,000 pages in exactly the same place as one started. It is perhaps for that reason that I began by saying that I felt I ought to read this book again.