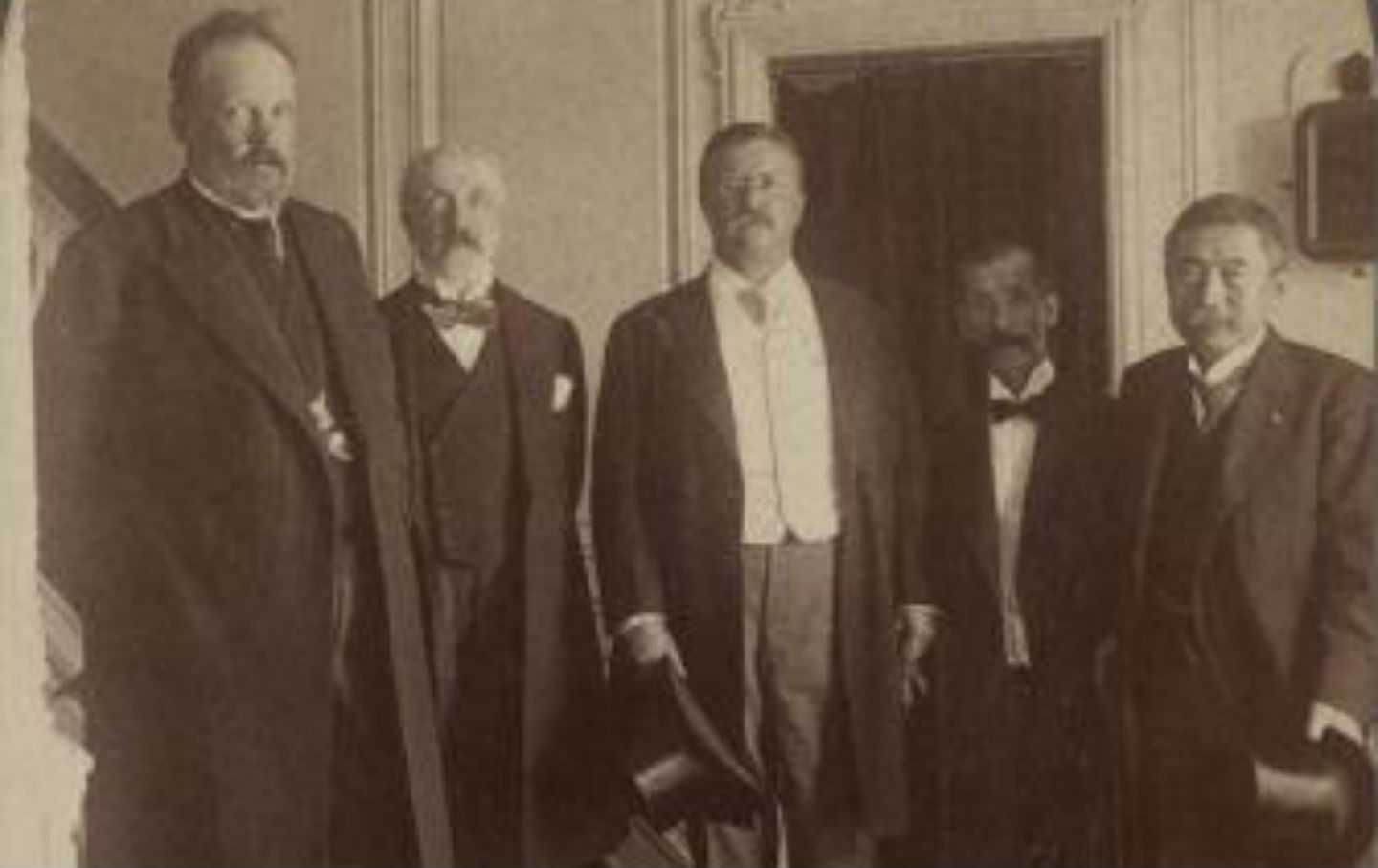 Roosevelt, center, and envoys of mikado and czar, circa 1905. (Library of Congress)

When President Barack Obama was awarded the Nobel Peace Prize in 2009—just nine months into his presidency—many observers, including in The Nation, wondered whether it were not somewhat premature. More recently, as Obama has vastly expanded the use of drones in warfare, has failed to close the prison at Guantanamo Bay, has embroiled the United States in military conflicts in Libya, Yemen, Somalia and elsewhere, others have wondered whether, having won the Prize before he had really done anything, the president felt himself justified in becoming more of a war president than a peace president. More than a hundred years ago, the editors of The Nation hoped that Theodore Roosevelt’s receipt of the Nobel Peace Prize on this day in 1906—in recognition of his efforts to negotiate peace between Russia and Japan—would convince the notoriously bellicose president that “being armed to the teeth” was not the only route to achieving peace.

The award of the Nobel prize of $40,000 to Theodore Roosevelt is a proper recognition of his success in bringing about peace between Russia and Japan. This is the finest of President Roosevelt’s achievements, and the one for which he should be longest remembered. In every land this award will be applauded, nowhere, however, more warmly than in this country, which is a sharer in the honor to its Chief Magistrate. With admirable public spirit and tact he has decided to devote the money to the cause of industrial peace. The prize will also, we trust, modify his own conventional ideas about the necessity of being armed to the teeth, and will set his thoughts more strongly than heretofore in the direction of amity between nations. At the coming Hague Conference he has a unique opportunity to startle the world by humanitarian proposals for disarmament; he is peculiarly in a position to lead in some long step toward relieving the poor of Europe from the crushing burdens of militarism.