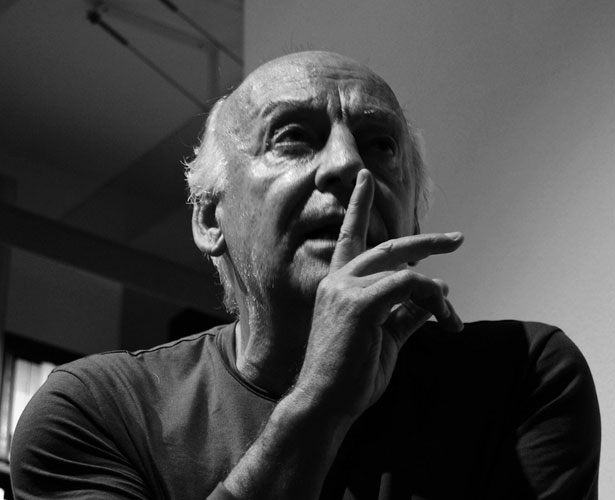 In Sunday night’s premiere of the HBO series Game of Thrones, two of the more admirable characters are speaking about the future and one says, “Perhaps we’ve grown so used to horror, we assume there’s no other way.” I mumbled to no one in particular, “Some screenwriter’s been reading their Galeano.”

The next day, the news broke that Eduardo Galeano, that master of the written word who could integrate magical-reality lyricism into to the all-too-real history of empire without breaking a sweat, had died of cancer at 74. No, I’m not a future-telling Warg, I don’t have a third eye, or the soul or a raven (or whatever the hell Game of Thrones reference is appropriate here). Galeano had been on my mind, as his failing health had been well known, and I’d felt the weight of debt that we owe the Uruguayan legend. It’s a debt owed by anyone who refuses to “grow used to horror” as an act of conscious resistance. It’s a debt owed by those who choose to witness our sick world from the carnage in Gaza to the #FuckYourBreath killing of Eric Harris and don’t become lost in the cynicism of a society that sometimes seems intoxicated by its own inhumanity. It is impossible to read Galeano’s Open Veins of Latin America and leave not only distraught over the bloody legacy of US imperialism but also hopeful at the ways brave, if fruitless, resistance can resemble the lush vitality of epic poetry.

I also owe a very particular, specific debt to Galeano. Yes, Galeano is known for his writings on empire. But he also penned what for my money is the finest book that sits at the intersection of sports and politics, Soccer in Sun and Shadow. In just 300 pages, Galeano spins a social history of the sport in achingly artistic sketch lines, some broad, others exact. It’s like a rollicking but incisive freestyle rhyme expressed through a massive quill pen. The art of his writing allows him to explain just what makes the beautiful game so endlessly alluring in spite of the ugliness that surrounds it. He writes, “I go about the world, hand outstretched, and in the stadiums I plead: ‘A pretty move, for the love of God.’ And when good soccer happens, I give thanks for the miracle and I don’t give a damn which team or country performs it.” That’s Galeano: he made you believe it was not only possible to be both an internationalist and fan, but also a necessity if you hope to have your feet planted in this world with your mind on the next.

Last summer, a dream came true, when my hero the sports/politics writer Mike Marqusee reviewed my World Cup/Olympics book Brazil’s Dance with the Devil and immediately “got” that “Eduardo Galeano is the book’s presiding spirit.” Throughout the book I started almost every chapter with a Galeano quote, mainly because there is no one more quotable. Anytime you can write a book and frame chapters with phrases like, “There are no right angles in Brazilian soccer just as there are none in the Rio Mountains,” or, “In the colonial and neocolonial alchemy, gold changes into scrap metal and food into poison,” or, “Where opulence is most opulent… misery is most miserable,” you do it.

Quoting Galeano to frame chapters was a method to allow just a little of his diamond dust to grace my own pages. There was a thrill in bringing Galeano’s ability to make words dance to my own pages, which upon rereading still make me feel as light-headed as a clod-footed student being taken for a whirl by Josephine Baker. But that wasn’t all. As Marqusee wrote, Galeano was also meant to be the book’s “presiding spirit,” the person who could embrace how sports can express the best and worst angels of our nature: how it can be used as an instrument of exploitation while also wielded as a weapon of hope.

Now it is just nine months later, and both Marqusee and Galeano are dead, both killed by cancer. The obvious instinctive takeaway from this is “fuck cancer” and fuck all in this world that is turning our bodies into wars of competing poisons. But when you exhale and look at the contributions of both writers, there is a different legacy: It’s the dare. They dared in a world of sound bites to compose graceful sentences plump with metaphors so thick you could get lost and found between the capital letter and the period. They taught us that it’s better to fail at writing something indelible than to be like everyone else. And most of all, they taught that no one should ever make you feel ashamed or embarrassed for refusing to acclimate yourself to the horrors of the present. That, above all else, is the debt we owe the memory of Eduardo Galeano. Whether you see yourself as writing history or making history, fortune favors the bold. And if you want to find a place in the collective memory, always strive to be memorable.