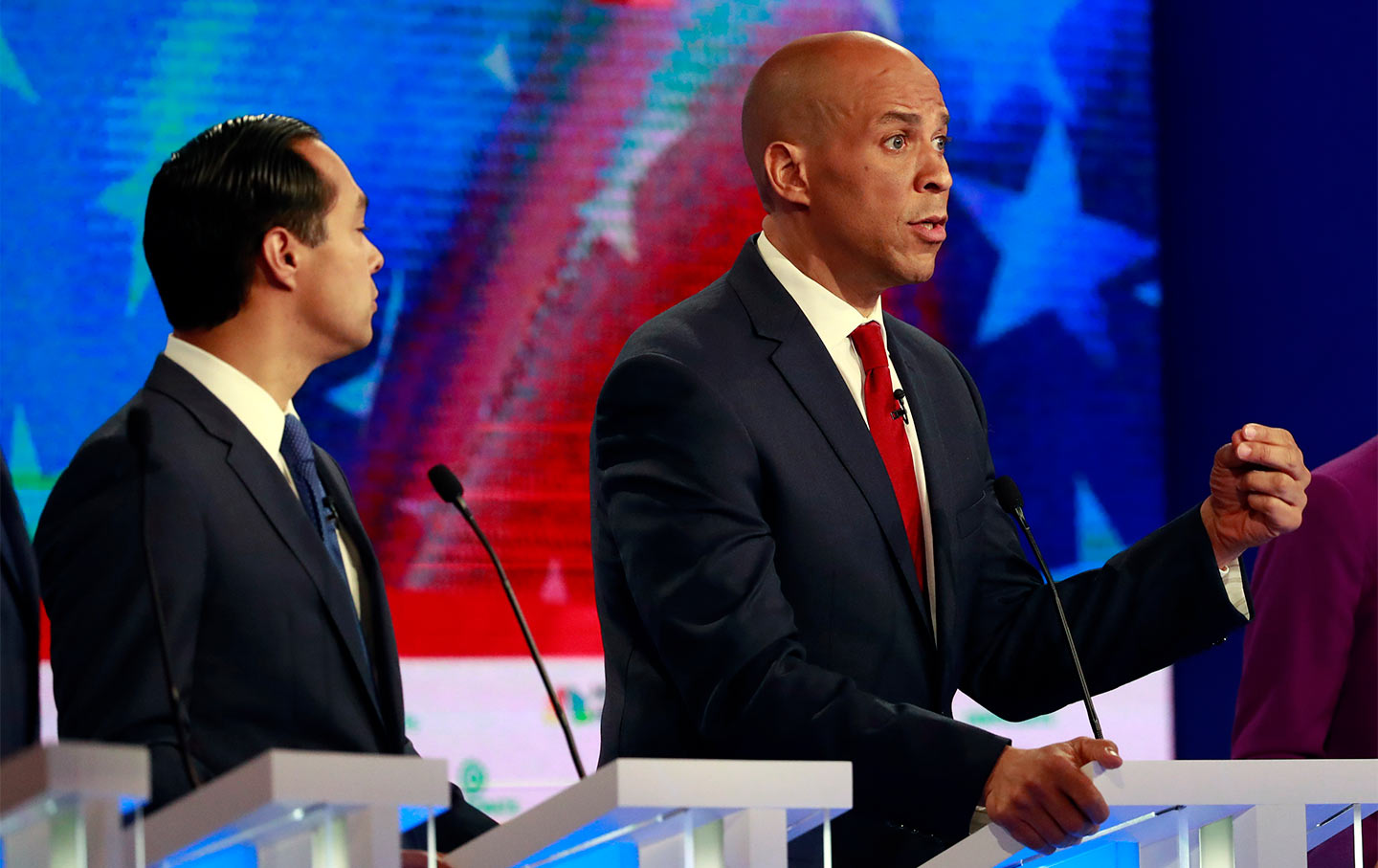 There will be a Democratic presidential debate this Thursday, and many more in the weeks and months to come. Yet a number of serious Democratic contenders, including the most prominent African American and Latino candidates who are still bidding for the nomination, will not be on the stage this week, and very well may be excluded in the future.

At this still-early point in the nomination contest, before a single vote has been cast, it’s foolish to practice exclusionary politics. The Democratic race will take many twists and turns before delegates convene next July in Milwaukee, and it’s wrong to exclude serious contenders in a way that artificially narrows the debate and candidacy pool.

New Jersey Senator Cory Booker, who did not meet the threshold for participating in this week’s debate, has been complaining about the requirements—on his own behalf and on behalf of the broader competition. After Kamala Harris quit the race, Booker asked, “What message is that sending, that we heralded the most diverse field in our history, and now we’re seeing people like her dropping out of this campaign, not because Iowa voters had the voice? Voters did not determine her destiny.”

While billionaires are effectively buying their way into the competition—and, potentially, onto future debate stages—DNC rules are not just limiting who can debate but also limiting the diversity of candidates who are presented as realistic prospects. “It’s a problem,” Booker says, that caucus-goers in Iowa and Nevada and primary voters in New Hampshire and South Carolina “are being denied the choices that they are telling us they want in February.”

Perhaps a history lesson from Shirley Chisholm would help the Democratic National Committee.

When she was bidding for the Democratic presidential nomination in 1972, Chisholm filed a complaint with the Federal Communications Commission and raised a ruckus within the party in order to secure a place in the final televised debate before a decisive round of primaries scheduled for June 6 of that year. Chisholm’s poll numbers were low, and party and media elites considered her to be out of the running; they decided to exclude her because they did not think she was viable. Chisholm, the groundbreaking African American congresswoman from New York, recognized that she was running an uphill race, but she refused to be sidelined. She forced open the process, debated, and made a final appeal for votes in order to “try to keep them honest at the convention.”

Chisholm fared a good deal better than expected on June 6, 1972, when she won New Jersey by a 67-33 margin and took almost 5 percent of California’s vote—where future House member Barbara Lee was one of her chief backers. Chisholm arrived at the Democratic National Convention that year with only a small cadre of delegates, but she attracted support from backers of candidates who dropped out and eventually collected 151.95 delegate votes (a little over 5 percent of the total). To this day, she remains a touchstone figure for activists and leaders of the modern Democratic Party.

Excluding Chisholm from a debate at the close of the 1972 Democratic nomination race was wrongheaded, and it’s wrongheaded to exclude candidates with relatively low poll numbers but big messages from today’s debates before the 2020 race really takes off.

Last week, Booker was joined by former secretary of Housing and Urban Development Julián Castro in signing a letter to the DNC asking for a loosening of debate rules so that they might continue to participate in the debates. Now, with support from other candidates who will be debating, they have proposed a return to “the previous criteria that allowed candidates to qualify to participate either via meeting a minimum polling threshold or meeting a number of grassroots donors to demonstrate broad-based support.”

According to Politico, “Booker and Castro have reached donor thresholds for debates, but not polling.” Were the rule change backed by Booker and Castro and the other candidates to be made, Representative Tulsi Gabbard could also qualify—and, perhaps, billionaire Mike Bloomberg.

Because they recognize what the DNC—as it continues to balk at proposals to alter the debate thresholds—does not. “Candidates who have proven both their viability and their commitment to the Democratic Party are being prematurely cut out of the nominating contest before many voters have even tuned in—much less made their decision about whom to support,” explains the letter.

Specifically, the candidates complain that “the escalating thresholds over the past few months have unnecessarily and artificially narrowed what started as the strongest and most diverse Democratic field in history before voters have had a chance to be heard.” “While we know this was an unintended consequence of the DNC’s actions,” they noted, “many of the candidates excluded due to these thresholds are the ones who have helped make this year’s primary field historically diverse.”

As Andrew Yang reminds us, “Having a more inclusive debate is a positive thing.”