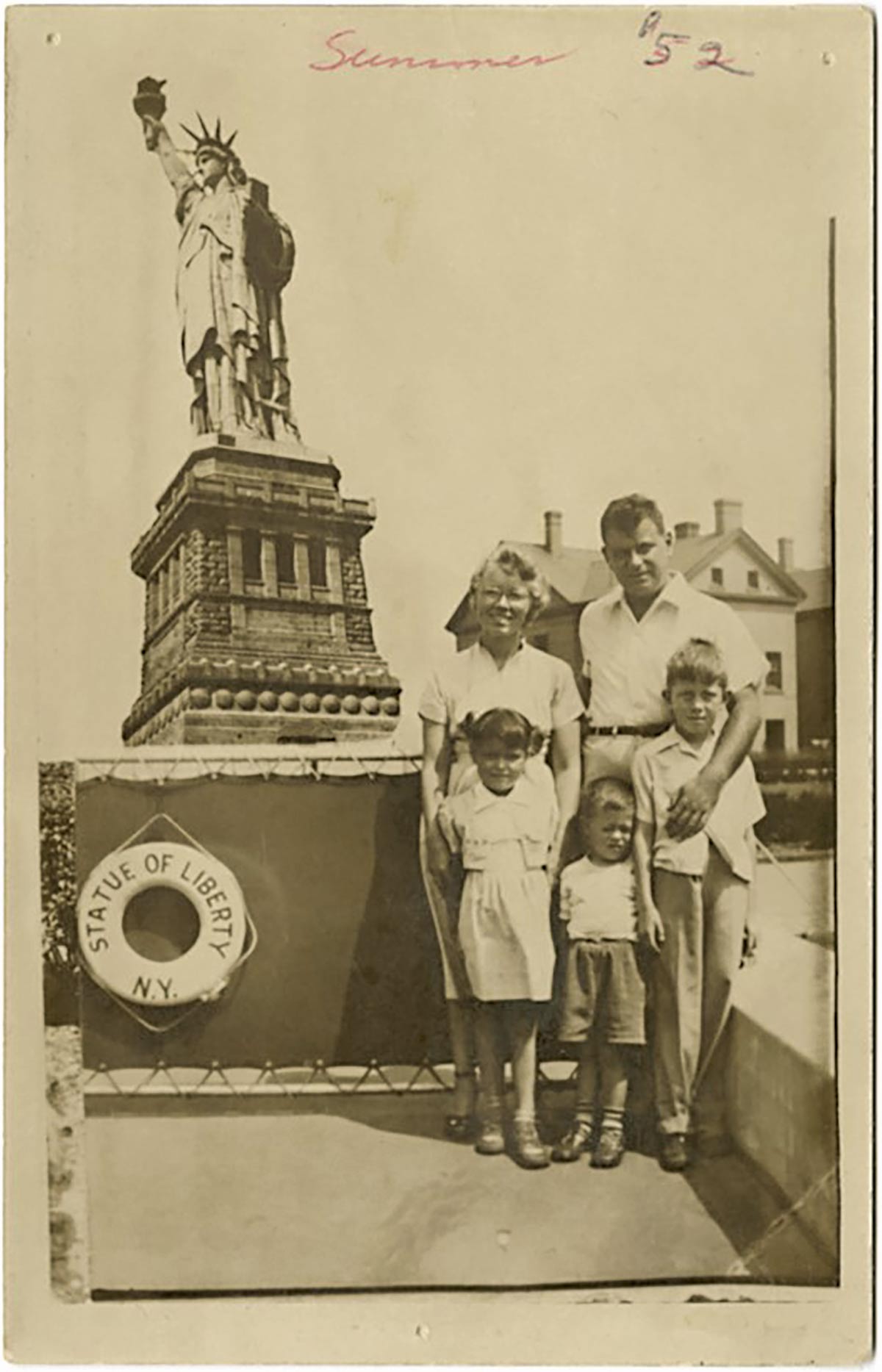 A Washington Post editor and two-time Pulitzer Prize winner, David Maraniss is the author or coauthor of a dozen books, including well-received biographies of Bill Clinton and Barack Obama. His latest is a family memoir that Maraniss’s publisher describes as a “thank-you note to his father.” If it were simply that, A Good American Family would be of little interest, except perhaps to the author’s kinfolk. But Maraniss has fashioned his book into something much more than an homage to a much-loved parent. A Good American Family is an empathetic, though not entirely successful, effort to understand why his parents and uncle were drawn to communism in the 1930s and then why, nearly two decades later, they fell victim to a frenzied government witch hunt that targeted them because of these convictions. If only obliquely, the book thereby takes on two topics central to 20th century history: the allure of communism during the heyday of the Old Left and the subsequent impulse to label otherwise loyal citizens as un-American because of their radical commitments.

Maraniss is hardly the first person to engage with these questions; whole historiographies have emerged around the influence and legacy of communism, anti-​communism, and anti-anti-communism in American life. Yet such questions are salient today, when the evident exhaustion of conventional politics may once again bring more radical alternatives, whether on the left or the right, into play.

A Good American Family: The Red Scare and My Father

In the Red Scare that erupted after World War II, Elliott Maraniss, the author’s father, was the smallest of small fry, but his prewar flirtation with communism nonetheless sufficed to get him fired from his editorial position with the Detroit Times. Though neither imprisoned nor even charged with a crime—his principal offense was refusing to answer questions when subpoenaed by the House Un-​American Activities Committee, or HUAC—Elliott Maraniss found himself unable for a time to get work. While this derailment caused acute personal and economic distress, it was only temporary: By the late 1950s, he was able to begin what would prove a long tenure with The Capital Times, a Madison, Wisconsin, daily with notably progressive leanings. Still, the trauma was by no means negligible, and the pain and dislocations that the experience caused stuck not only with the father but also with the son all those years since.

Born in 1918 to nonreligious Jewish parents, Elliott spent his boyhood in the New York City borough of Brooklyn, where he played baseball and participated in the Boy Scouts. By the time he was in high school, he began to show a knack for journalism. Like many outer-borough kids, Elliott was politically active, participating as a high school student in the massive strike for peace organized by the left-leaning National Student League in 1935.

After high school, Elliott went on to the University of Michigan. There he devoted less time to his studies and more to working for The Michigan Daily, the university’s student newspaper, as well as to courting Mary Cummins, a townie who was already a professed communist as a teenager. Indeed, radicalism ran in the Cummins family: As soon as he graduated from the University of Michigan, Mary’s older brother Robert Adair Cummins headed off to Spain to fight the fascists in the civil war there.

Through Mary and Robert, Elliott soon became radicalized. For all three, there was nothing incongruous about having a commitment to communism, as incarnated by the Union of Soviet Socialist Republics, and to the United States. “They loved the promise of America,” Maraniss writes of his parents, but “at the same time wanted to believe in a virtuous, peace-seeking, equality-minded Soviet Union”:

They thought they were working toward a true and open American democracy, even as they were rationalizing the actions of what was in fact a ruthlessly totalitarian foreign power. Two opposing ideas, one noble, the other false and naïve, coexisted in their minds.

The signing of the 1939 Molotov-​Ribbentrop Pact, which saw the USSR enter into a treaty with Nazi Germany, did not shake their faith in communism either at home or abroad. Overnight, Maraniss’s parents transformed themselves from militant anti-fascists into staunch isolationists. In an editorial for The Michigan Daily, Elliott called the Allied war against German fascism “a robber’s war” between rival imperial powers. Which side would eventually emerge victorious, he insisted, was of no concern to the United States.

Later that year, Elliott and Mary wed. He was 21 and she 18. When Germany invaded the Soviet Union in June 1941, they and most other communists instantly revised their interpretation of the war. A competition between rival empires became once again a crusade against fascism, and Elliott “readied himself to volunteer as soon as the U.S. entered the war.” To fight for the United States meant to fight for the Soviet Union, and within two weeks of the Japanese attack on Pearl Harbor, Elliott enlisted.

Maraniss recounts his father’s wartime service in considerable detail. Although Elliott remained in uniform until January 1946, he never engaged in combat against fascists or anyone else. Instead, after earning a commission in the Army’s Quartermaster Corps, he assumed command of a salvage repair company, which worked behind the lines to restore damaged equipment to serviceable condition. His unit consisted entirely of black troops, and despite the prevailing practices in what was then a Jim Crow military, he treated his soldiers with uncommon respect.

From Maraniss’s account, it seems clear that his father developed into an effective leader and found considerable satisfaction in commanding his company. Elliott’s ingrained sense of idealism persisted, even as military service softened its edges. According to his son, Elliott left the Army as something of an “undogmatic optimist.” By 1952, the former communist had moved to the political center, preferring Dwight Eisenhower to the liberal Adlai Stevenson in that year’s election.

Unfortunately for the Maraniss family, Elliott had years earlier attracted the attention of the FBI, which had put together a file detailing his ostensibly subversive activities. After the war, he was far more interested in major league baseball than in the writings of Marx and Lenin. Even so, in March 1952 he was hauled before HUAC. Citing his Fifth Amendment rights, he declined to answer the committee’s questions. His inquisitors responded to this lack of cooperation by refusing his request to read into the record his eloquently written testimonial to American democracy. The event was a variant of the show trials found in Stalin’s USSR. Elliott’s unblemished wartime record counted for nothing, and he and his family were forced into several years of de facto internal exile.

Maraniss embellishes this narrative by profiling several of his father’s antagonists. Prominent among them were Bereniece Baldwin, who infiltrated the Detroit branch of the Communist Party USA and became a notorious FBI informant; HUAC chairman John Stephens Wood, a stalwart Democrat from Georgia who was a devout racist and Ku Klux Klan fellow traveler (while concealing the unwelcome fact that he was part Cherokee); and Charles Edward Potter, another HUAC member, who lost both his legs fighting in Europe during World War II and later repented his role in the Red Scare, castigating red-baiters as “disgraceful racial bigots and American fascists.”

In comparison with these colorful (though not necessarily admirable) characters, Elliott comes across as bland. While very much the “good American” of Maraniss’s title, he was not a terribly compelling personality. Reading about the zealots who sought to destroy Elliott’s life, one wishes that Maraniss had provided a more convincing explanation for why his father chose to follow the course he did. Certainly for Elliott, Mary, and her brother, the twin shocks of World War I and the Great Depression, along with youthful innocence and a tendency to see only what they wished to see, played a role. Yet Maraniss never satisfactorily explains why they found themselves drawn to communism. Of the motives of Elliott’s persecutors, we learn far more: Money, ambition, partisanship, and even boredom, in Baldwin’s case, played a role. These are motives many readers can understand; Elliott’s remain something of a mystery.

Everyone concerned in these events, even the most cynical among them, saw themselves as genuine patriots. But what they also shared, in addition to a self-congratulatory conception of patriotism, was a susceptibility to dogmatism—a conviction that anyone disagreeing with their position was not simply misguided or misinformed but beyond the pale. Sadly, among some on the left and among many on the right, this inclination persists.