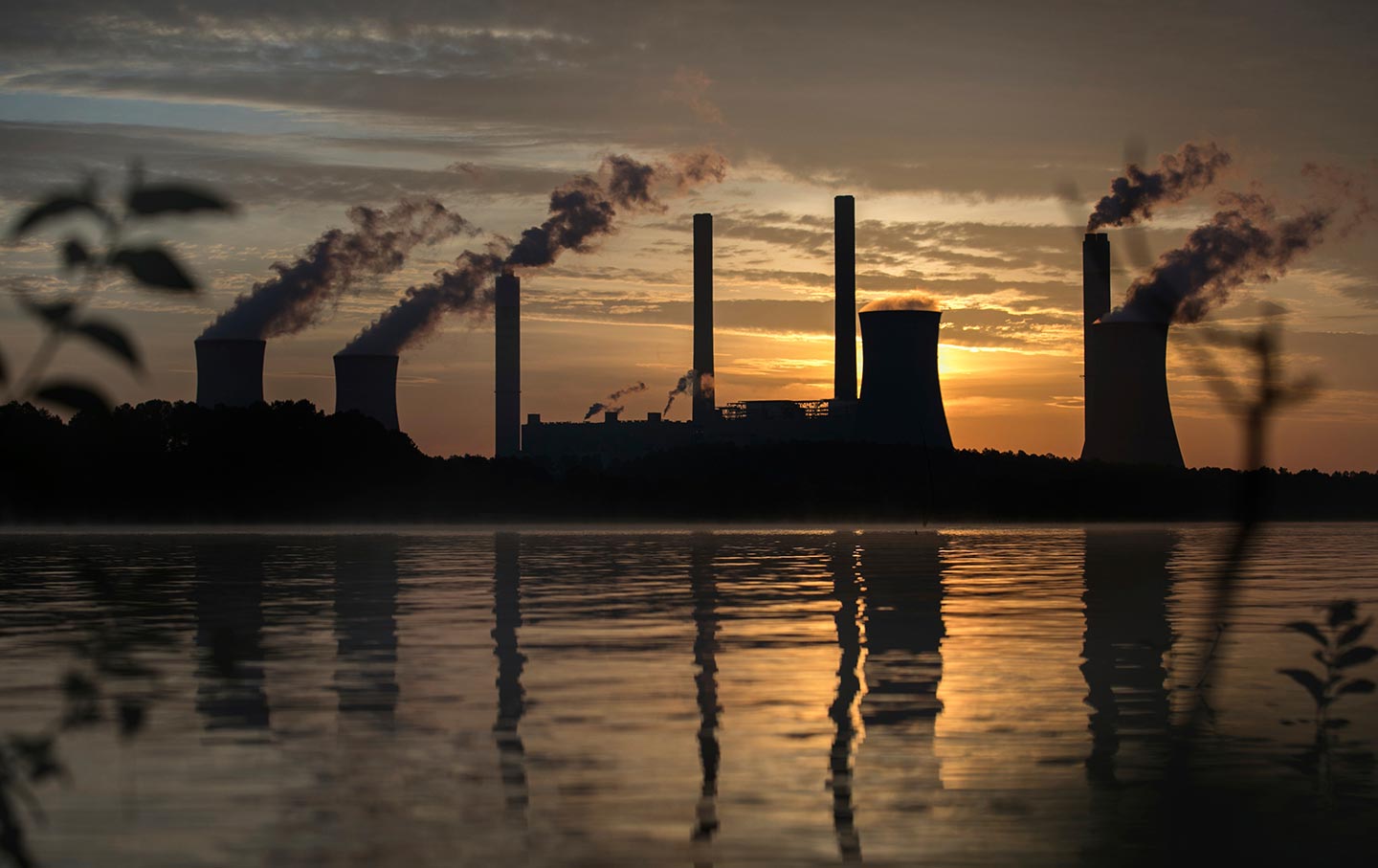 The coal-fired Plant Scherer, one of the nation’s top carbon-dioxide emitters, stands in the distance in Juliette, Georgia, June 2017. (AP Photo / Branden Camp)

Bonn—This week, world leaders are convening along a sleepy stretch of Germany’s Rhine River for COP23, the first UN climate talks to be held since Trump announced he will withdraw United States from the Paris Agreement, the landmark climate deal arrived at in 2015.1

Yet while the administration’s fossil-fuel boosterism has grabbed headlines about COP23 stateside, the UNFCCC process has more problems to reckon with than the White House. The gap between the goals laid out in Paris and the mitigation plans now on the table are vast, and bridging it—which requires decarbonizing the world economy by mid-century at the latest—may well prove the greatest collective challenge humanity has ever faced. It will also mean rethinking long-held beliefs about how economies should measure success, and what the role of the state should be in shaping economic activity.2

To hear more, I sat down here in Bonn with climate scientist Kevin Anderson, Zennström professor at Sweden’s Uppsala University, chair of energy and climate change at the School of Mechanical, Aerospace and Civil Engineering at the University of Manchester and the Deputy Director of the Tyndall Center for Climate Change Research. Our conversation has been edited and condensed for clarity.3

The Nation: How far are we from meeting decarbonization goals that would actually limit global warming to either the 1.5 or 2 degrees Celsius targets?4 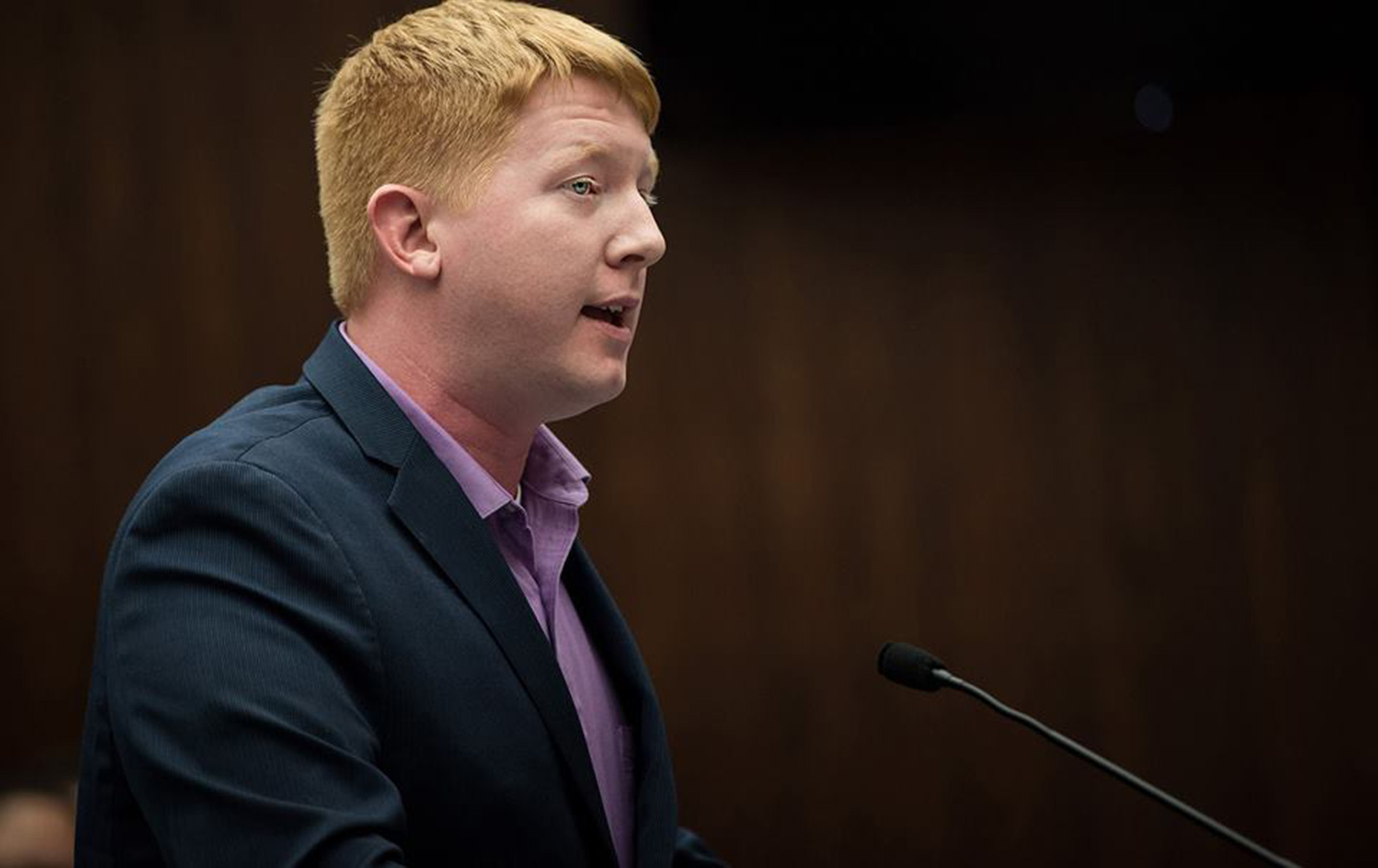 Kevin Anderson: My judgment is that we won’t get to 1.5 degrees. The only chance is if negative emission technologies begin to work at planetary scale and we can roll them out incredible rapidly. We talk about those technologies as if they actually exist. They don’t. They’re still really just sketchbooks on computers. I personally think the chance of staying below 1.5 degrees is so slim that it’s not really worth putting any hope in it. But that’s not to say we shouldn’t pursue it in terms of research funding and so forth.5

I’m not wonderfully uplifted when I come to events like this. We say we’re all moving nicely in the right direction. But when you look at it more in detail, it’s not quite like that.7

TN: Could you talk about this idea of a Marshall Plan for the planet? How far is that from what’s being talked about here in Bonn?8

KA: If we want to actually respond to climate change, we can ask what the scale of that challenge looks like, and start to paint it out. When you do that, you’re really talking about changing the productive capacity of our society. We can’t make Lamborghinis and Land Rovers and second and third homes. We have to make wind turbines and things that lay the infrastructure for a very-low-carbon future. Getting there would be quite similar to the Marshall Plan we had in the reconstruction of Europe after the Second World War, when the continent was basically flattened and we had to start almost from scratch. It’s that scale and rate of change that will be necessary to deliver an infrastructure that will allow us to meet our 2 degree commitment. That’s why I think that invoking the Marshall Plan—certainly in the wealthy parts of the world—is a good way of capturing the urgency and scale of our situation.9

It’s not just about making renewables a bit cheaper. A Marshall Plan for the planet is also about ceasing to use the currently dominant fuels. We can’t rely on them being pushed out by price. We have to actively go in and close those down, and in that process we will release a lot of really excellent labor and skills. And that labor and those skills will be suitable for doing a lot of the Marshall Plan–type work that will be necessary. So you can describe the Marshall Plan as a really great jobs agenda.10

I don’t know if it’d necessarily be good or bad for the measure that economists are obsessed with: GDP. Let’s measure things that are good for society in their own units: Female literacy or less crime or more job security—those are all good things to measure.11

TN: You’ve talked about this kind of jobs plan as a means of addressing our political moment. Where do you think this fits into building support for climate action on a national or even global scale in the age of Trump and Brexit?12

KA: A number of things have come together at the same time, and I don’t think there’s any direct connection between them. One is the banking crisis. None of us really trust the banks. I’m not sure how much we trusted them before, but we certainly don’t trust them now.13

We’ve also got an entirely different political dialogue. I’m not in favor of Trump and Brexit—I think those are terrible things—but there’s a whole constituency that has been mobilized who were not really engaged before and are open to different narratives. We in the climate-change world can bring that together with the collapse in the banking crisis and the lack of trust in some of these authorities to describe a different world which is prosperous not just for the wealthy, but for the great majority of people. It also helps that renewables have become much cheaper and more reliable.14

Put all these things together and I think we can paint a positive narrative about the future. It doesn’t mean we’re necessarily going to go there. But I think we can say what it would look like and what we would have to do to get there. All the balls are aligned. We just need to be pushing very hard. But we’re not prepared to do that right now. We’re so knocked into the old status quo that we’re not able to see these new opportunities. When you come to Bonn you see that.15

TN: You’ve talked also about how the responsibility for climate change falls unevenly—wealthier people consume a lot more within a given country. Can you talk about “degrowth,” and the idea that dealing with the climate crisis has to involve abandoning economic growth?16

KA: There’s no way that I can see how a wealthy part of the world, at an aggregate, national level, can deliver what would be necessary to stay below 2 degrees Celsius and still maintain a growing economy. But sometimes that language of degrowth can be unhelpful—it gives the impression that everyone is going to be made worse off, which isn’t true.17

Because there is already this huge inequity across the globe, it will mean that a significant minority—as much as 20 or 30 percent of people—will see significant reductions in their material well-being. But other people in society would see an improvement in their material well-being. So if you want to use a degrowth narrative, you have to understand that it doesn’t split evenly across society. Many people in society would see a better quality of life—more job security, more income, and probably more consumption. Other people would be compensating for that: The ones who have taken the lions’ share of the fruits of our productive society for a long time.18

TN: Do you think climate change has to change the way political economists understand how the world works, or economics itself?19

KA: Probably a bit more now. It didn’t have to in 1990. We’ve chosen to fail on climate to the point where it now starts to beg fundamental questions about how rapidly contemporary society can do things. We could have solved climate change with technical solutions. But because we let it go on so long, now it inevitably involves large-scale economic and societal solutions.20

The dominant neoclassical, market-based approach I think is fundamentally flawed for guessing system level changes. It is arguably very good for looking at small changes within certain productive parts of society: sock or shoe manufacturers, possibly even motorbike manufacturers. But once it gets to planes or cars or climate change, it has nothing useful to say. It’s a field that has overplayed its hand and been accepted by all of us as important, and has helped undermine any real mitigation for a long time.21 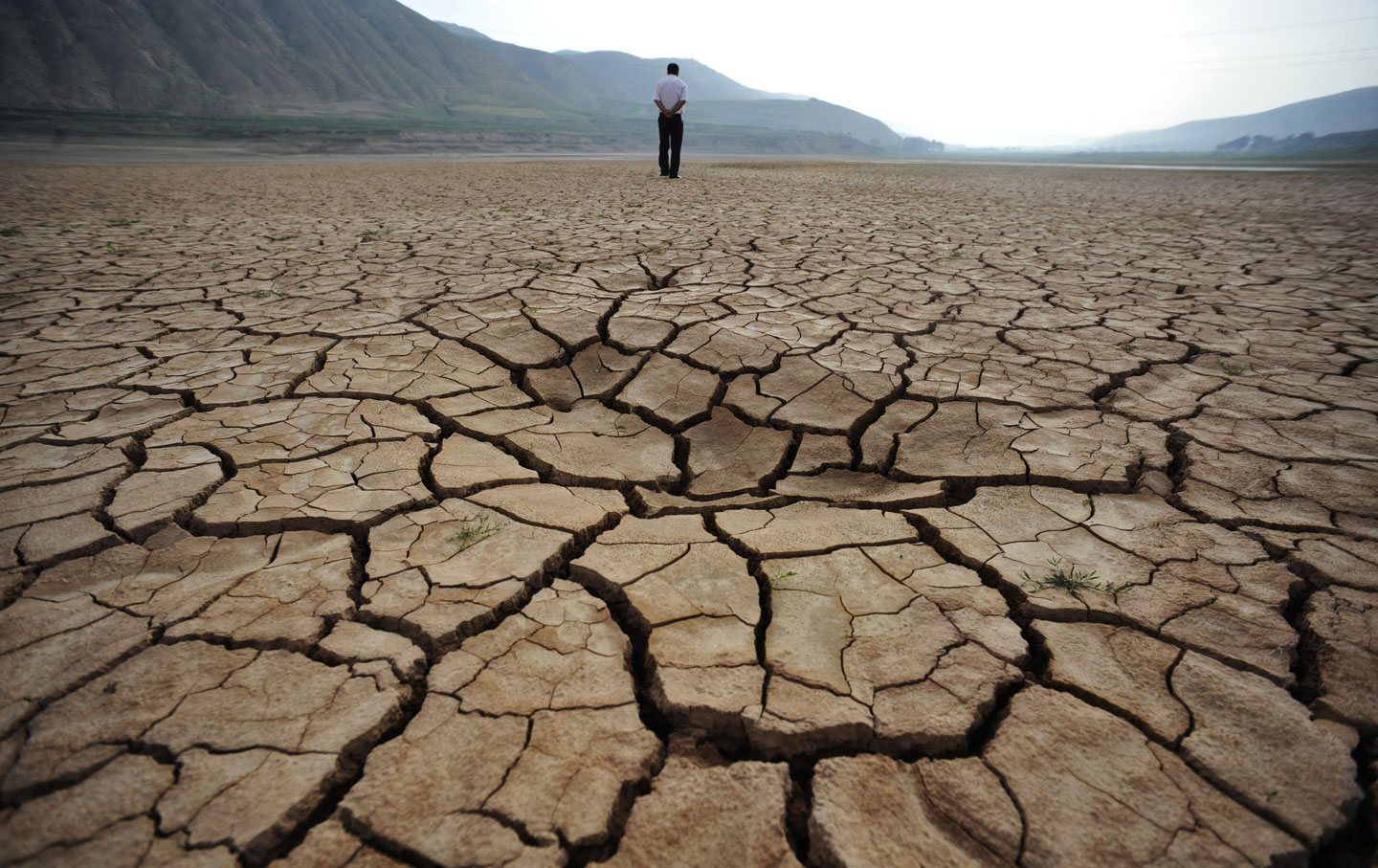 Capitalism vs. the Climate

TN: Is staying below catastrophic levels of warming compatible with capitalism? 22

KA: I’ve had plenty of arguments with people that we can’t really define capitalism. Is what we see in the US the same as what we see in Sweden? Are they both capitalist? There are some elements that are clearly crossovers, but there are also big differences. It’s a bit like growth: Is it any longer a helpful framing?23

Go to Sweden, where I live, and it’s not like that. The benefits have been spread much more evenly—if that is a form of capitalism, I quite like that model (though it’s not perfect).25

The form of capitalism that dominates the discourse at the moment is clearly not compatible with dealing with climate change. I’m absolutely categorical in my views on that. A lot of the modifications of this form of capitalism are incremental in their tweaks. That’s not compatible either. We will need some root and branch changes to what we might call capitalism if it’s ever going to deal with climate change. And even then whether you can say it looks and sounds like capitalism I don’t know.26