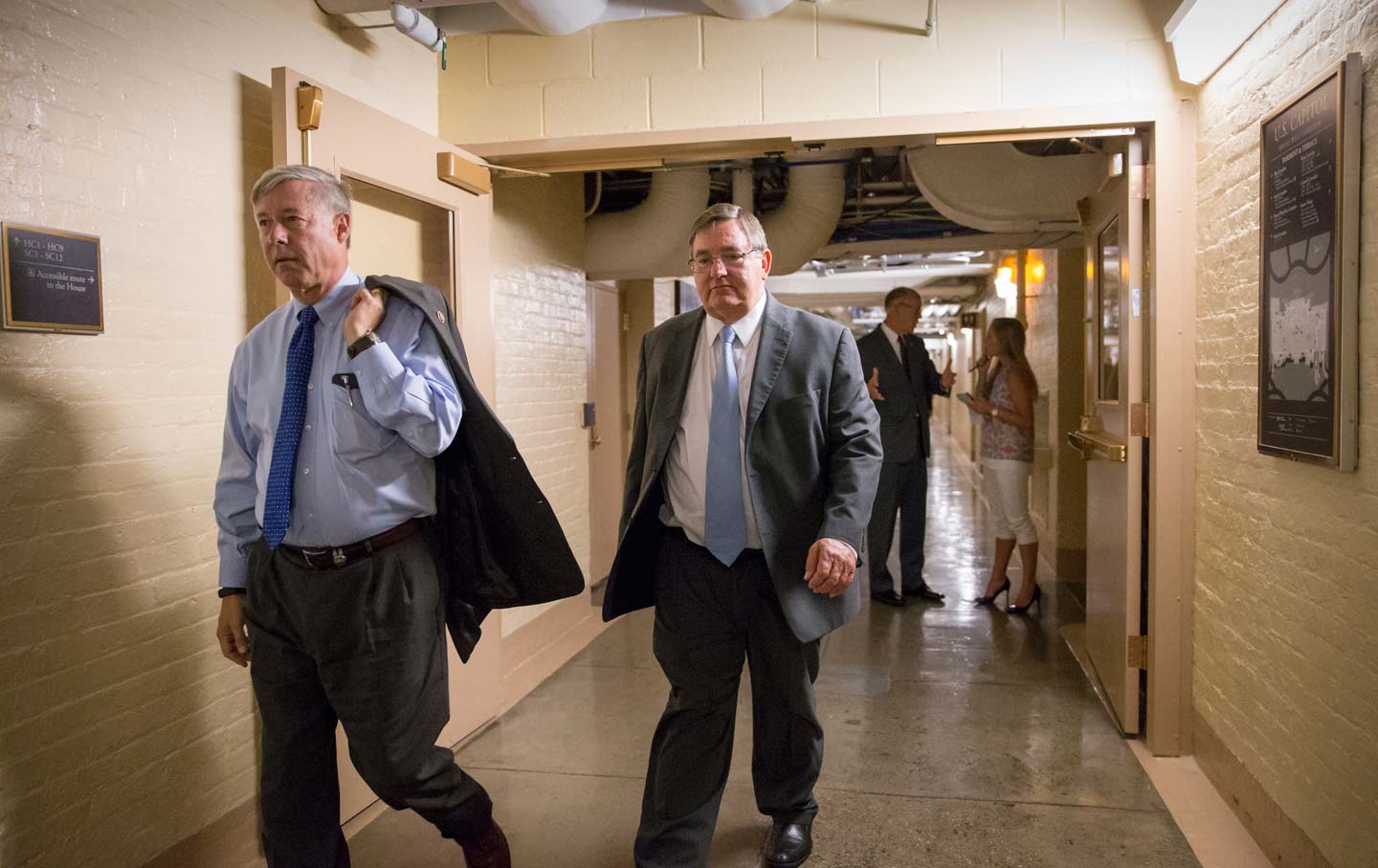 Despite two high-profile and horrific acts of gun violence in the past month, Congress is likely to leave town this week for a two-month recess without taking any action on gun control. House Speaker Paul Ryan was planning a vote on a deeply flawed piece of legislation that would potentially prevent the sale of weapons to people on the terror watch list, but now even a vote on that bill appears to be off the table.

On Tuesday, there were a few events marking the one-month anniversary of the shooting at Pulse nightclub—but mainly kept outside the doors of the Capitol. In the evening, on the front steps, the House LGBT caucus along with several members of Democratic leadership held a vigil for the victims of the shooting, the worst in American history, and demanded “action” on gun control.

Earlier in the day, a small group of activists and progressive members of Congress stood outside the Capitol building and demand reinstatement of the assault weapons ban. If there was ever a political moment for getting both parties to at least talk about the ban, one would think it might come after a professed adherent of ISIS used an assault weapon to kill 49 people, followed shortly by a man using an assault rifle to conduct urban combat against police officers in Dallas, killing five of them.

But no such political moment seems to exist. The event outside the Capitol boasted no Republicans, who still uniformly oppose any such legislation. In fact, the GOP platform committee passed a plank Tuesday opposing any efforts to restrict assault weapons or ammunition magazines.

There were no members of Democratic leadership in the House either—the official party focus is on the Democrats’ own “terror gap” legislation (which is also deeply problematic). As we reported last month, there was some discussion of forcing a discharge petition on an assault weapons ban following Orlando, but Democrats ultimately didn’t pursue it. Nor were any of the three major gun control groups present—none support an assault weapons ban.

The assembled activists and members of Congress, including the co-chairs of the Congressional Progressive Caucus, pressed on. Benjamin O’Keefe of MoveOn, who lives in Orlando and knew some of the victims at Pulse, lamented that “all we are left with are thoughts and prayers. No action. This is not new. It is embarrassingly the same.”

Representative Jerrod Nadler noted that Republicans were busy grilling Attorney General Loretta Lynch inside, but posing no questions about gun control to the nation’s chief law-enforcement official. Nadler noted that the current Congress has not held a single hearing on the issue.

MoveOn and a handful of other progressive groups brought 1.2 million signatures on a petition to reinstate the ban, which they presented to Congress after the event. That’s all that can be done at this point—keep bringing public pressure to bear on Congress. “You need to make us do it,” said Representative Brenda Lawrence.

But based on the floor schedule this week, it doesn’t look like Congress will be considering any gun-control measures whatsoever. Around 4 pm Tuesday, House Democrats did try to tack a terror-gap gun control measure onto a larger legislative package as an amendment, though the vote failed, and the House moved on to some appropriations bills.

About seven minutes later, the Capitol was placed on lockdown for a man with a gun outside the building.