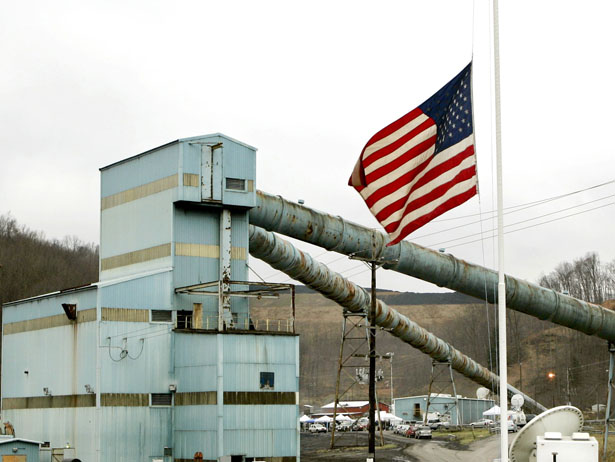 As its battle against the Obama administration’s Clean Power Plan intensifies, Big Coal is getting a lot of help from friends in high places.

Leading the rush to the industry’s defense is Senate majority leader Mitch McConnell, who has launched an underhanded campaign to undermine the Environmental Protection Agency’s new rules for greenhouse gases from power plants. In a March 3 op-ed, McConnell suggested that states should refuse to submit a state plan for lowering emissions. A few weeks later he sent a letter directly to every governor in the country, warning that developing such a plan would allow “the EPA to wrest control of a state’s energy policy.”

To further encourage states to opt out of the rules, McConnell and co-sponsors Rob Portman, Roy Blunt, Tom Cotton and Orrin Hatch put forth an amendment to a budget resolution on Wednesday that would allow a state’s governor or legislature to duck the EPA’s authority if they determined that adopting a plan to reduce emissions would hurt their state. (A similar measure is pending in the House.) In order to opt out, according to David Doniger of the National Resources Defense Council, all a state would need to do is “to declare that meeting carbon standards would cost the polluters money.”

McConnell’s bases his appeal to the states on the claim that the regulations are “probably” illegal. In this argument he is is backed by “iconic liberal constitutional scholar Laurence Tribe,” who, McConnell practically crows, “was President Obama’s constitutional law professor at Harvard Law School.” In recent months Tribe has been busy writing legal briefs and op-eds and trotting himself out before the House Energy and Commerce Committee to make that case that the EPA’s attempt to regulate greenhouse gases under the Clean Air Act is an egregious act of overreach akin to “burning the Constitution.” Tribe goes well beyond questions of legality, however, as Jonathan Chait points out, defending coal as a time-honored home-dug alternative to foreign oil.

Tribe’s starring role in McConnell’s circus is unexpected, but it’s not hard to explain: They’re working for the same boss. Tribe was hired to assail the Clean Energy Plan by Peabody Energy, the nation’s largest coal producer—and also the fourth-largest contributor to McConnell over the course of his career, according to The New York Times.

There isn’t enough support in the Senate to override the inevitable veto of any legislation that undermines the power plant rules. That’s why McConnell is appealing directly to the states. A dozen have already sued to stop the regulations, and it’s these legal challenges that have the most potential to cripple, or at least slow down, the plan’s implementation. The coal industry and nineteen states are also using lawsuits to try to wriggle out of new limits on mercury, arsenic and other toxic emissions; the Supreme Court heard arguments against that rule on Wednesday.

All of this suggests that Big Coal’s star is as bright as ever in Washington. The persistence of its political influence looks increasingly odd, however, when held against the fact that coal industry is imploding. The global market research firm Macquarie Research warned investors on Monday that the future for US coal companies is “increasingly bleak,” and the sector is likely to see “a wave of bankruptcies.” A report released Tuesday by the London-based Carbon Tracker Initiative found that more than two dozen coal companies have recently gone bankrupt. Between 2005 and 2010 coal lost more than 10 percent of its market share in US power generation. Meanwhile, China continues its efforts to kick its own coal habit: This week officials announced that they will shut the last coal-fired power plant in Beijing in 2016. “This is an industry in crisis,” writes Ross McCracken of Platts Energy Economist. “Now it faces a slow King Canute style defeat.”

Why are coal companies having such a hard time? One reason is that it’s becoming too expensiveto mine coal for profit in some areas, now that the easy-to-reach reserves in Appalachia (if you consider blowing the top off a mountain easy) are tapped out. The costs of shipping coal are going up, while renewable energy is increasingly affordable. The Carbon Tracker report does point to EPA regulations, particularly on Mercury, as one of the significant challenges to the industry. But even more important is the 80 percent drop since 2008 in the price of natural gas. Coal just can’t compete anymore. “What is also striking is that these factors were not driven explicitly by carbon or climate considerations,” the report continues. “Without a global climate deal or a federal carbon price, US coal is already down for the count.”

Meanwhile the economy is growing (if horrifically unequally), indicating that coal isn’t nearly as relevant as the debate about the power plant rules would suggest. Giants like Peabody still have enough money to net powerful lackeys like Tribe. But at most McConnell’s campaign would amount to corporate life support, perhaps enough to keep Peabody alive. It’s certainly no plan to lift up the struggling coal regions he claims to be fighting for. McConnell isn’t fighting the “war on coal” just for Peabody’s sake, however. As a narrative through which to filter broader resistance to any challenge to corporate power made in the public interest, that “war” is far too useful to give up.