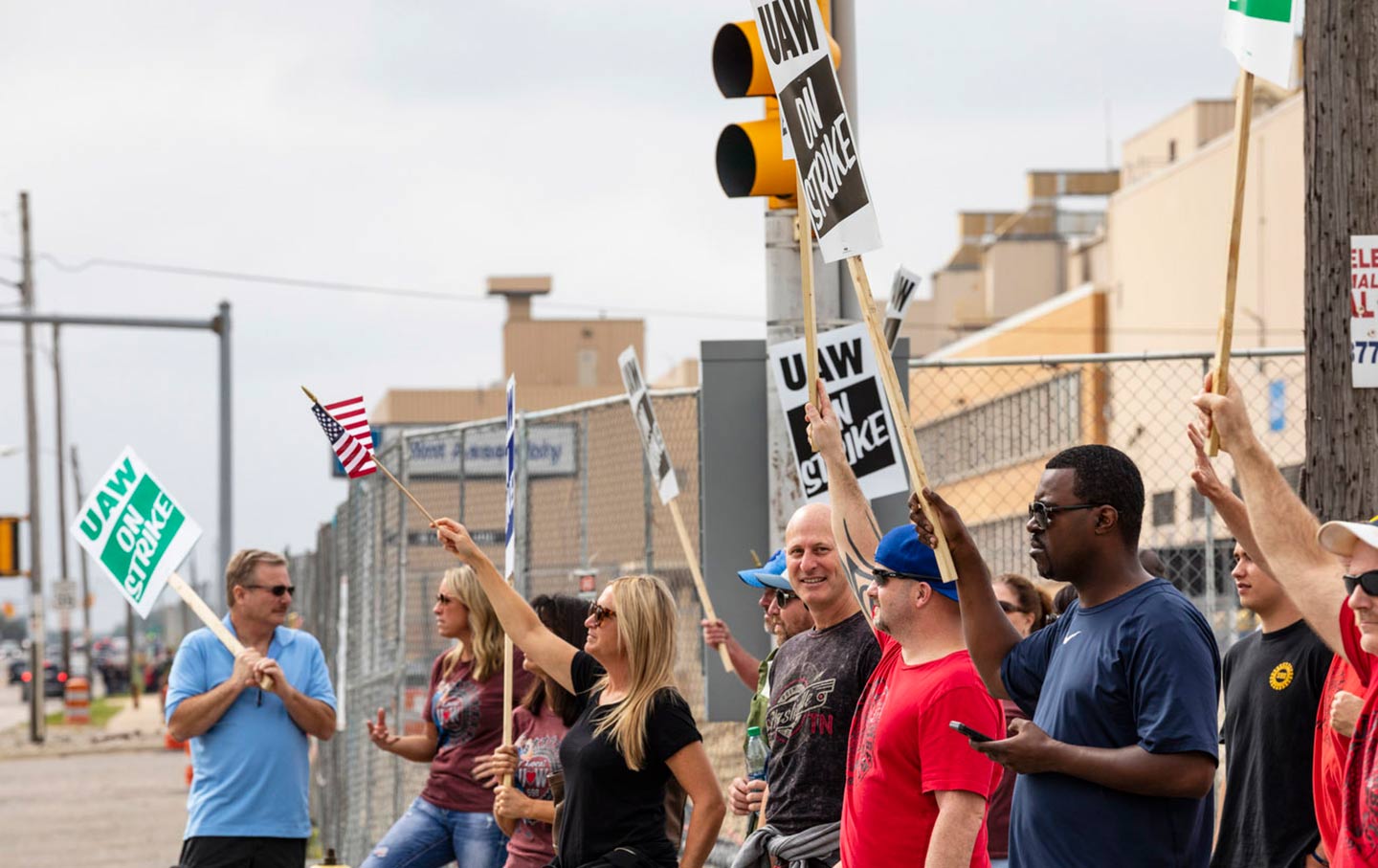 Few people know what’s really happening behind closed doors as General Motors executives and UAW officials try to hammer out an agreement to end their now seven-day-long strike. Some of the leaks reported in the media over the weekend suggest that thanks to worker pressure, one or two of the plants previously slated for closure might remain open, which is great news. There’s talk that the Lordstown plant might be converted to an electric-car battery plant, but the company is apparently insisting that if it does, the number of jobs will be vastly reduced, and pay much lower wages. But if unionized, family-supporting jobs get traded off for cleaner but fewer, lower-paying jobs, the path to climate justice will not be advanced, but will suffer a serious setback.

Against the backdrop of the United Nations Climate Summit, and with the excitement still palpable after 4 million young people marched to demand bold solutions to the climate crisis, it is vital to understand this. A power analysis of how to win desperately needed regulatory change underscores the importance of overcoming deep divisions on the issue both among unions and between some unions and the environmental movement. One climate justice group, Sunrise, has been vocal in its support for the employees walking the picket lines at General Motors. But nary a word has been heard from most of the big environmental groups. Yet the number-one priority for every organized group supporting bold climate solutions has to be winning a settlement that is good for the autoworkers—one that guarantees that any transition to electric-oriented jobs in the GM plants will preserve the workers’ union contract, create permanent jobs, and offer wages and benefits of the same standard as those enjoyed by full-time GM workers before the Great Recession.

Anything less would create a damning storyline that would persist as a wedge issue, driving the narrative that a clean, green economy would mean substandard wages and a greatly diminished number of available jobs. Since the recession, General Motors has received close to $50 billion in subsidies; $11 billion of it has yet to be paid back to US taxpayers. Every dime of that money, plus whatever supplemental funds are needed, should be channeled into helping the autoworkers maintain their employment at their current rates of pay, whether the plants remain open for building electric-powered cars, small trucks, or, hell, buses or trains—we’ll need all of those in the immediate future. What we don’t need is more destruction of family- and community-supporting jobs.

Vocal support for the workers on the picket lines is great, but every bit of active, practical support needs to be channeled into winning a solution that links solving the income inequality crisis with saving the planet. September 23–29 has been officially declared Climate Week 2019, during which “businesses, governments, academic institutions, arts organizations, individuals and nonprofit organizations are invited to participate in the week-long events program, including panel discussions, concerts, exhibitions, seminars, and more.” The United Nations General Secretariat is hosting a one-day climate summit today. Why not shift the focus and attention to creating a new storyline, showing that we can have economic and environmental justice, a win for GM workers, and a resilient planet for their children’s future?

Yes, we need to decarbonize to save the earth, and to do it, we’ll have to allow far fewer cars on the road in the long run. But in the short run, there’s no strategic opportunity bigger or more important for the economy or the earth than setting up a worker-environmentalist alliance and a worker-friendly transition from gas-powered vehicles to electric. A real win by the GM workers, with active and aggressive and measurable support from the major environmental groups, would be a massive victory that would propel the movement for climate justice forward. There’s no time to waste.