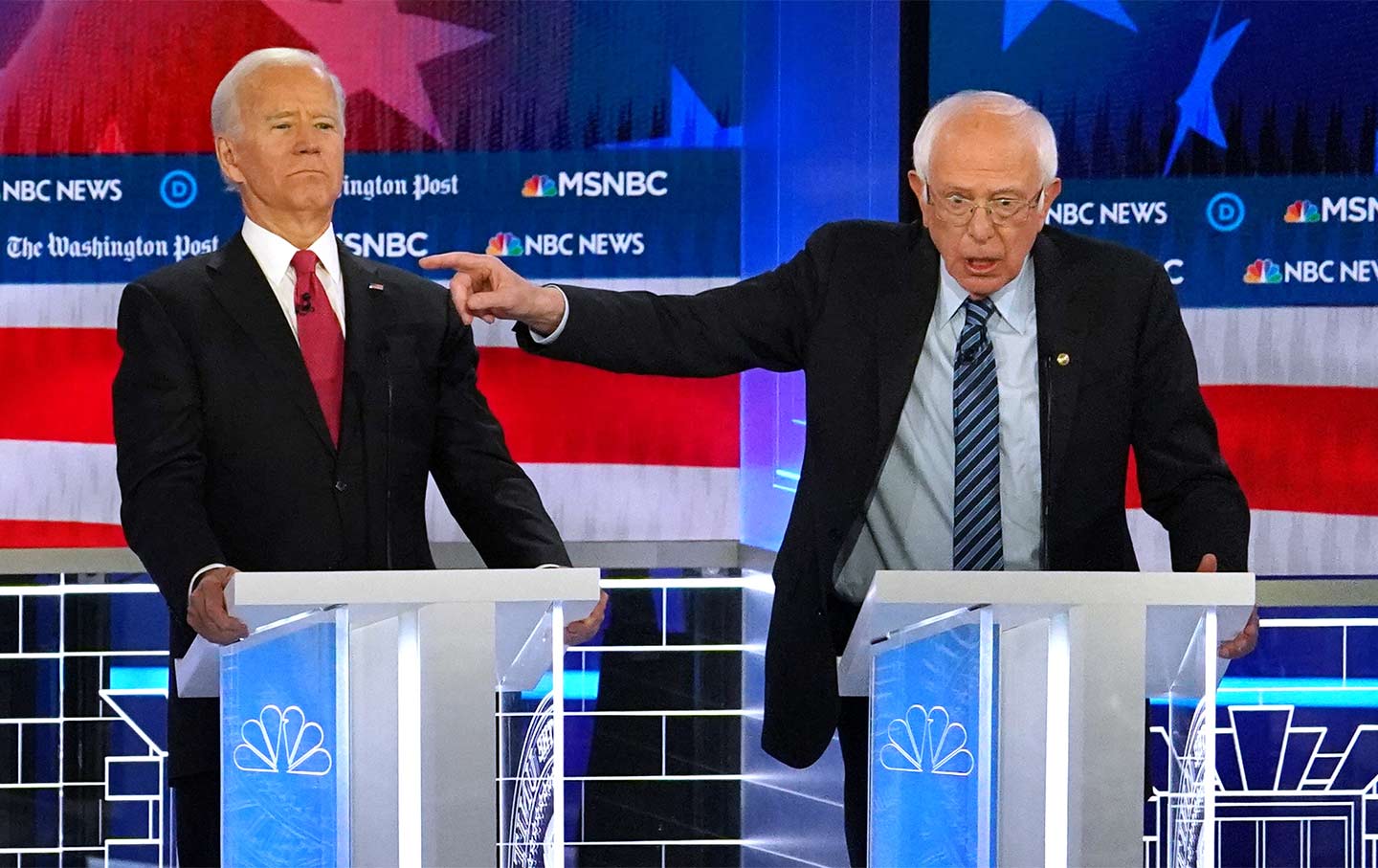 Environmentalists have rightly complained that climate change—far and away the biggest issue facing humanity—gets left out of presidential primary debates. Indeed, aside from a CNN forum which was not really a debate, climate is the most ignored of major issues. On Wednesday night, MSNBC host Rachel Maddow changed this by asking about the topic. Unfortunately, the discussion was only 12 minutes long—and most of it was taken up with candidates’ blaming each other rather than offering much in the way of concrete proposals.

Tulsi Gabbard cast aspersions on “hyper-partisanship” in Washington for failing to solve the climate. This is a bizarre claim, since it fails to acknowledge the hold of climate change denial among the Republicans (Donald Trump, after all, sees climate change as a “hoax” created by the Chinese government). Further, Gabbard’s comment fails to acknowledge that some Democrats, notably in West Virginia and the Michigan, are also reluctant to deal with the problem. Partisanship is really not the problem with climate, but rather the addiction of some parts of society to fossil fuels.

Billionaire Tom Steyer indicated that he thinks Congress won’t be able to deal with climate and that the answer instead is to have a president who makes the issue a priority. Such a president, he seemed to suggest, could use executive orders to transform the government. “I would make this the number-one priority,” he said. “Vice President Biden won’t do it.”

“I don’t really need a kind of lecture from my friend,” Biden replied, in what may have been the first attack on Steyer during the 2020 campaign. “While I was passing a first climate change bill and was in fact a game changer, while I managed the $90 billion recovery plan investing more money in infrastructure that related to clean energy than any time we’ve ever done it, my friend was introducing more coal mines and produced more coal around the world, according to the press, than all of Great Britain produces.”

Steyer responded by saying that climate change is caused by everyone’s actions, since we all use fossil fuels. While abstractly true, this response didn’t address the political problem of how to solve the problem.

“Congress has never passed an important climate bill, ever,” Steyer added. “That’s why I would declare a state of emergency. If it isn’t priority number one, it isn’t going to get done.” Simply assuming a president can magically overcome the inertia of the system without building a political coalition is naive and unconvincing.

Bernie Sanders brought the discussion back to reality by zeroing in on the fact that some powerful people are more responsible than others. Sanders pointed out that the fossil fuel industry bears the burden of responsibility: “Their short-term profits are not more important than the future of this planet.” Sanders suggested they were “possibly criminally liable, because they have lied and lied and lied. Maybe we should think about prosecuting them.”

As climate journalist Eric Holthaus noted, “In his two substantive mentions of climate tonight, Bernie Sanders has focused aggressively on going after the fossil fuel industry. This is an intentional strategy to create social and cultural pressure for revolutionary change against the root cause of the climate emergency.”

But even Sanders didn’t get a chance to go into the details of what a real climate plan would involve. He wasn’t able to speak about the Green New Deal or reorienting American foreign policy to deal with climate. The climate discussion was too short, too focused on casting blame, and not devoted to policy details.

A brief climate discussion is better than nothing, but the debate in Atlanta shows how much further we have to go before climate gets the attention it deserves. Candidates like Sanders and Steyer should lobby for dedicated segments on climate in future debates.