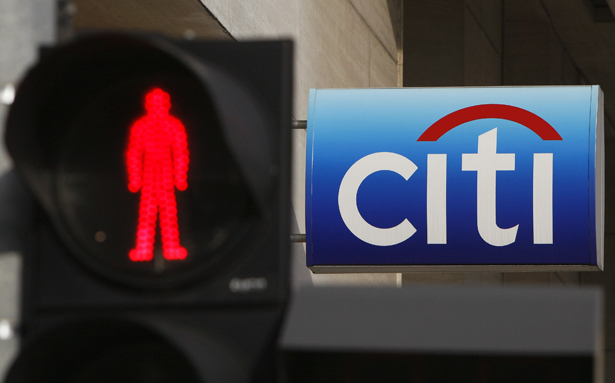 Barack Obama’s Justice Department on Monday announced that Citigroup would pay $7 billion in fines, a move that will avoid a humiliating trial dealing with the seamy financial products the bank had marketed to an unsuspecting public, causing vast damage to the economy.

Citigroup is the too-big-to-fail bank that was allowed to form only when Bill Clinton signed legislation reversing the sensible restraints on Wall Street instituted by President Franklin Roosevelt to avoid another Great Depression.

Those filled with Clinton nostalgia these days might want to reflect back on how truly destructive was his legacy for hardworking people throughout the world who lost so much due to the financial shenanigans that he made legal.

“Today what we are doing is modernizing the financial services industry, tearing down those antiquated laws and granting banks significant new authority,” a beaming Clinton boasted after signing the Financial Services Modernization Act into law in 1999.

Called the Citigroup authorization act by some wags at the time, those antiquated laws, the Glass-Steagall Act primarily, had put a safety barrier between the high rollers in Wall Street investment firms and the staid commercial banks charged with preserving the savings of ordinary folk. The new law permitted them to merge.

Clinton handed the pen that he used in signing the new law to Citigroup Chairman Sanford Weill, whose Citicorp had already merged with Travelers Group before the law was even officially changed. On an earlier occasion, Weill had informed Clinton about his merger plans in a telephone conversation. After hanging up, Weill then bragged to his fellow banking executive John S. Reed, who was on the call, that “we just made the president of the United States an insider,” according to Wall Street Journal reporter Monica Langley in her book on the Citigroup merger.

In 2000, just before leaving office, Clinton went much further in radical deregulation of the financial industry when he signed the Commodity Futures Modernization Act. In one swoop this eliminated from the purview of any existing regulation or regulatory agency the new financial products, including the mortgage-backed securities at the heart of the financial meltdown and the subject of the $7 billion fine levied in what has to be viewed as a copout deal.

This is not just because the fine is paltry compared with the far greater damage Citigroup wreaked upon working Americans who lost so much but because, without a trial, there will be no public accountability of the cynicism that Citigroup’s leaders visited upon unknowing consumers.

That cynicism begins with Robert Rubin, who was selected from his leading position at Goldman Sachs to be Clinton’s Treasury secretary. It was Rubin who as much as anyone is responsible for pushing through the legislation that ended the effective regulation of Wall Street and made the merger of Travelers Group and Citicorp possible. Rubin was a darling of the mass media while in office, and the fawning adulation continued even as he moved through the revolving door and took a $15 million a year job with Citigroup, the megabank he had helped make legal. Rubin was at Citigroup during the years when it engaged in most of the practices involving subprime and other questionable mortgages that resulted in the fines the bank must now pay.

Rubin’s deputy in the Treasury Department, Larry Summers, who replaced him for the last years of the Clinton administration, was particularly important in pushing through the legislation that freed Collateralized Debt Obligations from any regulation. Summers worked to silence Brooksley Born, the heroically prescient chair of the Commodity Futures Trading Commission who had warned of the dangers posed by unregulated CDOs. Her reward for such insight was to be denied reappointment by Clinton and denounced by Summers.

Summers set the gold standard for out-of-touch stupidity when he testified before a Senate committee that the “largely sophisticated financial institutions” were “capable of protecting themselves from fraud and counterparty insolvencies,” and “given the nature of the underlying assets involved—namely supplies of financial exchange and other financial interest—there would be little scope for market manipulation.”

Summers later made $8 million in 2008 in speaking fees from Citigroup and other banks and consulting for a hedge fund before being tapped by Obama to be his top economic adviser. Summers was instrumental in guiding the Obama administration’s efforts to keep the bankers whole while largely ignoring the fate of their victims.

The collapse of the derivative market that Summers predicted was immune to “fraud and counterparty insolvencies” plunged US household worth $16 trillion or 24 percent between the third quarter of 2007 and the first quarter of 2009, according to a study by the Dallas Federal Reserve Bank.

That’s trillions of dollars, not the $7 billion fine that Citigroup just got slapped with as a means of avoiding the harsher judgment in a court of law that the bank and its politician enablers so richly deserve.