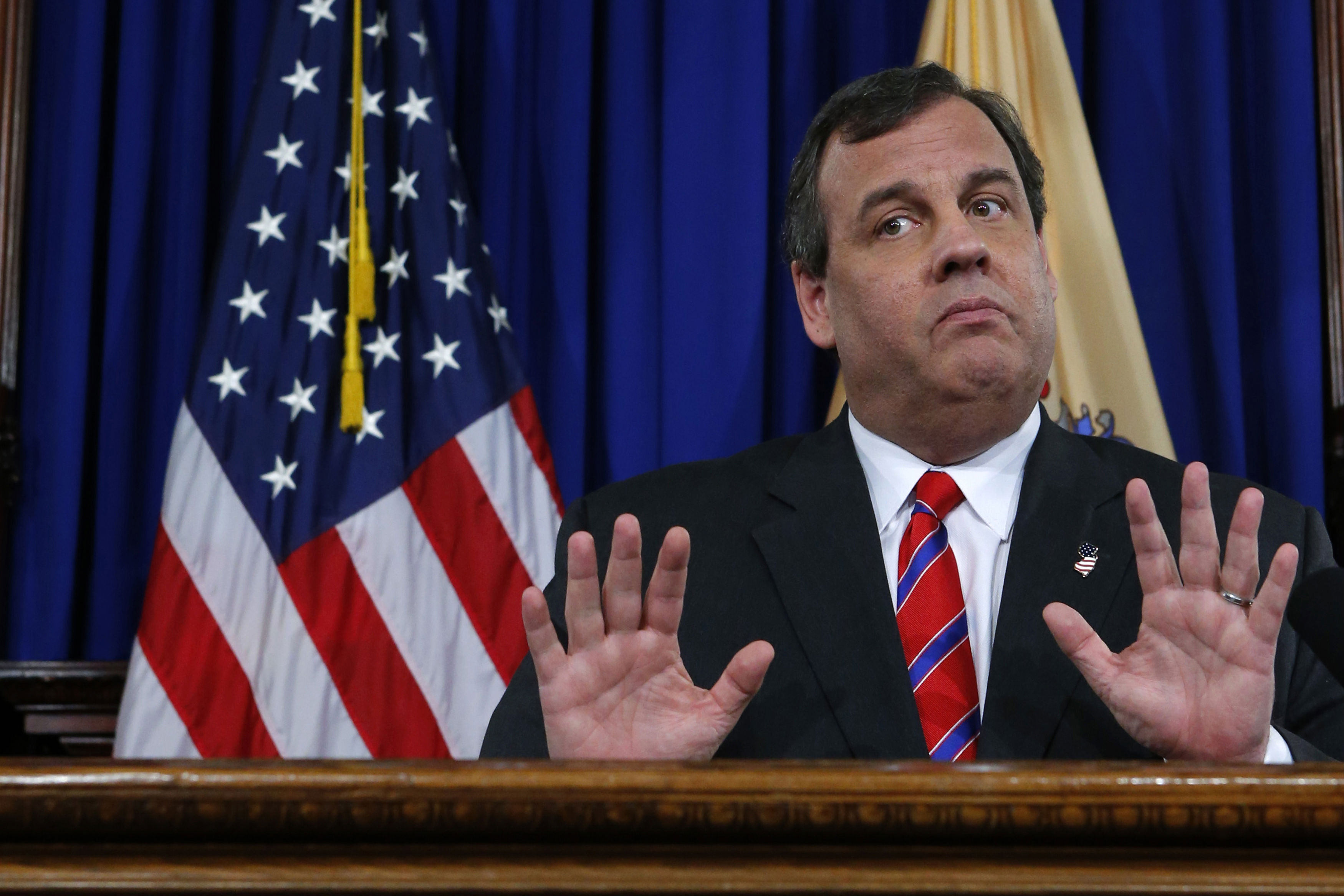 Since the Democrats have pretty much avoided mentioning gun control since 1994, when the Republican takeover of the House of Representatives was largely (though mistakenly) credited to the National Rifle Association, the party can’t complain too much about Chris Christie’s veto last week of legislation that would have cut the number of bullets allowed in a magazine from fifteen to ten. Hardly a radical goal, but one calculated to win Christie support from Republican voters in 2016 primaries.

In New Jersey at least, the Democrats and local opinion makers are letting Christie know that they’re unhappy, including the Newark Star-Ledger, which in an editorial called the veto a “self-serving political stunt.”

But when Christie gets his questionnaire in the mail from Mike Bloomberg’s Everytown for Gun Safety, he can safely answer it in such a way that warms the hearts of NRA supporters and their government-hating, gun-totin’ friends in the Tea Party.

That doesn’t mean that the Tea Party is ready, just yet, to endorse Christie in 2016. As the Tea Party News Network says, they’re happy that Christie vetoed the bill from New Jersey “gun-grabbing tyrants,” but they urge the governor to stay right where he is:

As America geared up for celebrating our Independence Day, New Jersey governor Chris Christie did something very American: he stood up to gun-grabbing tyrants. While the Tea Party has soured on Chris Christie (for some very good and obvious reasons), let’s give credit where credit is due: this was the right call from Christie. Of course, this is not enough to earn him any true Tea Party support for a presidential bid (not by a long shot), but Christie’s actions prove what many Tea Partiers have long contended: that Chris Christie is the right Republican for New Jersey…and he should stay there.

In New Jersey, state legislative leaders are blasting Christie, needless to say. A lead sponsor of the legislation, Assembly majority leader Louis Greenwald, released a statement noting that Christie’s veto “came only minutes after the families of children who were killed at Sandy Hook Elementary School visited the New Jersey Statehouse to deliver petitions urging the governor to support the measure.” Greenwald’s statement said:

The governor’s action today can best be described with the words used in his own veto statement, “difficult choices are brushed aside [and] uncomfortable topics are left unexplored.” I would imagine this is a very uncomfortable topic to [discuss] with conservative voters in Iowa and New Hampshire.

High-capacity magazines have no purpose other than to kill as many people as possible as quickly as possible. They do not belong on our streets. The governor’s veto is an insult to the families of gun violence victims who have fought to make sure that others did not have to suffer as they have. His veto is an insult to our residents who deserve additional protections.

The Star-Ledger reported that in New Hampshire, whose electorate is essential to Christie’s presidential hopes—the New Jersey governor is heading to Iowa next week, but he isn’t strong in the state, which is dominated by conservative Christians—gun control opponents warned Christie last year that they are watching him closely:

“I think it’s a step in the right direction for Governor Christie,” said Sam Cohen, vice president and CEO of Pro-Gun New Hampshire, whose state holds the first-in-the-nation presidential primary. Cohen’s group last year warned Christie that it was watching him closely, and advised him to veto four gun control bills Democrats sent him. Ultimately, Christie vetoed the two most strongly opposed by gun rights groups, and signed the other two.

There don’t appear to be any Republicans willing to challenge the NRA, at least not among the possible candidates in 2016. Christie, as a governor from the blue state where support for gun control is strong, may have once thought fleetingly about being the odd man out on gun control, but clearly no longer—if ever. So he’s decided to cash in on his pro-NRA stand as something courageous, and the same can’t be said for candidates from Kentucky, Texas or, well, Florida, where Jeb Bush hasn’t crossed the NRA. In Florida, of course, it isn’t often that anti-gun measures get to the governor’s desk, so it will be hard to find evidence of Bush vetoing a bill that the NRA didn’t like during his term as governor there. As On the Issues reports, Bush supports Florida’s pro-gun Stand Your Ground law, and while he supports the idea of instant background checks Bush favored Florida’s NRA-backed “concealed carry” laws. (The Brady Campaign to Prevent Gun Violence reports that a new Quinnipiac Poll found “that 92 percent of American voters, including 92 percent of gun owners, support requiring background checks on all gun purchases,” including 86 percent of Republicans. So that’s hardly a courageous stand by ex-Governor Bush.)

Fox News, reporting on the Bloomberg Everytown campaign, quotes an NRA leader saying that Bloomberg is “just the latest incarnation of a long line of anti-freedom billionaires who’ve tried to take on the National Rifle Association.” Actually, there haven’t been that many billionaires, anti-freedom or not, who’ve done anything at all about guns, so Bloomberg deserves credit for what he’s doing. Sadly, if the Everytown effort has any success at all, it may come in the form of eliminating a few Democratic incumbents here and there, in rural, pro-gun states and districts, who decide to challenge the NRA and create an opening for their Republican challenger.