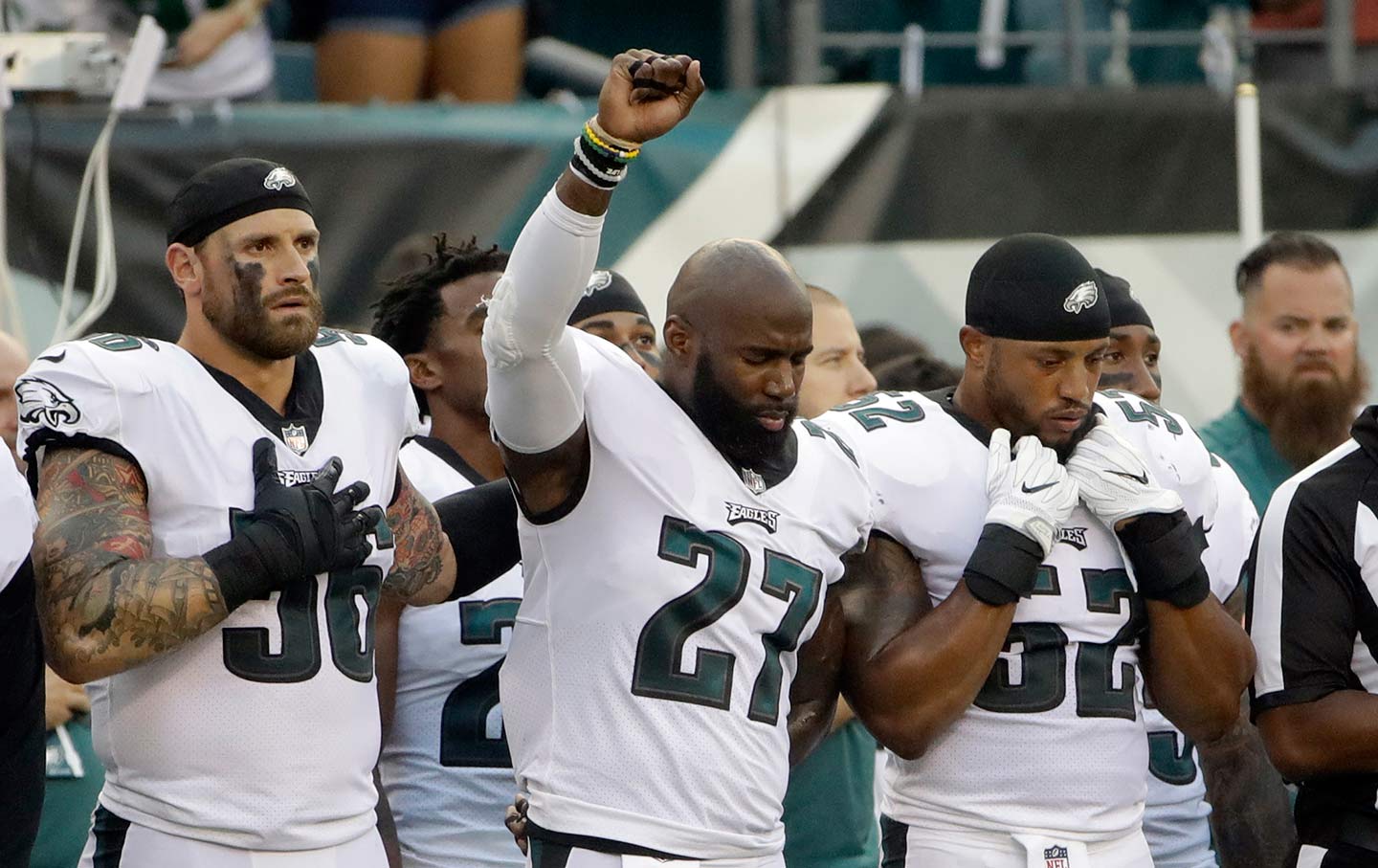 There is a hidden history of white, male professional athletes standing up against racism and taking some of arrows usually reserved for their black and brown teammates. There was Pee Wee Reese standing alongside Jackie Robinson as the racists rained down invective, saying, “Maybe tomorrow we’ll all wear 42, that way they won’t tell us apart.” There was NFL linebacker Dave Meggyesy speaking out against racism and the war in Vietnam. There was pitcher Jim Bouton standing with the anti-apartheid struggle, and there was Bill “Spaceman” Lee in his Red Sox uniform calling out the bigotry of Boston fans. More recently, NBA players like Steve Nash helped organize his team to wear Los Suns shirts to push back against anti-immigrant bashing in Arizona, and in today’s NBA, J.J. Redick has been thoughtful and outspoken about racism in the United States.

It’s not widely known, and it’s not deep, but it exists. It’s also precious because of the conversations it can open up among white families. And today, for the first time in a long time, its embers are lit.

Yesterday Chris Long, defensive end of the Philadelphia Eagles, made a very simple gesture before a preseason game by putting his arm around teammate Malcolm Jenkins as he raised his fist during the National Anthem. Malcolm Jenkins has been holding his fist high for a year and has pledged to continue doing so this season:

Last season, I raised my fist as a sign of solidarity to support people, especially people of color, who were and are still unjustly losing their lives at the hands of officers with little to no consequence. After spending time with police officers on ride-alongs, meeting with politicians on the state and federal level and grass roots organizations fighting for human rights, it’s clear that our criminal justice system is still crippling communities of color through mass incarceration.

Long, who went to UVA and is from Charlottesville, has spoken in recent days about his outrage following the Nazi march in his hometown as well as Donald Trump’s shameful response. Last night, he attached deeds to his words. After the game Long said, “It’s been a hard week for everybody. It’s not just a hard week for someone being from Charlottesville. It’s a tough week for America… Malcolm is a leader and I’m here to show support as a white athlete. I just told Malcolm, ‘I’m here for you.’”

As for Jenkins, he said, “This is a moment in time where he feels the need to kind of take that step and lead, and I appreciate that.”

Long’s actions also come, as Deadspin’s Barry Petchesky pointed out, just a day after Seattle Seahawk Michael Bennett challenged white athletes on ESPN’s SportsCenter to take some of this weight. Bennett said, “It would take a white player to really get things changed, because when somebody from the other side understands and they step up and they speak up about it …it would change the whole conversation. Because you bring somebody who doesn’t really have to be a part of [the] conversation making himself vulnerable in front of it, I think when that happens, things will really take a jump.”

This is one of those moments where the opportunity for a “big jump” is right in front of us. It will require more white athletes to stand in defense of a very basic, often empty principle that we are taught from the first time any of us take the field: A team is supposed to be like a family. Right now there is a president trying to tear that family apart. You either let that happen, or put your arm around your brother and let the world know that you won’t be divided.